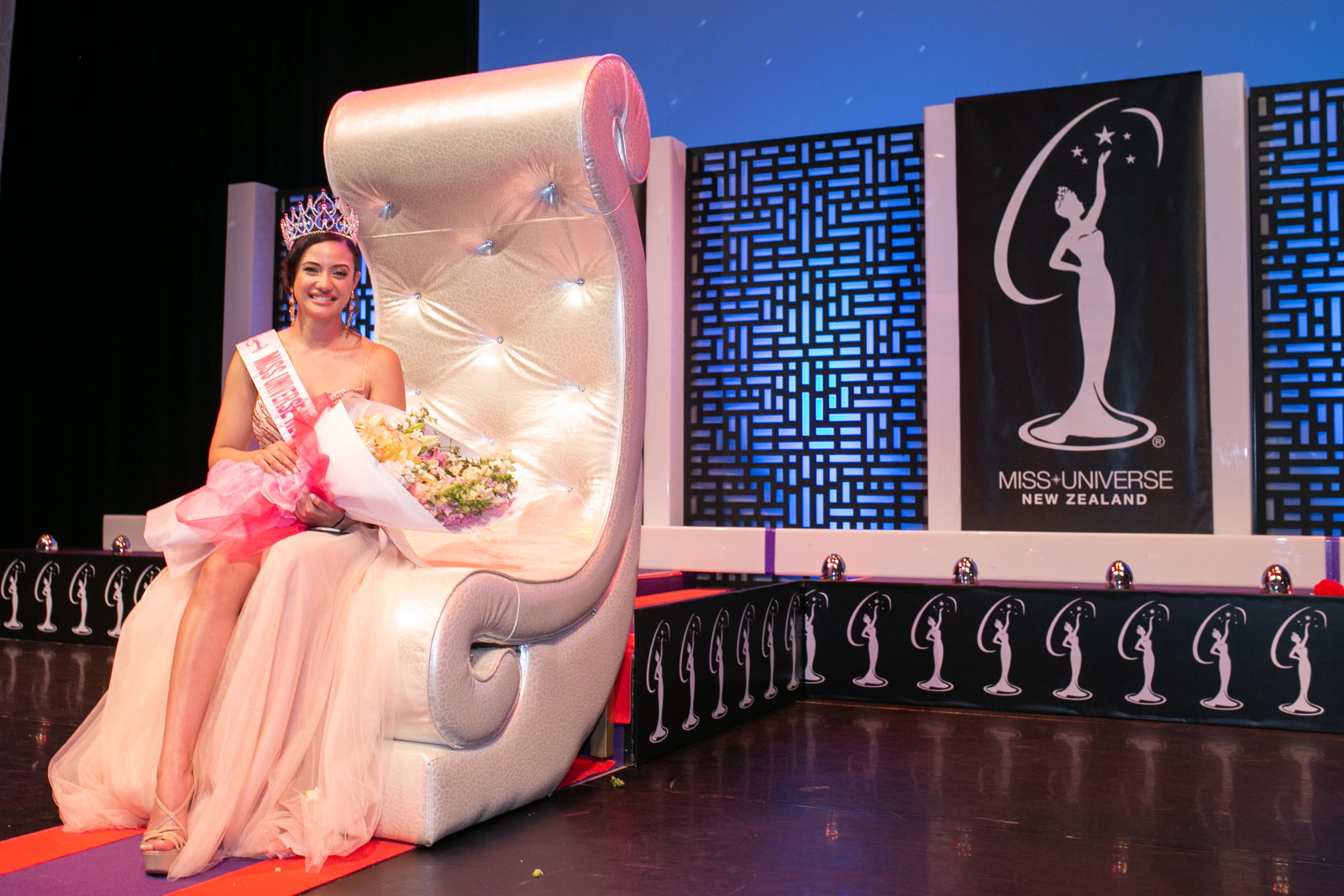 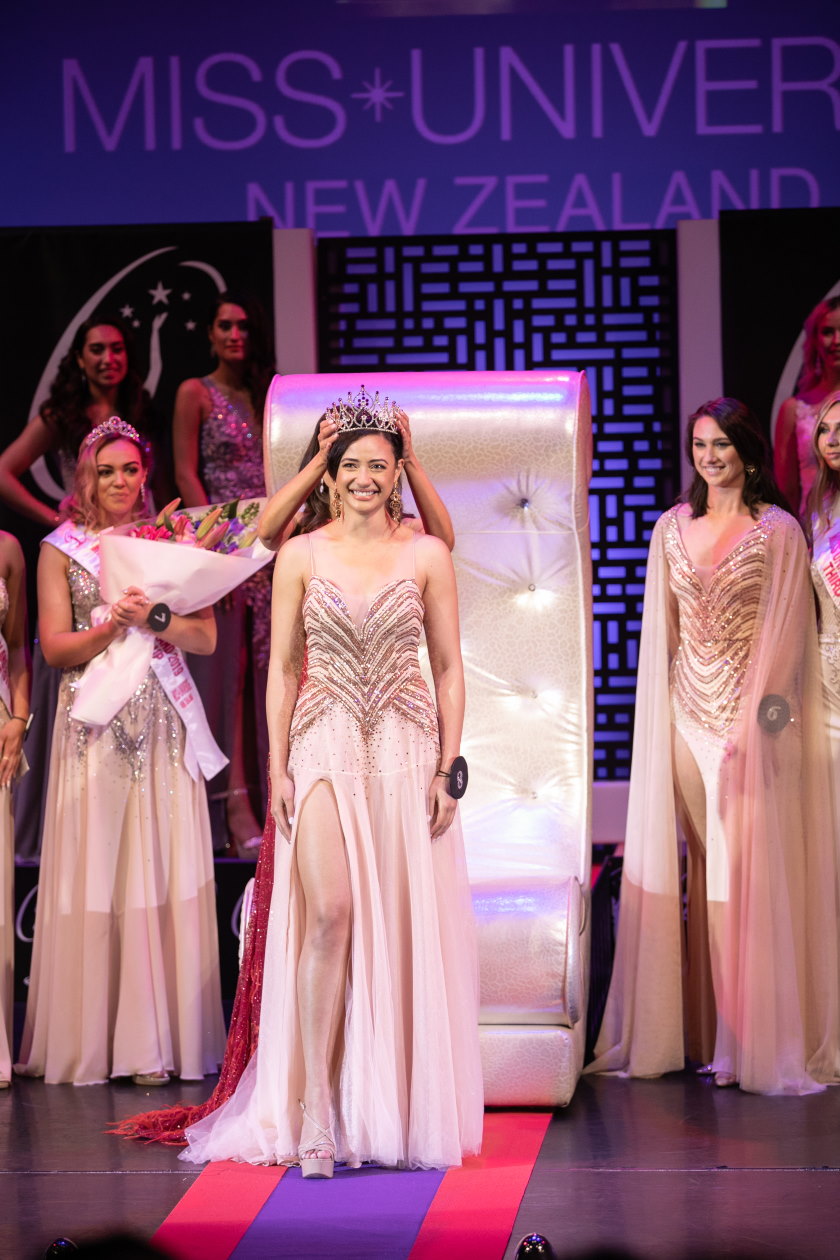 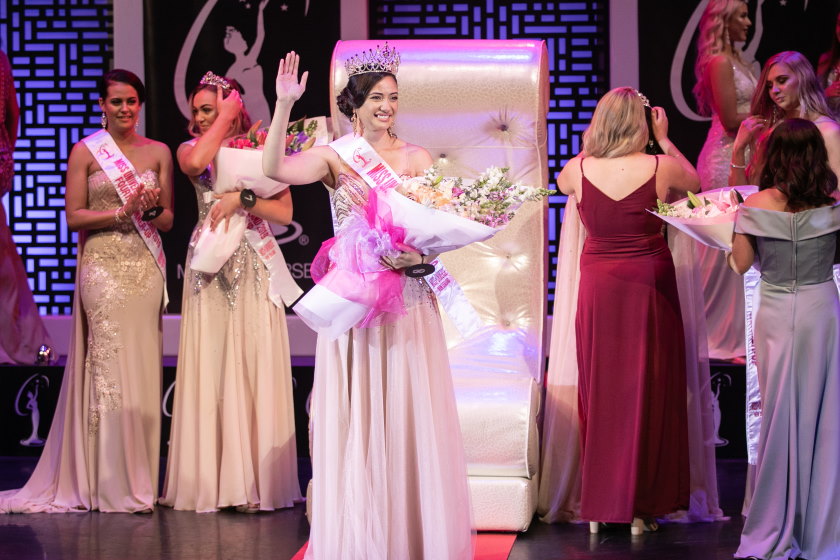 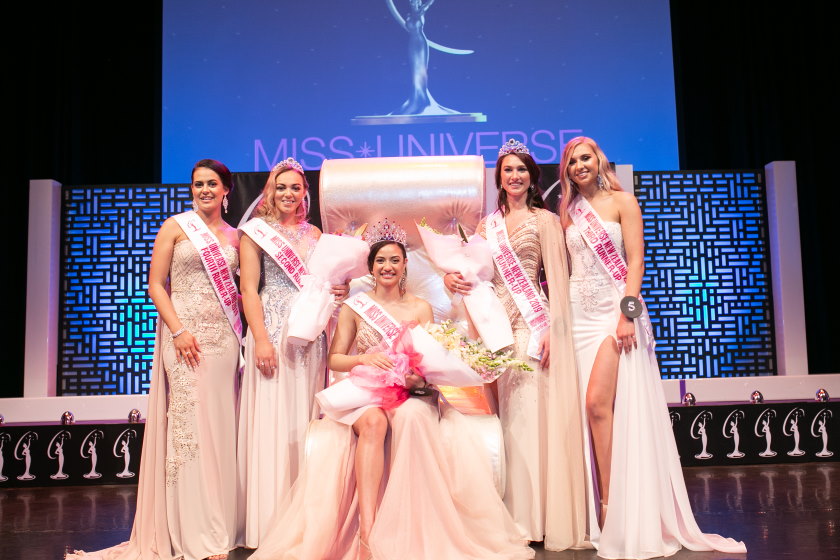 In the most tightly fought Miss Universe New Zealand competitions in years, 27-year-old Auckland stylist Diamond Langi was crowned the 2019 titleholder, with Blenheim police officer Hannah McCabe as runner-up. Wellington-based administrator Jayda Ormsby-Northcott placed third.
The competition was so close that the five judges had to deliberate away from the audience several times during the show, which was live-streamed globally via the Miss Universe New Zealand website.
Langi is of Tongan heritage and holds a master’s degree in styling, and is studying for a bachelor’s in acting and performing arts. She is also a talented musician.
The judging panel comprised of Talent Tree founder and former Miss Universe New Zealand director Evana Corric as the key judge, Miss Universe New Zealand 2016 Tania Dawson, proprietor of the Shakespeare Hotel and businessman Sunny Kaushal, Essential Talent managing director Shaun O’Neill, and choreographer Jane Strickland.
Performances tonight included songs from Eden Kavanagh, fresh from her appearances on The Voice UK and the gala fund-raiser This Is Who We Are earlier this year, and Variety Gold Heart scholarship recipient Verity Howells.
Couturier Sidney Eculla returned to design the finalists’ gowns, as well as the one worn by co-MC Holly Pollock, from TV3’s The Café.
Miss Universe New Zealand CEO Nigel Godfrey wore an extra hat tonight by MCing the event with Ms Pollock.
During the year, the finalists had visited Phuket, Thailand. They also learned first-hand about the issues at Ihumātao, by visiting the site on Wednesday, covered by TVNZ 1 News and Stuff.
Langi succeeds Auckland-based CRM and HR manager Estelle Curd, who appeared on stage with the hosts with a farewell interview.
A touching haka was performed for Ormsby-Northcott by whānau in the audience at the end of the show.
Lydia Smit, a 22-year-old student, and Charissa Rehu, a 24-year-old former flight attendant, placed fourth and fifth respectively.
Miss Universe New Zealand is decided 50 per cent by public vote, and 50 per cent by the judges.
Langi heads into a shoot on Sunday with photographer Alan Raga as her first duty as the new titleholder, and will represent Aotearoa New Zealand at Miss Universe later this year.