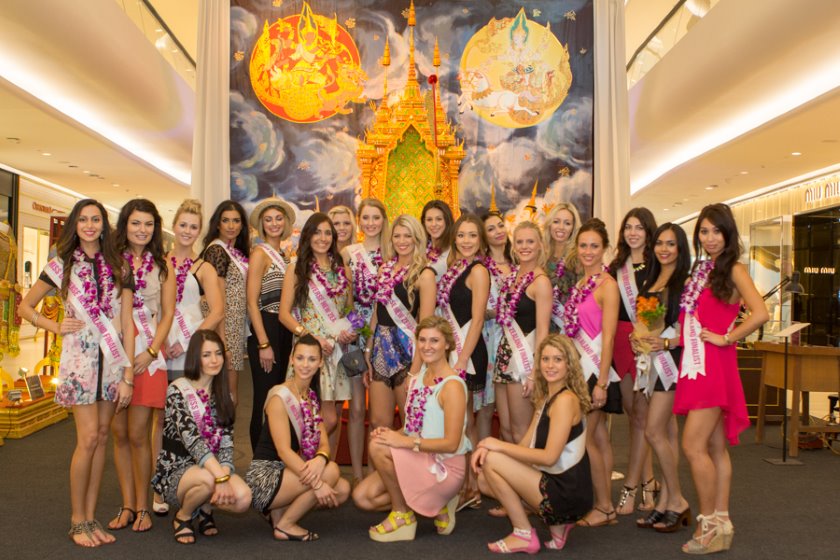 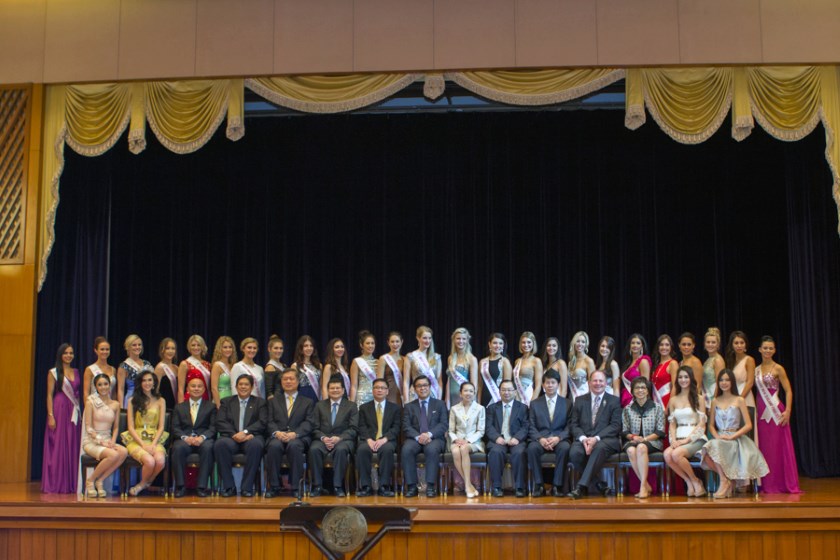 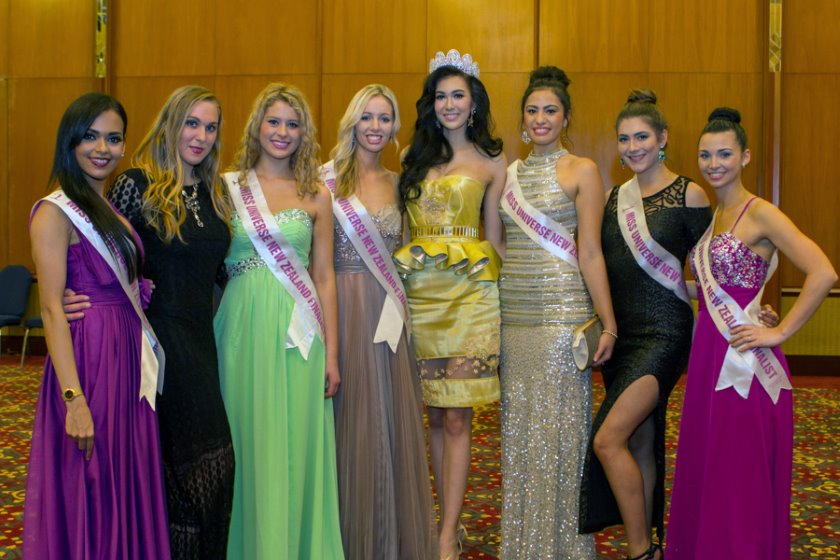 Other than the early 5.30 a.m. call to get ready for a live TV appearance on Channel 5 to 10 million viewers in Thailand, Monday saw the Miss Universe New Zealand 2014 finalists fulfil part of their diplomatic role, visiting the Ministry of Foreign Affairs for an official function hosted by Sihasak Phuangketkeow, Permanent Secretary for Foreign Affairs. The Thai Ambassador to New Zealand, HE Noppadon Theppitak, was also in attendance, amidst substantial local media interest.
It was also a day for the New Zealand national anthem, broadcast both on television in the morning and sung at the Ministry in the evening.
They met the top place holders from Miss Universe Thailand, including Pimbongkod Chankaew, who will represent Thailand at the international competition later this year.
At the ministerial event, Miss Universe New Zealand executive director Nigel Godfrey presented his opposite number at Miss Universe Thailand, Surang Prempree, a framed invitation for her titleholder to come to New Zealand later in 2014.
In addition, four contestants had a very early morning shoot with Alan Raga, again wearing Surface Too Deep and Honey & Co. swimwear, completed before 8 a.m.
Channel 5 has since uploaded its clip to YouTube, embedded below.
Godfrey notes in his interview with Channel 5, as the Thai people are justifiably concerned about their perception in international media, ‘We have seen nothing but safety … For us we could not feel safer, and that certainly is something we will be telling people in New Zealand when we go back.’
In the afternoon, the top 25 went to Central Embassy, a shopping centre in Bangkok, to try their hand at cooking traditional Thai cuisine at the Issaya Cooking Studio. Their experience has already hit the Thai press, appearing in Thairath, one of the biggest newspapers in the country.
The Miss Universe New Zealand 2014 grand final takes place at Sky City Theatre, Auckland, on September 18. The public will have a hand in deciding the winner, through text voting and through the electronic i-vote. See nextmissnz.com/top25.shtml for voting details. Further updates of the competition are on the Miss Universe New Zealand Facebook and Instagram, with hashtags #missuniversenz and #munz14. 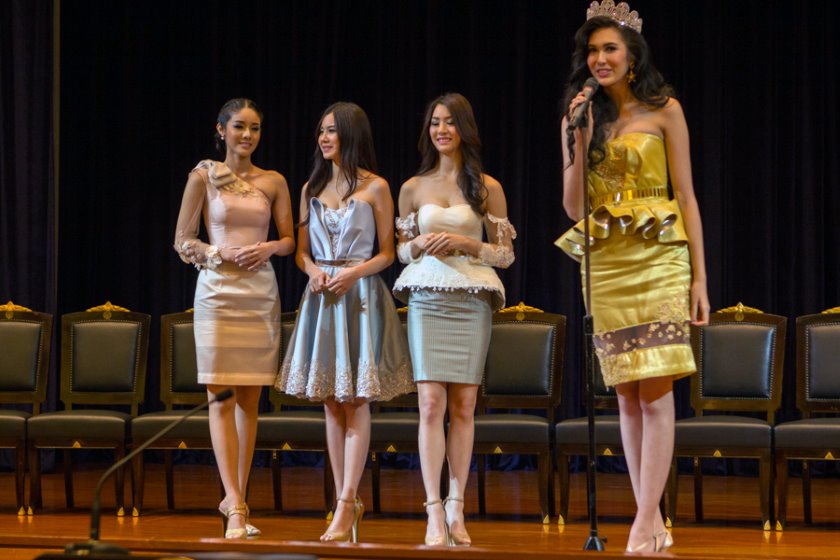 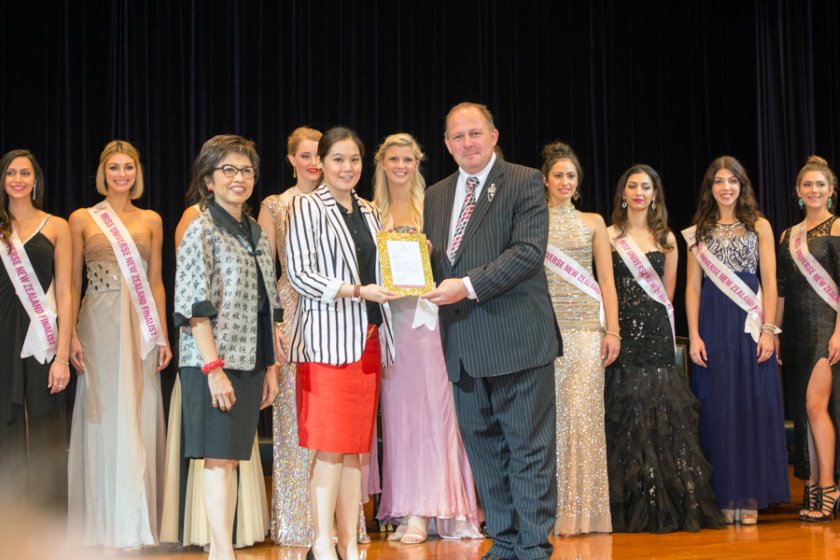 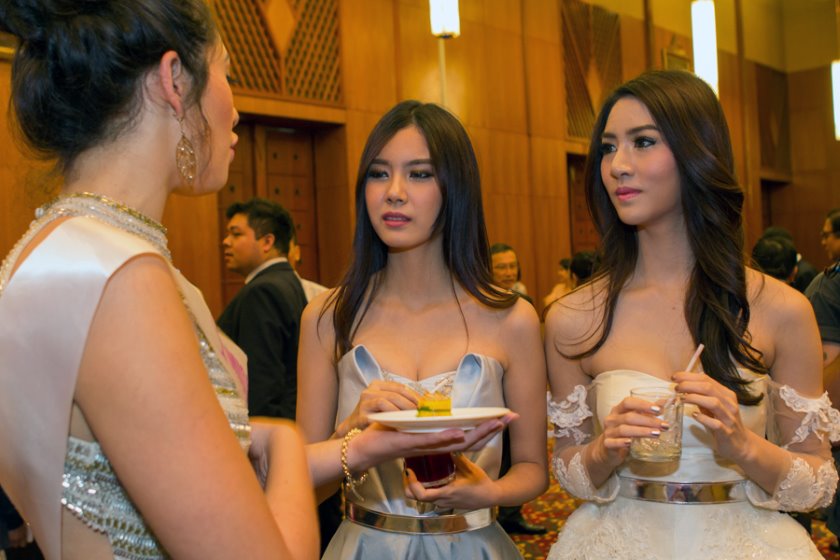 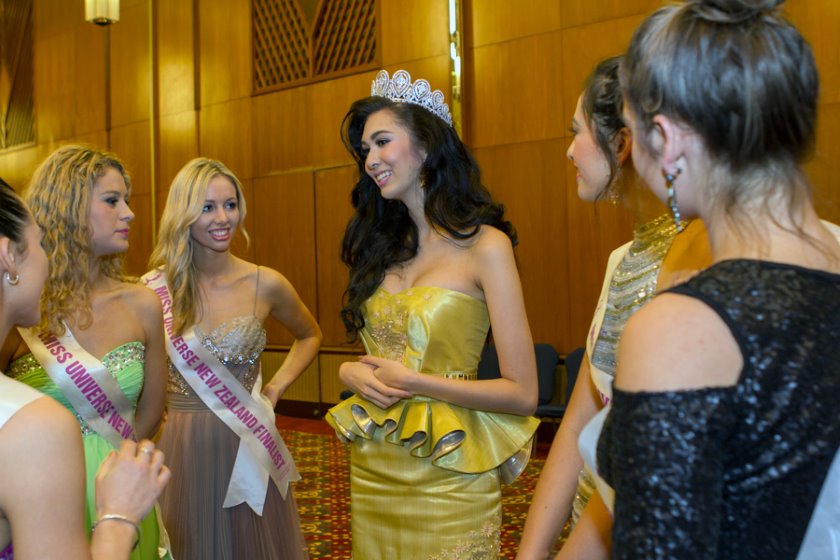 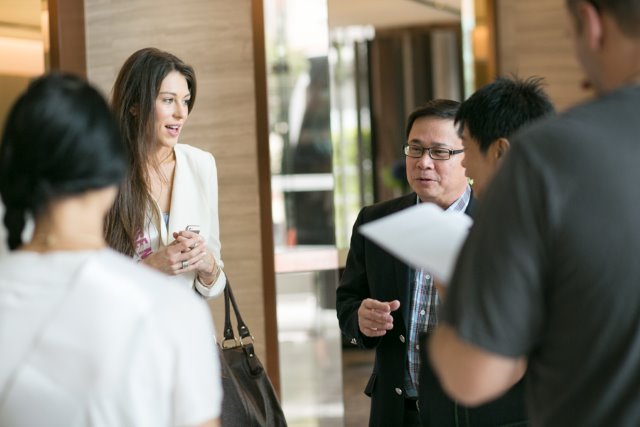 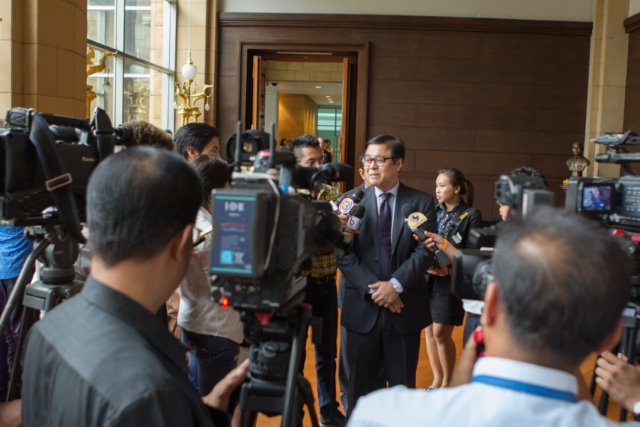 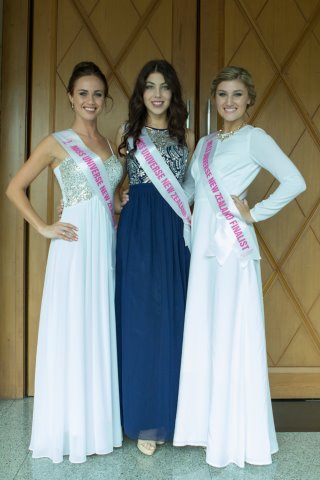 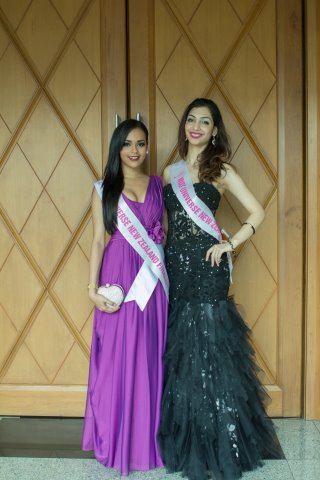 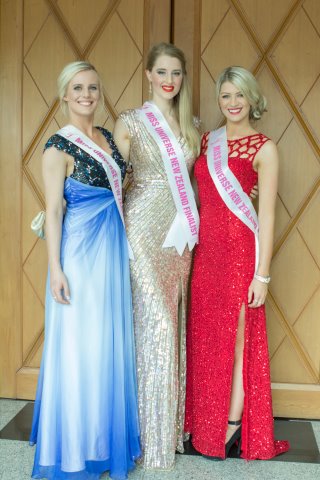 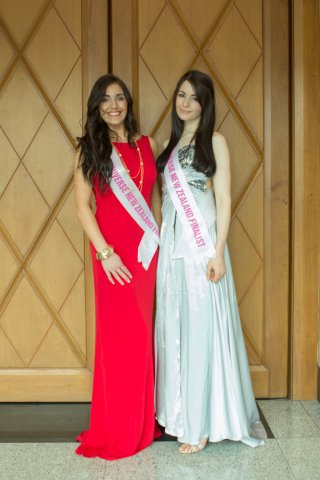 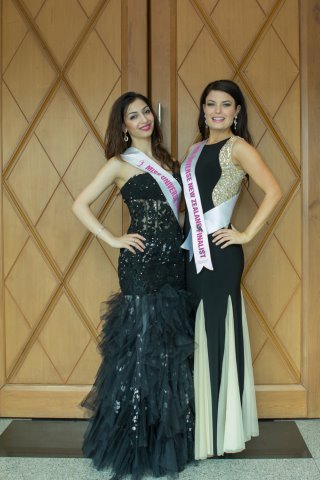 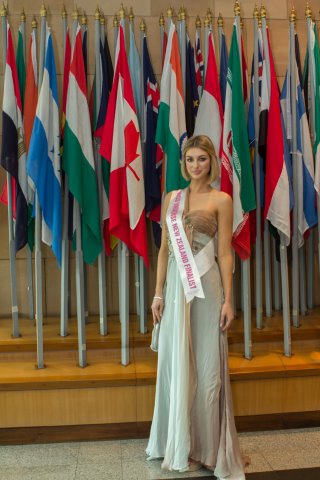