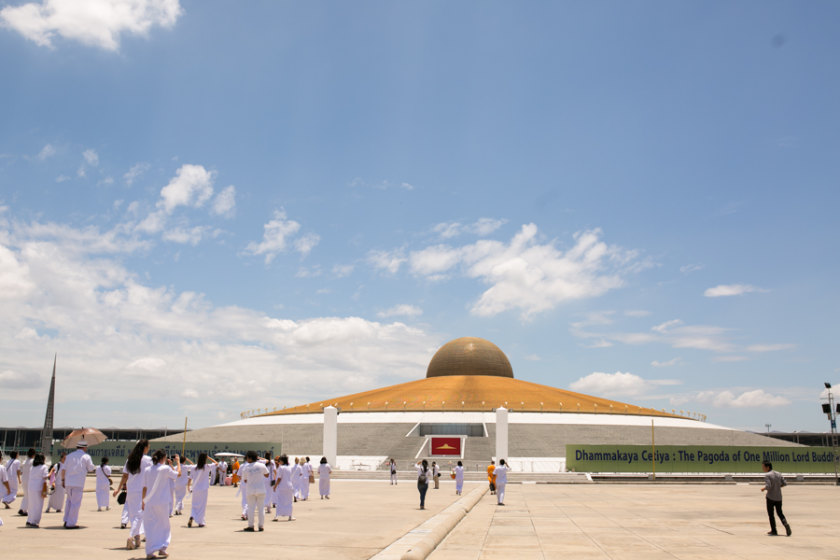 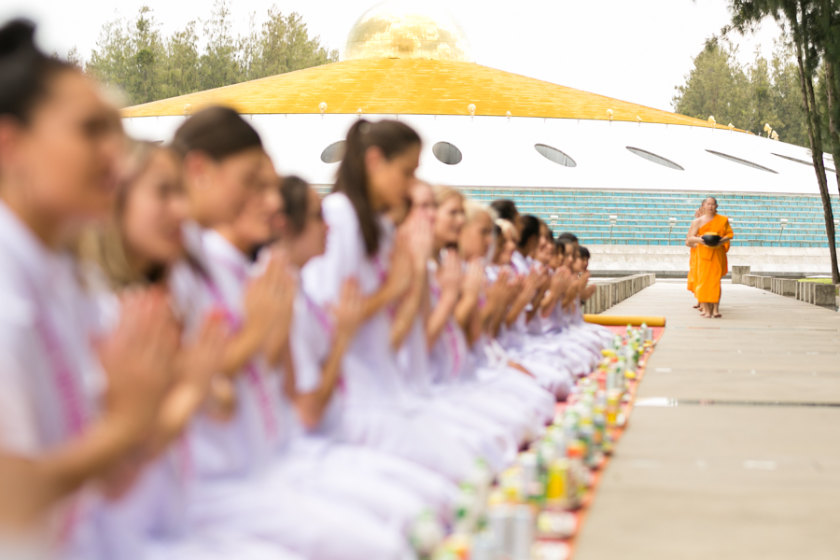 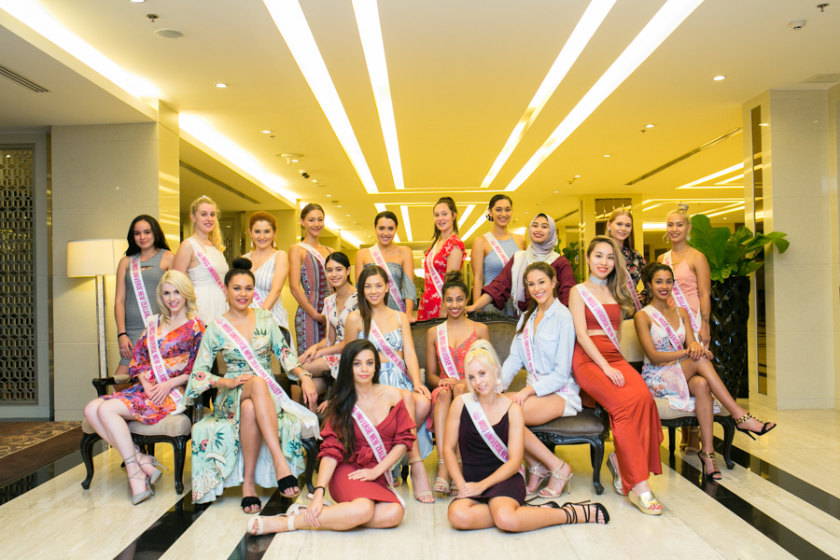 Miss Universe New Zealand’s 2018 retreat in Thailand continued its first leg in Bangkok, with finalists heading out from their base at the Pathumwan Princess Hotel on day two to the nearby Novotel Bangkok on Siam Square, for a lunch and dessert. More photo shoots took place from the afternoon, before returning to the Pathumwan Princess Hotel for a cocktail party and activities at its Olympic Club.
Day three was deeply meaningful to many of the finalists, as well as the reigning Miss Universe New Zealand, Harlem-Cruz Atarangi Ihaia, when they headed to Dhammagai Temple, immersing themselves in Buddhist culture, including a one-hour meditation session. It was a requirement that they all dressed in white (which was organized by the temple). They toured the One Million Buddha Pagoda and participated in an almsgiving. The temple hosted a well-being lunch, before the president of the Dhamakaya & Global Light of Peace group welcomed the finalists, and invited Miss Universe New Zealand CEO Nigel Godfrey, and whomever will win the 2018 title, to participate in their event in Australia in September 2018, and the Buddhist lighting festival in Thailand in February 2019.
The day of relaxation hadn’t finished: from 3 p.m., they attended the Let Relax Spa at the Mandarin Hotel. The Mandarin Hotel Bangkok hosted dinner for the contestants, before they headed off to Asiatique for shopping.
Once again, Lucire features official photographs by Alan Raga, including some that have not been published till now. 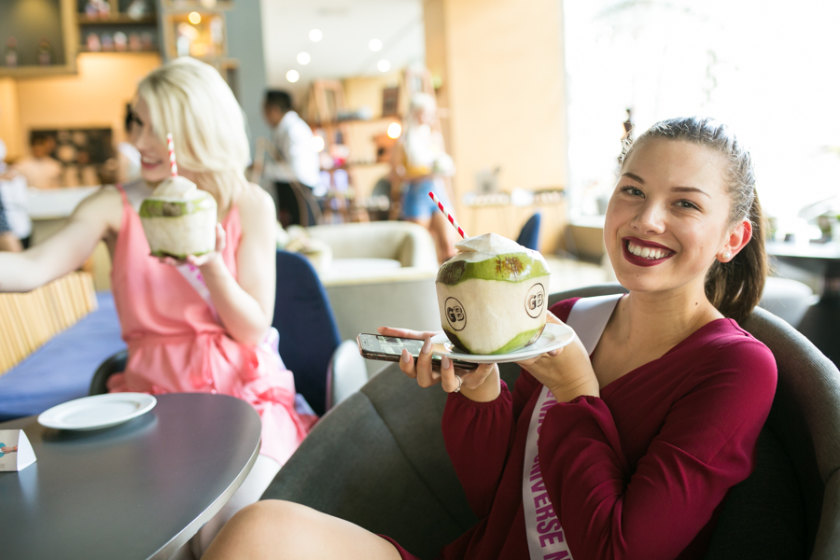 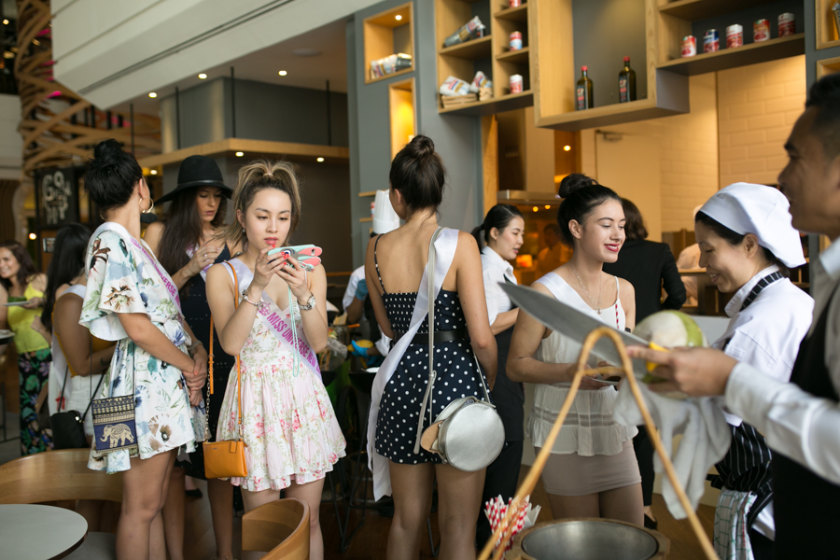 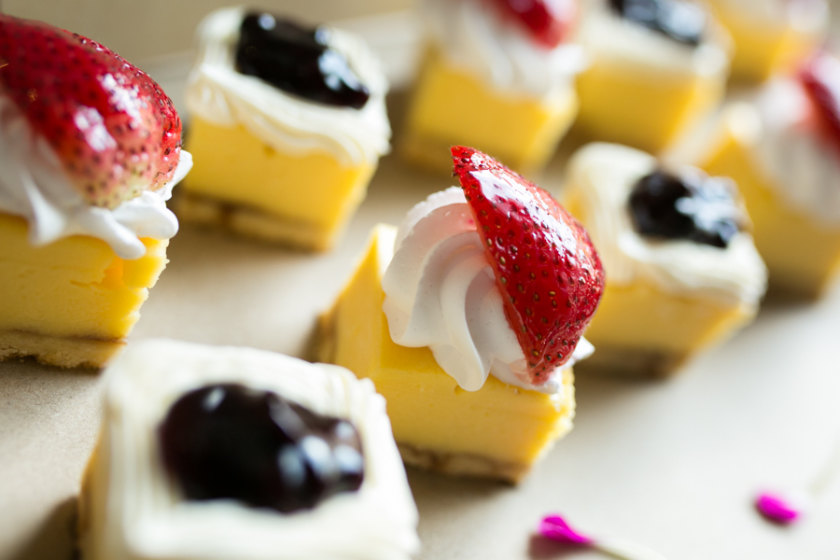 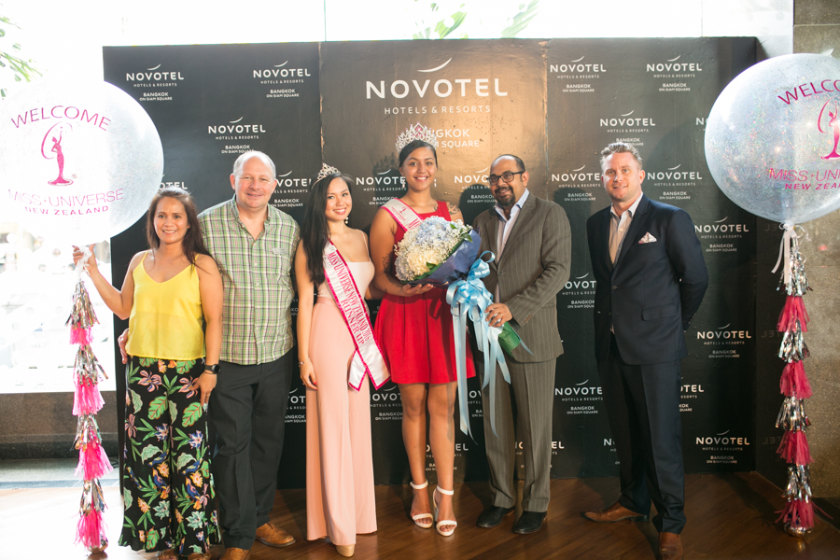 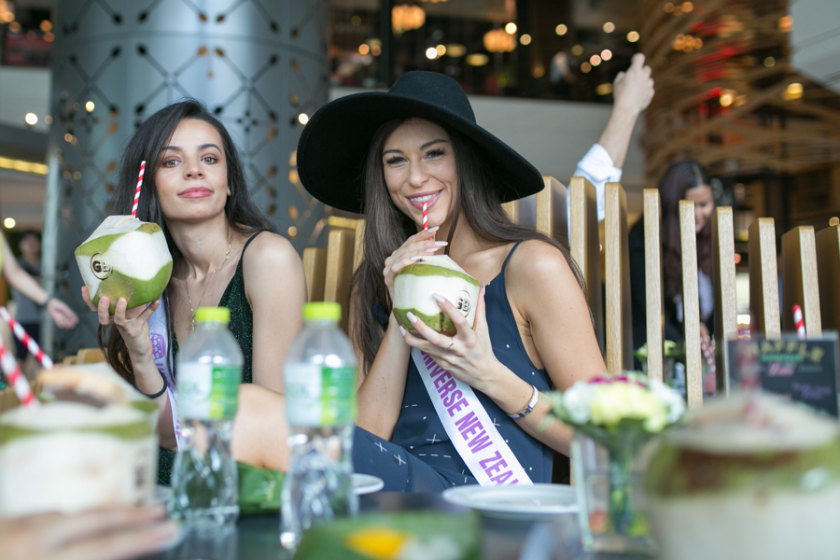 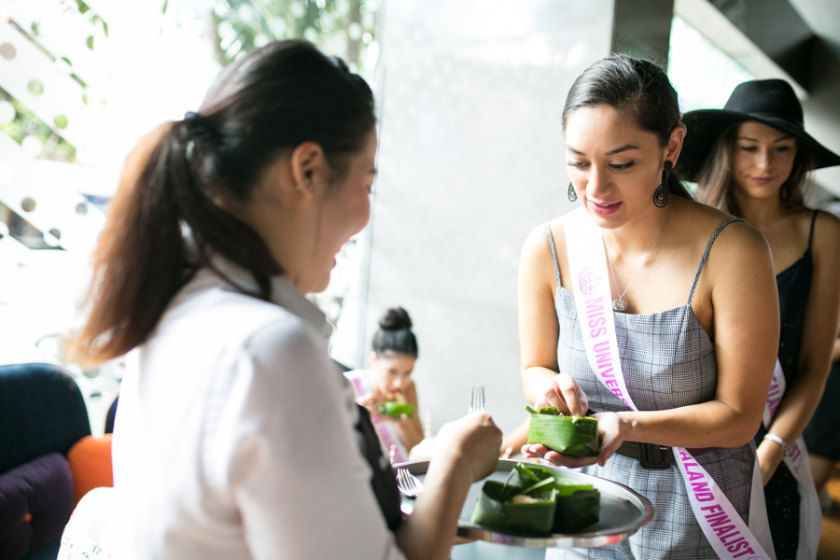 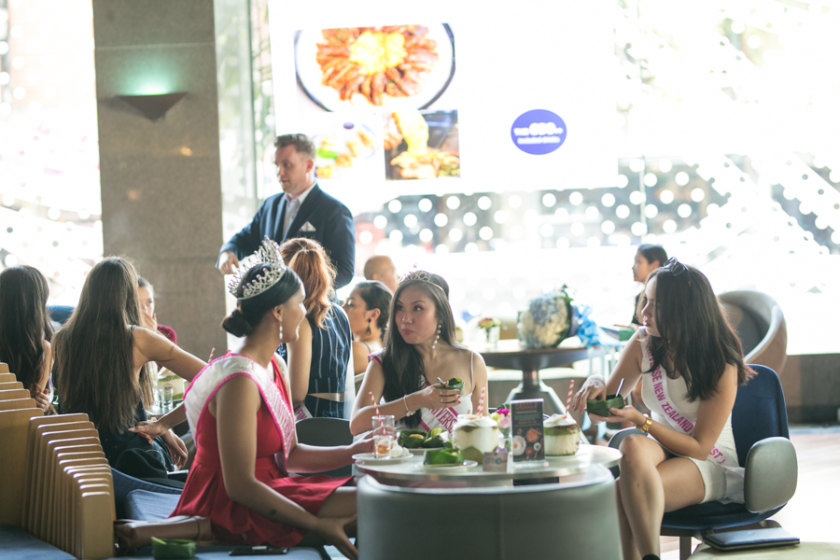 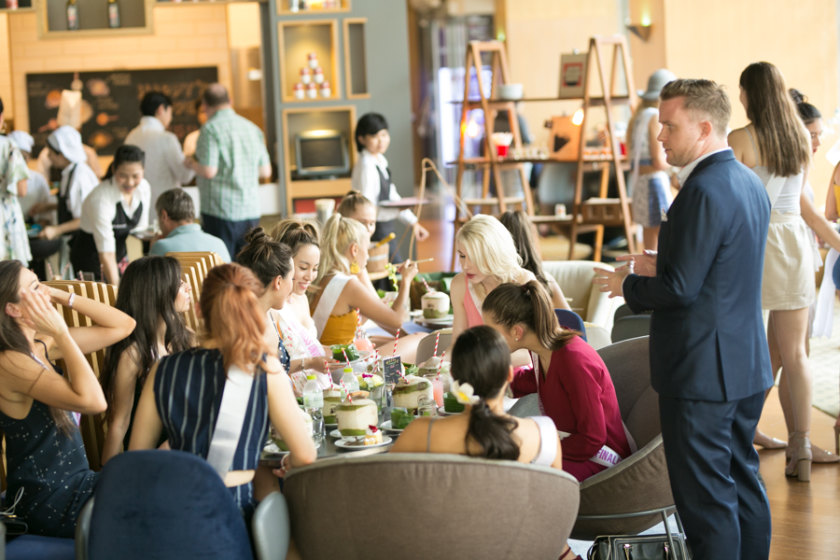 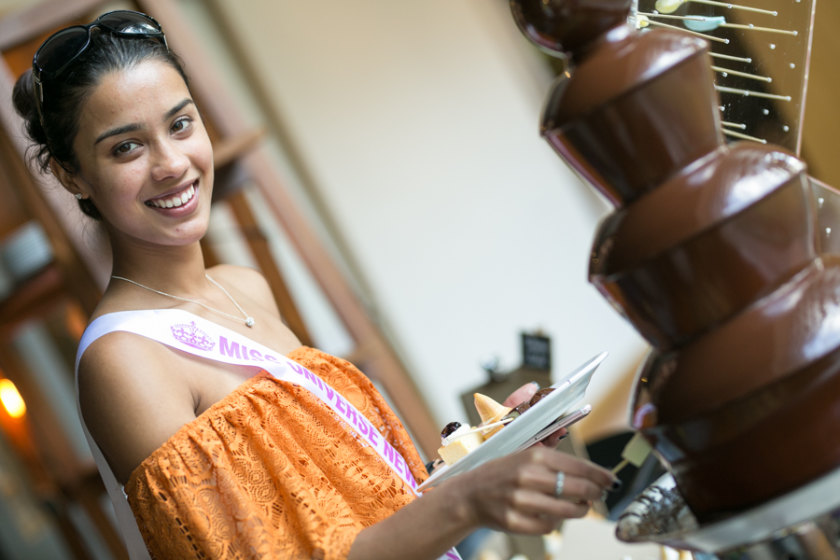 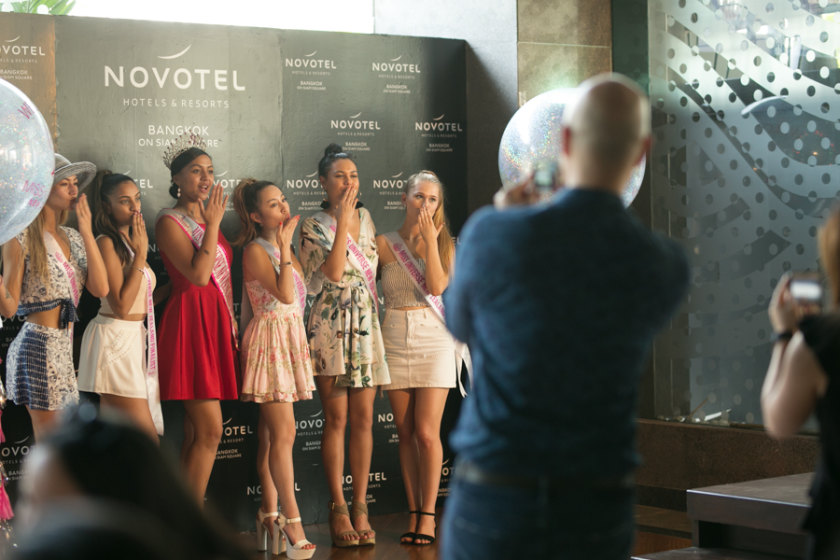 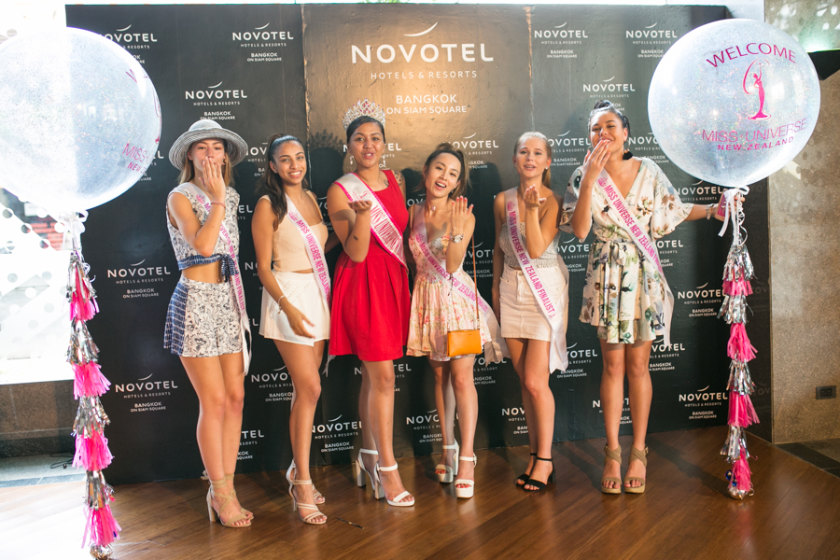 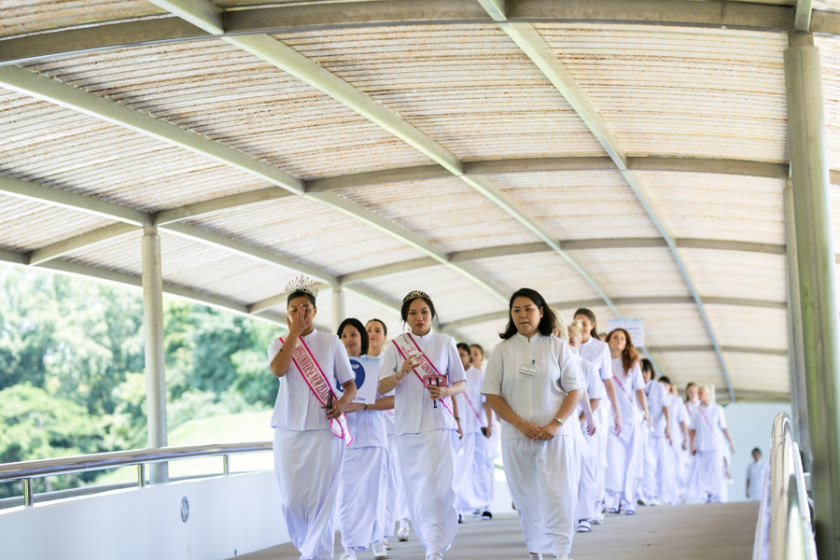 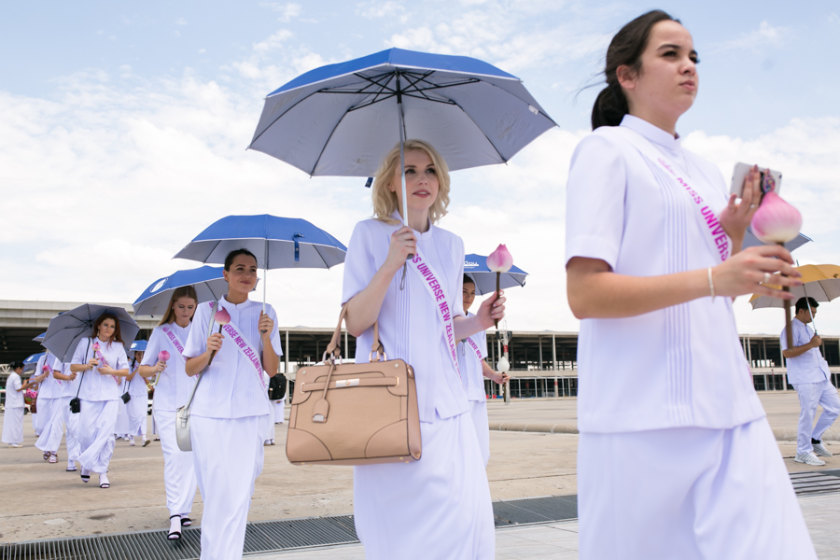 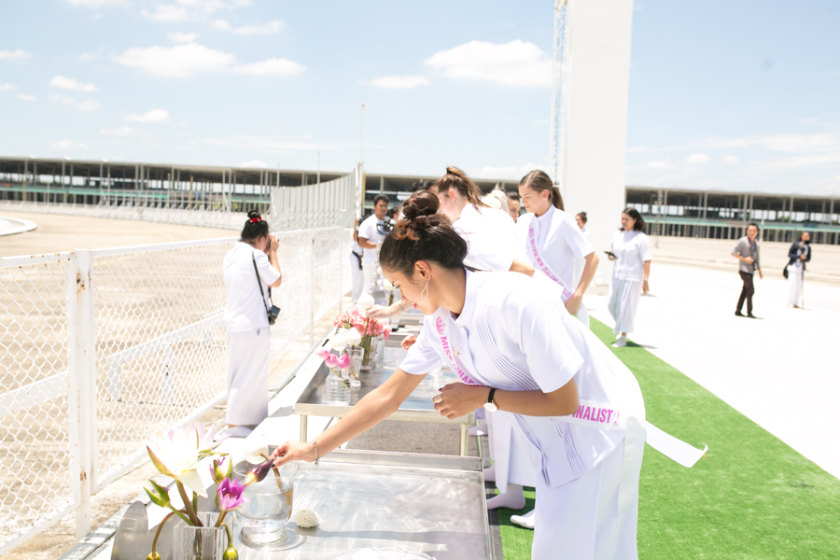 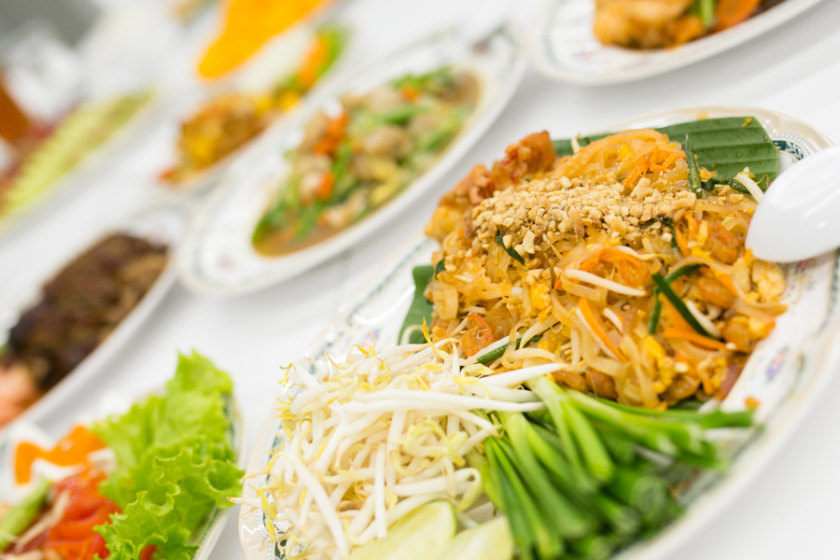 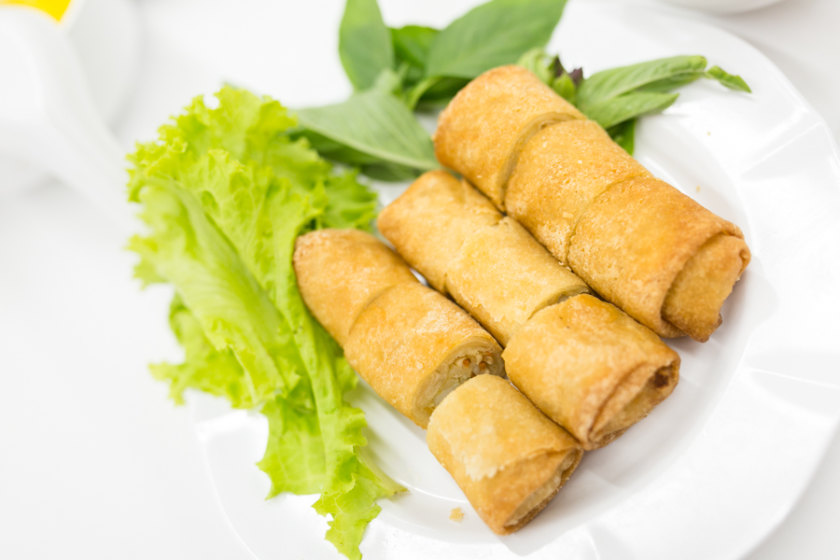 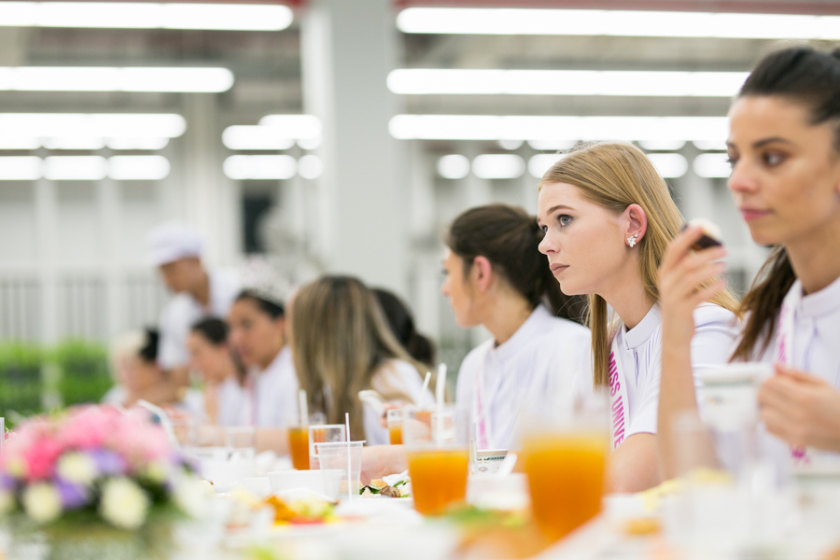 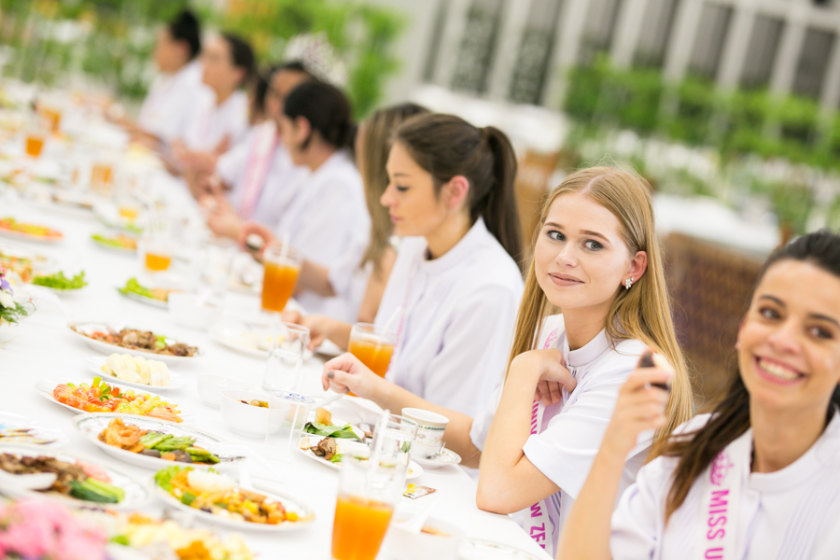 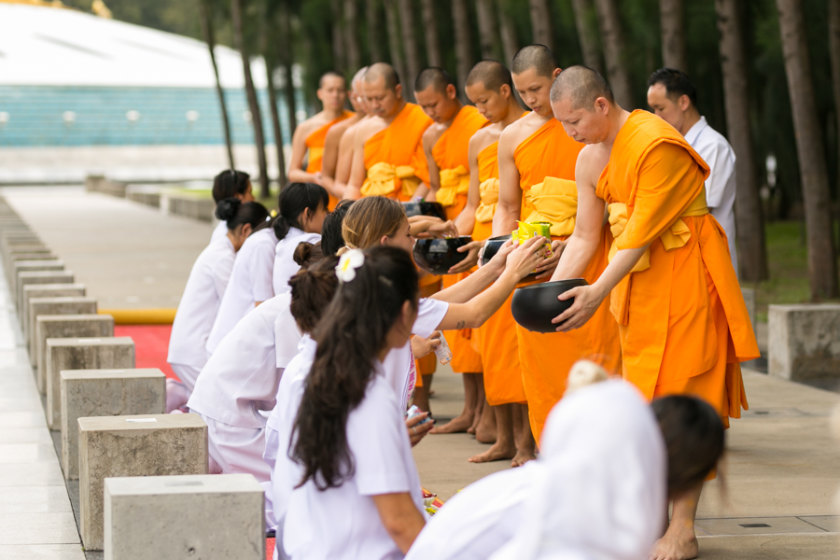 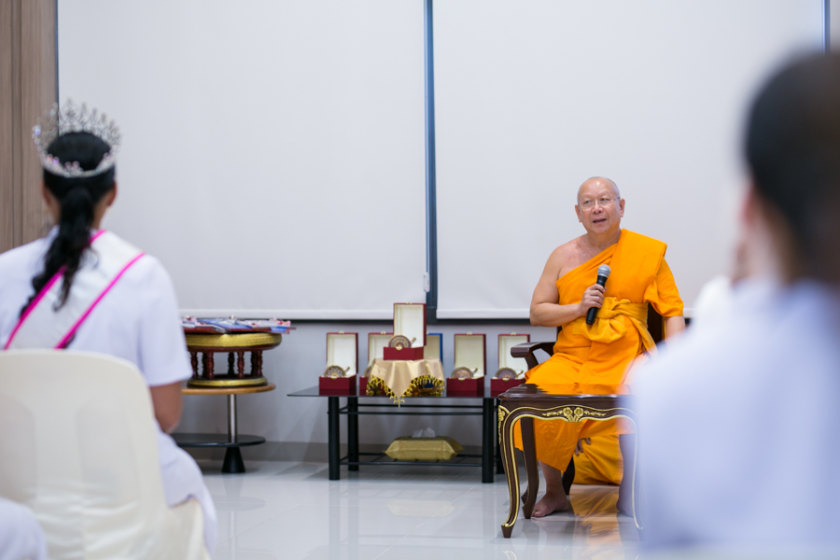 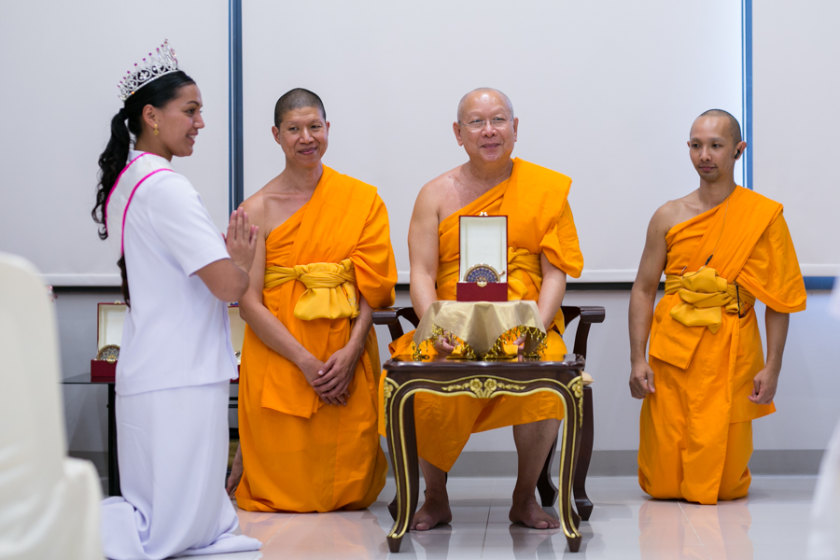 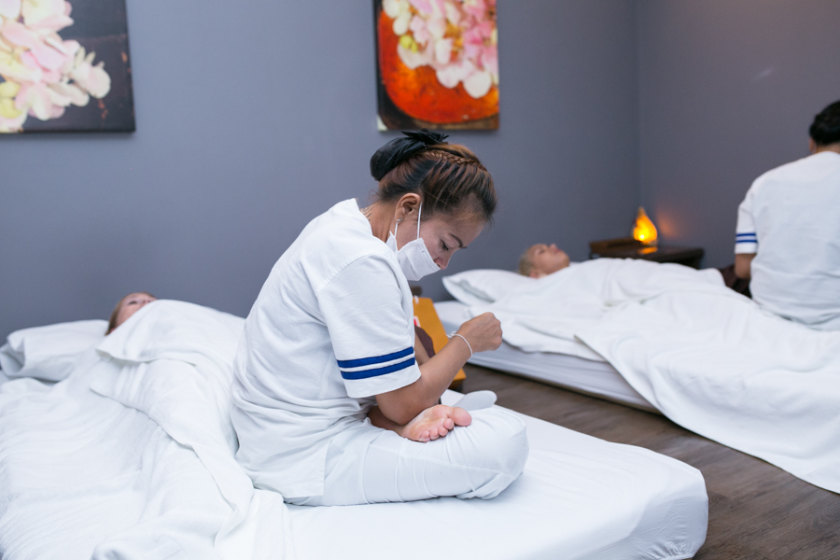 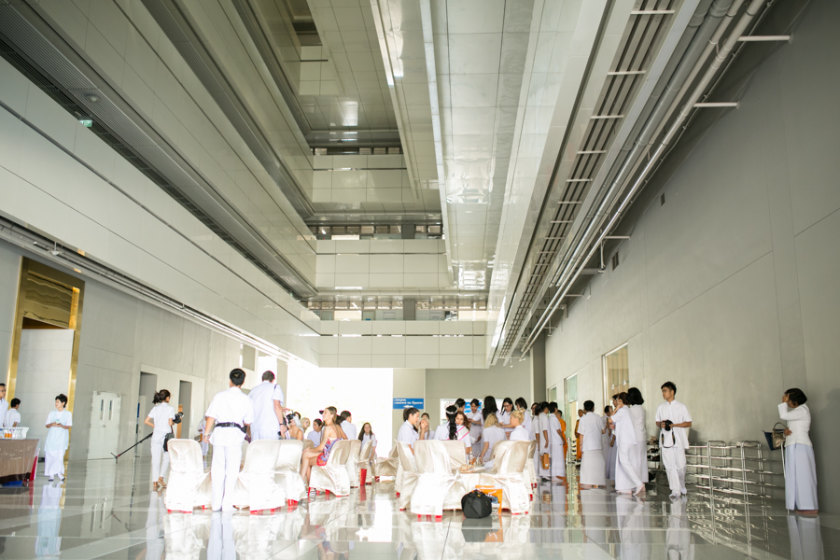 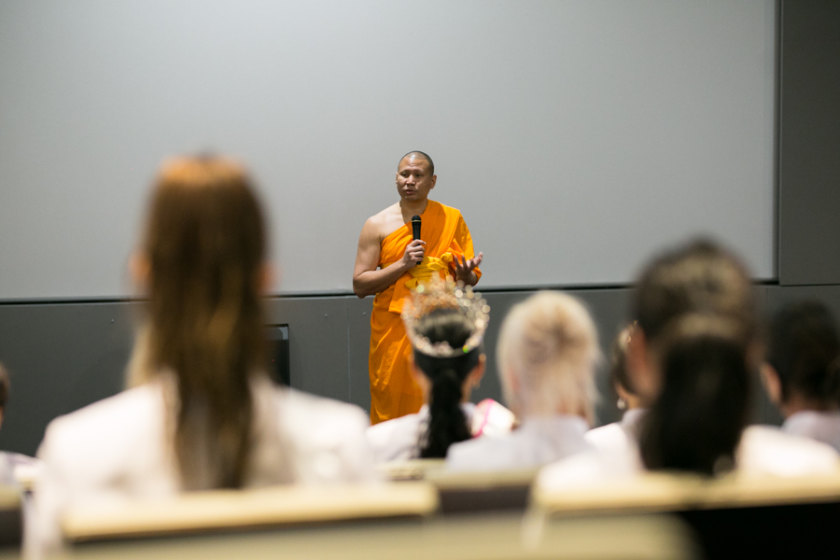 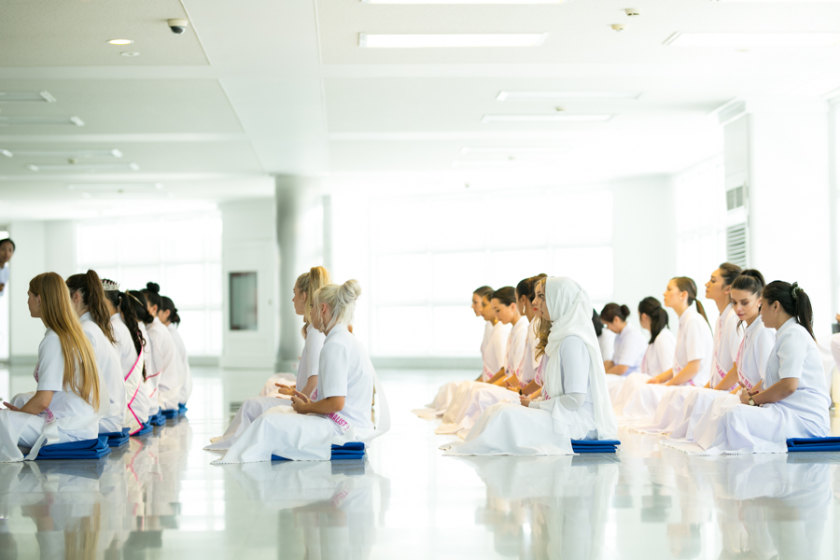 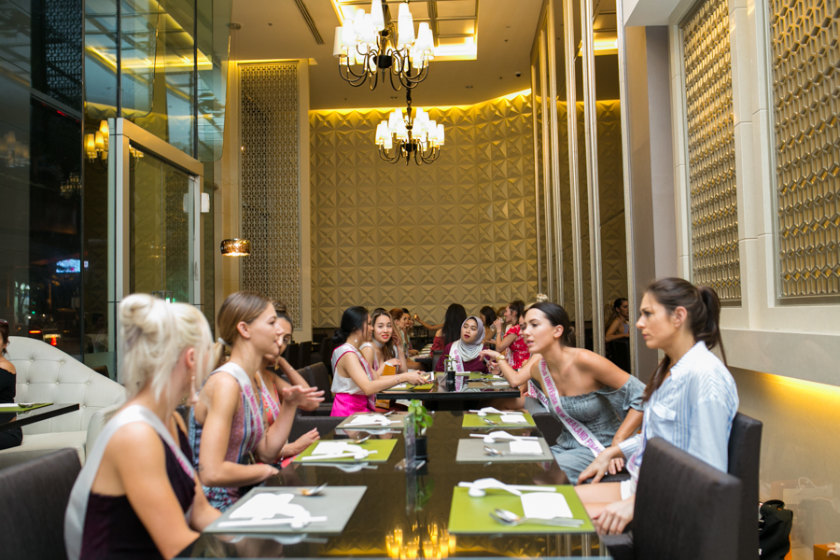