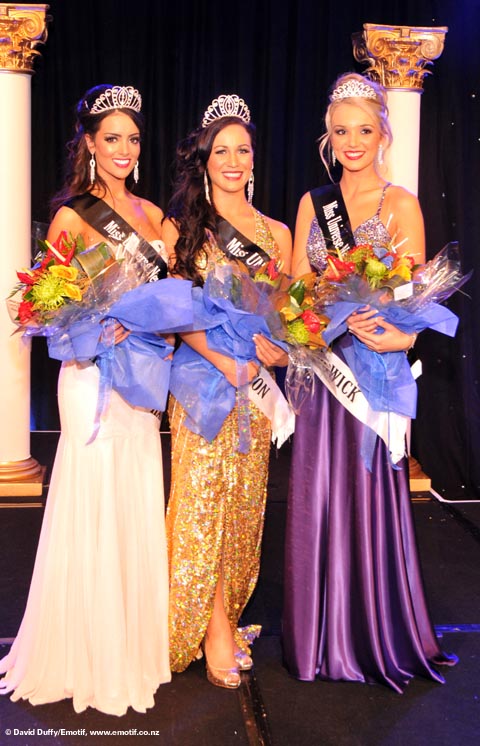 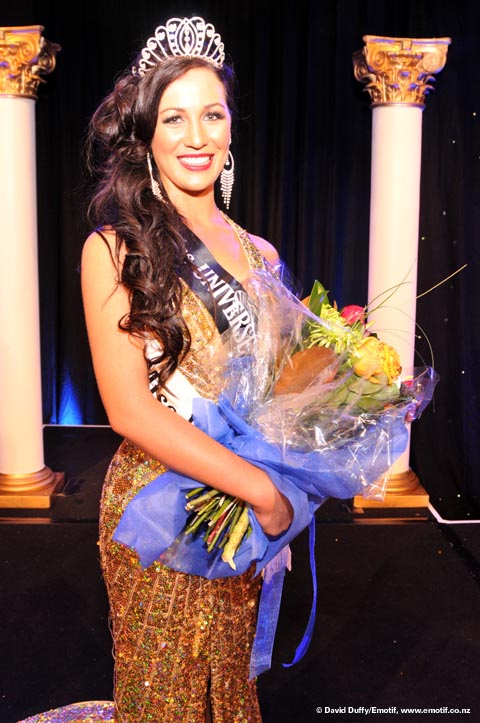 The capital has taken the Miss Universe New Zealand crown for 2011, with Miss Wellington, Priyani Puketapu (Te Atiawa), winning top honours in front of a packed ballroom at the Amora Hotel Wellington on Sunday.
Miss North Harbour, Talia Bennett (Te Arawa), and Miss Howick, Courtney Ramsdale, were ﬁrst and second runners-up.
Miss Tend-a-Foot, Nancy Yan, and Miss Great South Vets, Isabelle Pearson, rounded off the top ﬁve.
In her acceptance speech, Miss Puketapu dedicated her win to her ‘Uncle John, Nanny Puketapu and Granny,’ close family members who had all passed within a short time.
Nanny Puketapu, Miss Puketapu said, had planned to attend the ﬁnal night but had suddenly passed last month.
Miss Puketapu is studying toward a bachelor of communication, majoring in journalism.
‘We are conﬁdent that Priyani Puketapu will do New Zealand proud at the Miss Universe ﬁnal in São Paulo, Brazil, to take place on September 12,’ says pageant director Val Lott.
Head of the judging panel, Lucire publisher Jack Yan, says that 2011’s contestants were the best he and his fellow judges had seen since 2006.
‘Only one and a half points separated the contestants when we ﬁnished the interview night,’ he says, referring to the Saturday session they had with the judges. ‘It was the tightest we had ever seen it.’
Joining him on the panel were international judge Dina Janse van Rensburg, Max Factor make-up artist Evana Patterson, Salute Hair and Day Spa principal Carl Manderson, and Miss Universe New Zealand 2007 Laural Barrett.
The judges say that Miss Puketapu was the most consistent, intelligent and conﬁdent contestant.
Miss Puketapu was the home-town crowd favourite, a situation that was not unknown to her when she last competed for the crown in 2009.
At the time, she lived in the Horowhenua and the Miss Universe New Zealand pageant was held in Levin.
She was ﬁrst runner-up in 2009.
In attendance were members of the diplomatic corps from Thailand and the People’s Republic of China, including the Thai ambassador and his wife.
The charity auction at the pageant beneﬁted the New Zealand Red Cross’s Christchurch earthquake appeal.