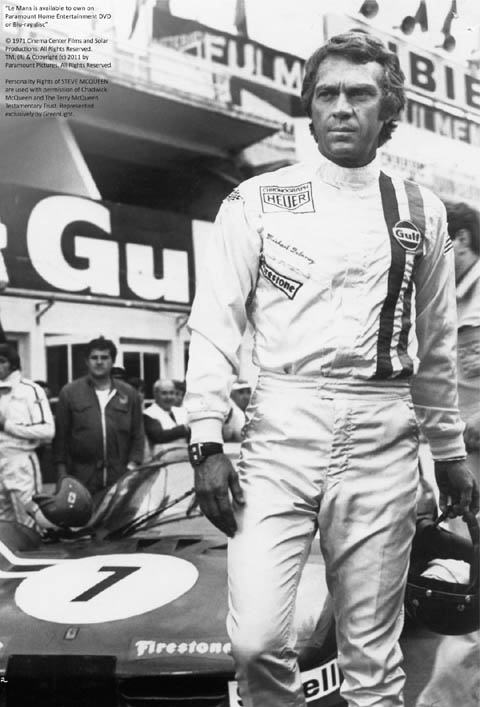 It’s hard to believe 40 years have passed since the Steve McQueen car racing epic, Le Mans, was released.
The controversial ﬁlm—and possibly the most realistic one about motor racing ever made—will be celebrated as part of the Top Gear Live London Gala at the Excel Centre on November 24.
VIP guests will see clips, stills and behind-the-scenes footage. They will be joined by Chad McQueen, son of Steve, and racing legends Derek Bell and David Piper, as they reminisce on the making of the ﬁlm. Piper’s Porsche 917, used in the ﬁlm, will be on display.
Chad McQueen was a teenager at the time and remembers spending a summer looking at cars such as the Porsche 917 and Ferrari 512.
Steve McQueen actually entered to get some of the footage from the 1970 race.
However, disagreements with its original director saw him replaced, affecting the story, while Steve McQueen’s personal issues hampered the ﬁlming. Despite the controversy, Le Mans remains known for some of the most breathtaking motorsport footage ever ﬁlmed.
The movie featured 26 high performance cars, 41 stunt drivers and c. 350,000 French-speaking extras, according to a release.
Tickets for the Top Gear Live London Gala are £425 plus VAT per person (call 44 20 7370-8341 for more information). VIP Hospitality Packages start at just £155 plus VAT per person.
General tickets start at just £49. For more information about the show, or to book tickets, visit www.topgearlive.co.uk or call 44 8712 305-588.
Top Gear Live runs November 11–13 at NEC Birmingham and November 24–7 at Excel London.