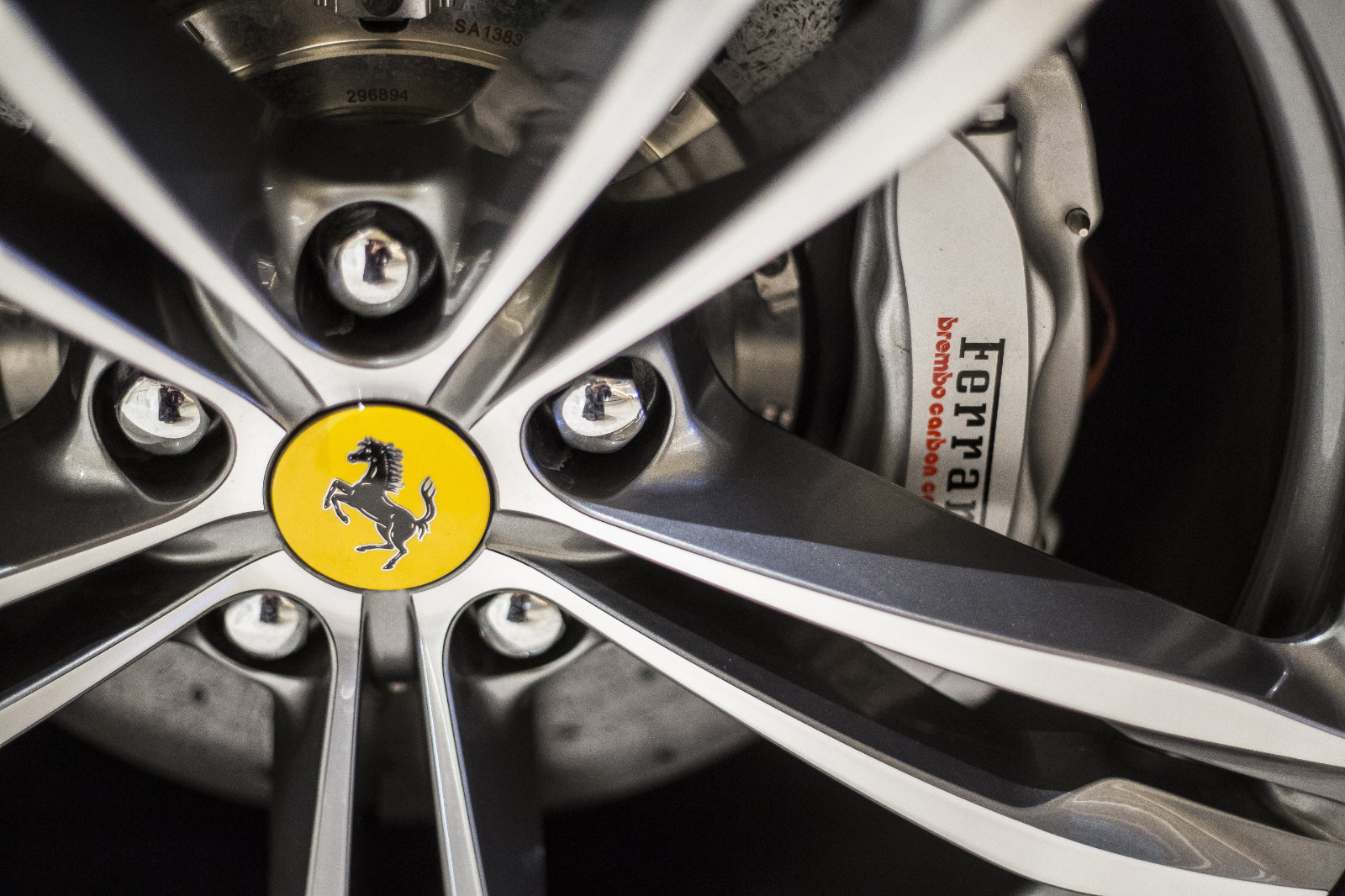 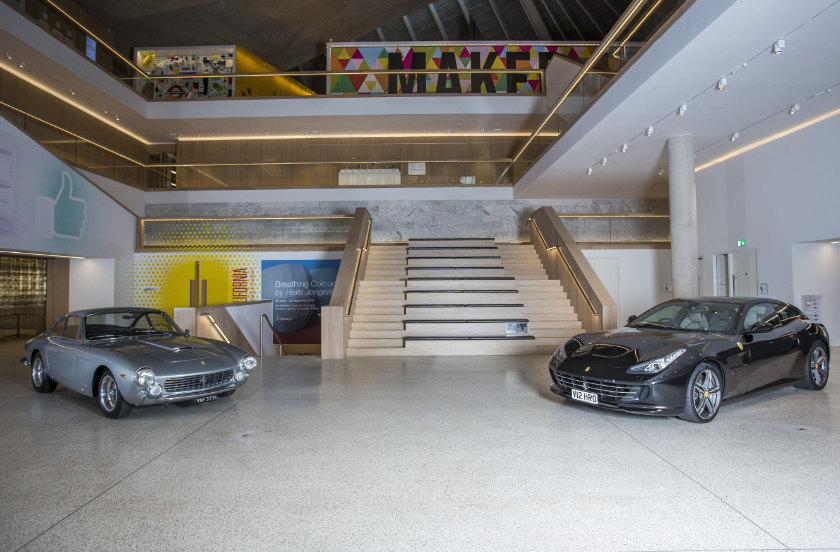 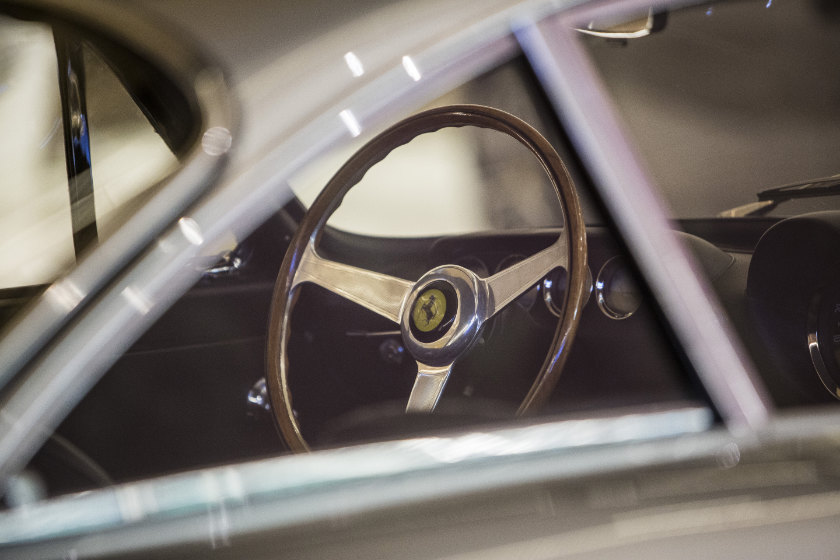 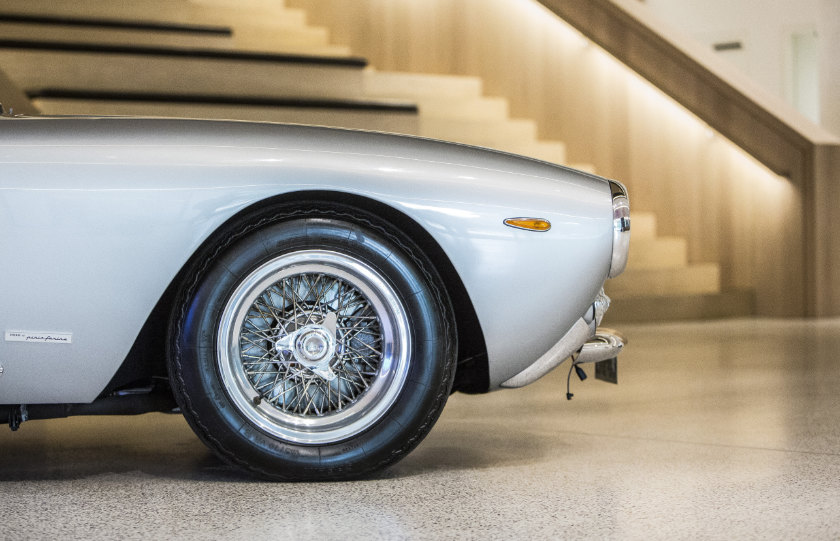 The Design Museum will host an exhibition commemorating the 70th anniversary of Ferrari from November 15, 2017 to April 15, 2018, entitled Ferrari: under the Skin.
The exhibition will feature £140 million of Ferrari cars, original drawings, letters and documents (including some written by Enzo Ferrari himself), design models, memorabilia, and Enzo Ferrari’s driving licence. There is a hand-made 1:1 clay of a J50, a car made to commemorate the company’s 50th anniversary in Japan; and helmets worn by racing drivers Alberto Ascari, Mike Hawthorn, Michael Schumacher and Kimi Räikkönen. Ferrari: under the Skin will also explore Ferrari’s celebrity clientèle, with notes by Miles Davis, and photography featuring Clint Eastwood, Sammy Davis, Jr, Brigitte Bardot and Peter Sellers with their cars.
There is an exact replica of the first Ferrari, the 1947 125 S, built in 1987; a 1950 166 MM; a 1952 500 F2 racing car, the type that took the Formula 1 championship in 1952 and 1953; a 1957 250 GT chassis; a 1957 250 GT cabriolet formerly owned by British racing driver Peter Collins; a 1960 250 GT Berlinetta passo corto short-wheelbase, driven by Stirling Moss in the 1960 Tourist Trophy; a 1961 250 GT Berlinetta passo corto ‘Sperimentale’, regarded as a transition between the 250 GT and 250 GTO; a 1962 250 GTO, possibly Ferrari’s most iconic model masterminded by Giotto Bizzarrini, and which won the over-2000 cm³ class of the FIA’s International Championship for GT Manufacturers in 1962, 1963 and 1964; a 1967 275 GTB/4; a 1973 365 GTB/4, usually referred to as the Daytona; a 1986 Testarossa Spider commissioned by Fiat boss Gianni Agnelli; a 1988 F40 owned by Pink Floyd’s Nick Mason; a 2000 F1-2000 driven by Michael Schumacher; and a 2016 LaFerrari Aperta owned by Gordon Ramsay, which blends hybrid and Formula 1 technology.
Sir Terence Conran, founder of the Design Museum said, ‘I think I speak on behalf of millions of ambitious people of all ages that we have all at some point had delicious dreams of owning a Ferrari. The brand itself has become a worldwide symbol of design success, whether it is their road models or Grand Prix cars. The Ferrari story is truly one of the great adventure stories of the industrial age and I am very proud we are able to tell it at the Design Museum. The depth of emotion goes far beyond the external beauty of their cars: what excites me so much about this exhibition is the rare opportunity to glimpse behind the scenes and experience the dynamic between engineering, manufacturing and design, which produces Ferrari’s magic ingredient. It is a magic ingredient that means I am here, aged 85 and still lusting after the idea of owning a Ferrari—I want to go out with a beautiful, powerful and perfectly designed vroom!’
Andrew Nahum, who co-curated the exhibition with Gemma Curtin, said, ‘Ferrari represents an ideal case study in design and development. Ferrari uses the subtle and often unseen techniques of automobile design, but with the utmost care and precision. The exhibition provides an insight into the history and practice of the whole private world of automotive design.’
The Design Museum is open daily from 10 a.m. to 6 p.m., with the last admission at 5 p.m. Cost of entry is £18 for an adult, £29·30 for a family of one adult with three children; £41 for a family of two adults and three children; £9 for a child aged six to fifteen; and children under six and members enter free. An exhibition catalogue will be available in the Design Museum Shop for £39·95. 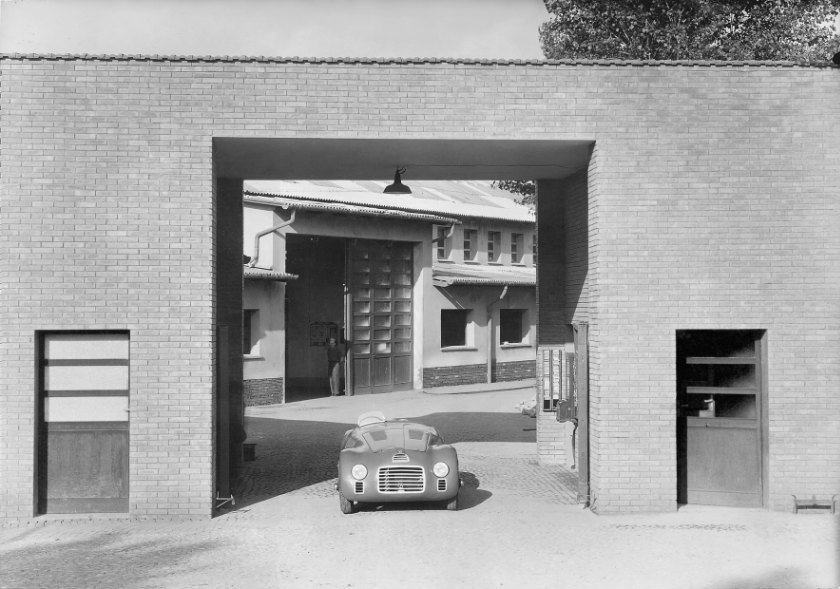 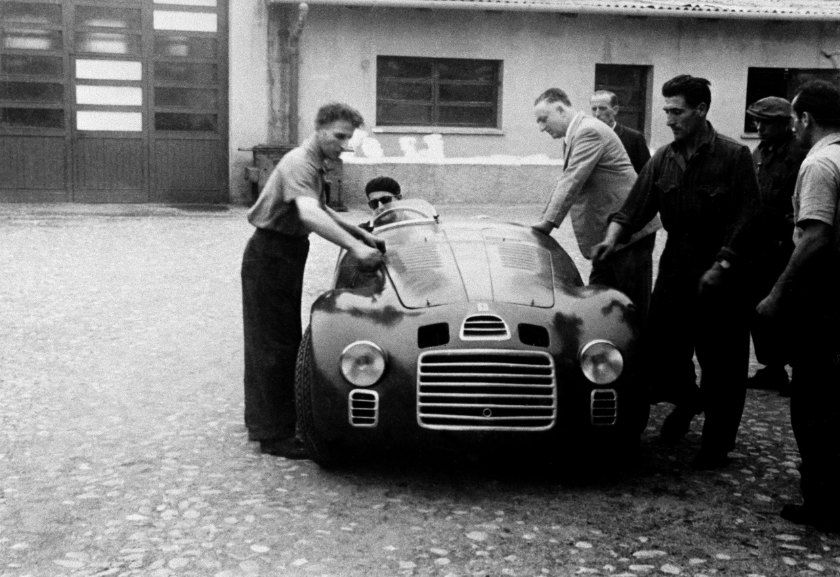 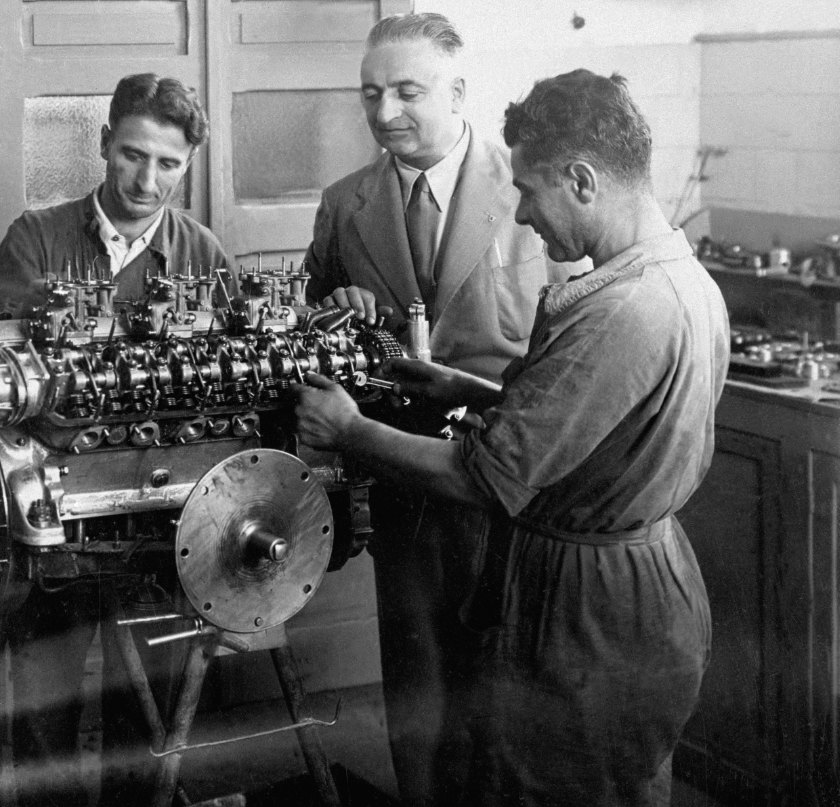 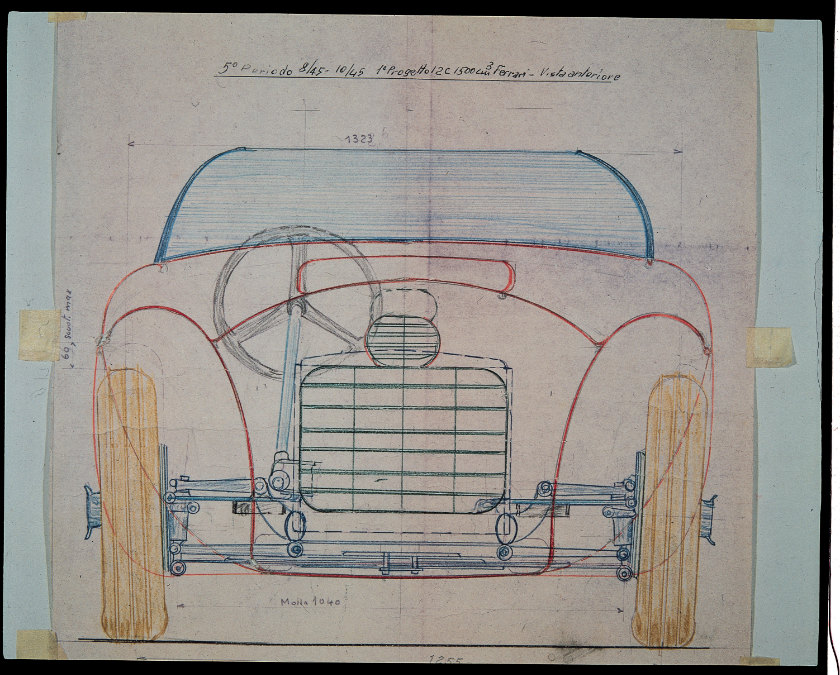 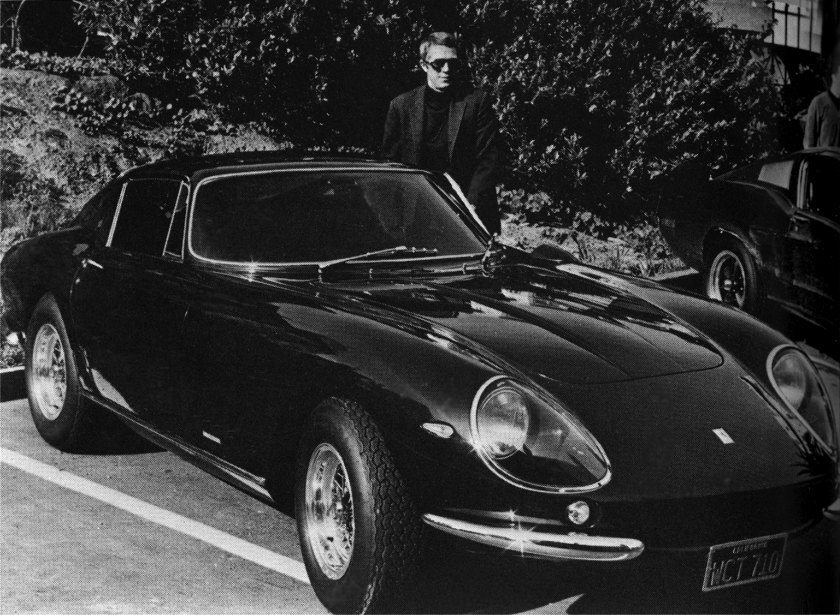 Above, from top: The first Ferrari, the 125 S, outside the factory in 1947. Enzo Ferrari with the 125 S in the courtyard; at the wheel is Ferdinando Nando Righetti. Enzo Ferrari inside the factory, 1947. Front view with mechanical transparency of the first Ferrari car, the 125 S, a project of Gioachino Colombo carried out in August–October 1945. Ferrari 275 GTB/4 by Scaglietti with Steve McQueen, 1967—image courtesy of RM Auctions.