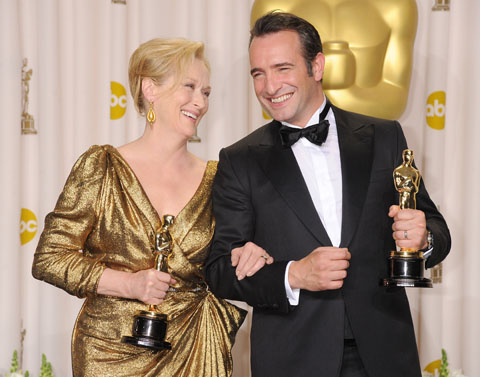 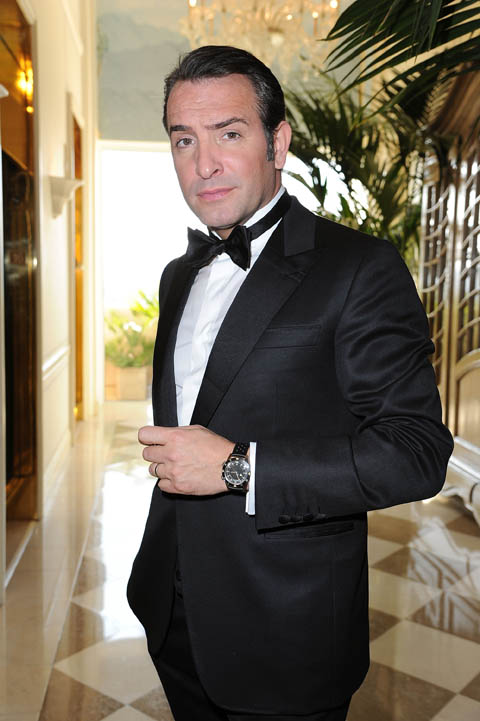 In our Oscar footage from last night, we ﬁrst have Meryl Streep’s acceptance speech, for her portrayal of Margaret Thatcher in The Iron Lady.
Streep, 62, was already the favourite to win after taking a BAFTA and a Golden Globe for her role.
Streep gave an initially humorous, then a very emotional, acceptance speech, thanking her husband ﬁrst. She then thanked her hairstylist and make-up artist Roy Helland. This was her third Academy Award.
Jean Dujardin won Best Actor for silent movie The Artist. He was the ﬁrst Frenchman to win the award, and the ﬁrst actor in a silent movie to win since the Oscars’ ﬁrst year.
The Artist also won Best Picture, and its director Michel Hazanavicius took home the Best Director award.
Christopher Plummer, 82, became the oldest acting winner as he took the Best Supporting Actor award for Beginners. Octavia Spencer won Best Supporting Actress for The Help.
In our other Oscar highlights, Billy Crystal has a go at celebrity mind-reading as he puts a humorous spin on the lives of Brad Pitt, Angelina Jolie, Morgan Freeman, George Clooney, Viola Davis, Martin Scorsese and Uggie the dog. Robert Downey, Jr presented a documentary pastiche as he and Gwyneth Paltrow presented the award for Best Documentary. Will Ferrell, meanwhile, played the cymbals as he presented with Zach Galiﬁanakis. Emma Stone teased Ben Stiller about his Oscar wardrobe, while Sandra Bullock does her presentation in German—and not the claimed Mandarin.
Following on from our Oscar red-carpet gown article, Angelina Jolie bared a lot of leg in her black Versace gown as she gave the Adapted Screenplay prize in our sixth video clip.

The Artist director Michel Hazanavicius thanks Uggie the dog

Will Ferrell and Zach Galiﬁanakis

One thought on “Video: Meryl Streep, Jean Dujardin, and The Artist are the big winners at 2012 Oscars”