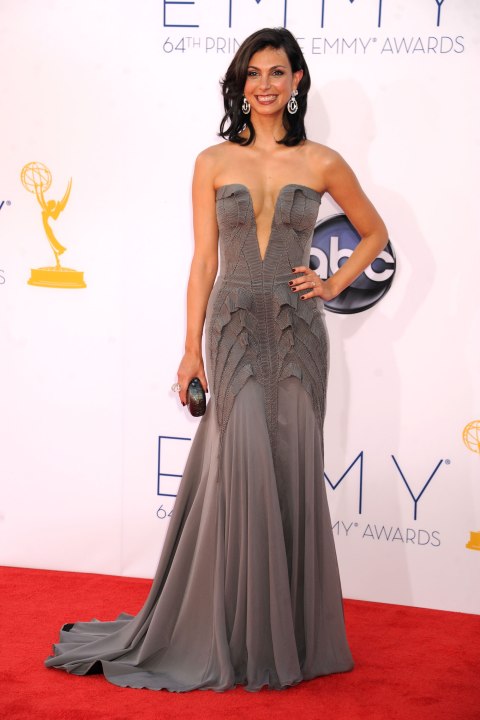 Above Morena Baccarin in Basil Soda.

Who had the best dresses at the 64th Primetime Emmy Awards?
Ones rated most highly by ITN were Nicole Kidman in her Antonio Berardi spring–summer 2013, fresh off the catwalks; Tina Fey in Vivienne Westwood; Claire Danes in Jeanne Lanvin, showing that one can accommodate a baby bump with glamour. In a nautical theme, Heidi Klum wore a sea-foam Alexandre Vauthier, with a plunging neckline and showing plenty of leg through a thigh-high slash; and Sofía Vergara was in a marine mood showing off her curves in a Zuhair Murad gown complete with a mermaid tail look.
ITN is less delighted with January Jones and Kelly Osborne, both in Zac Posen; Hayden Panettiere in Marchesa; and Christina Hendricks in Christian Siriano.
Other stars attending the Emmys include Michelle Dockery in Louis Vuitton; Archie Panjabi in Randi Rahm, Maria Menounos in Oliver Tolentino, Betsy Brandt in David Meister, and Jane Levy in Pamella Roland—all resplendent in blue. Cat Deeley wore an eye-catching, red Tadashi Shoji, while Morena Baccarin wore Basil Soda. Julie Bowen attended wearing a fluorescent yellow Monique Lhuillier, while Amy Poehler donned a black Stella McCartney gown. Julianne Hough wore a Georges Hobieka Couture gown in a similar shade to Klum’s. 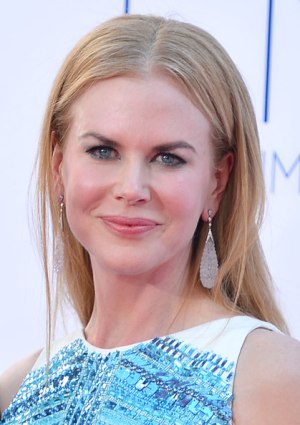 Meanwhile, David Babaii has revealed how Kidman got her hair look, using IT&LY Pure Water Drops Serum followed by a spritzing of IT&LY’s Pure Texture to wet hair and created a centre part. Next, he used his IT&LY blowdrier with the nozzle attachment to finish the drying process. IT&LY Pure Water Drops was used again prior to using a styling iron, then he used the company’s Racing Red one-inch Digital Iron and divided hair into three parts again: top, sides and back. Starting at the nape area and taking small sections at a time, he combed the hair before running the flat iron through. By sectioning the hair one has total control over the style. To finish, he sprayed IT&LY Pure Definition Hairspray on a toothbrush and ran it over the top hairs to give it a light hold.
Don’t forget, too, that Lucire Home had a great piece this weekend on Emmy Award parties and how to re-create that Emmy mood at home.