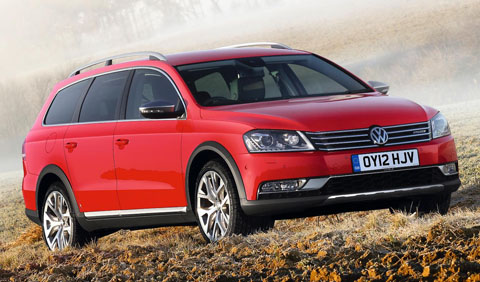 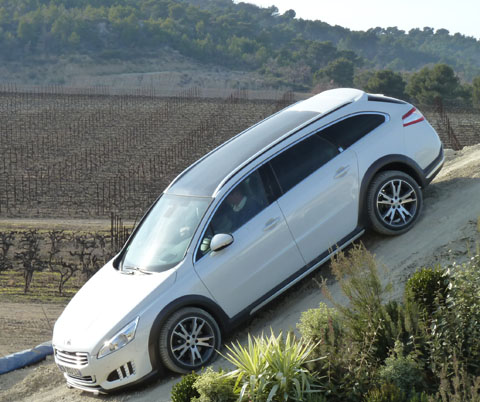 Top The Volkswagen Passat Alltrack, a raised off-road version of the Variant. Above Peugeot goes one better by making its estate-based off-roader a hybrid.

With fuel still getting more expensive, it’s hard to believe that SUVs remain in fashion. In Europe, raised estate cars that think they’re SUVs are still coming from the manufacturers, with the latest débutantes for the UK market being the Volkswagen Passat Alltrack and the Peugeot 508 RXH.
The Passat Alltrack is a straightforward, four-wheel-drive, raised version of the standard Passat Variant. It has Volkswagen’s proven 4Motion system, as well as the usual mod cons as standard for the UK versions: touchscreen satellite navigation, DAB radio, Ipod connectivity, Bluetooth telephone preparation, cruise control, front and rear parking sensors, and tyre pressure monitoring system. The option list includes climate seats with massage function, Lane Change Assist monitoring the blind spot; Automatic Distance Control and an electrically deployed towbar.
Peugeot, however, goes one further, recognizing that heavy wagons aren’t the way of the future, even if people still want a rugged look. The 508 RXH is a hybrid, and while it’s not the ﬁrst crossover to have such a drivetrain, it is probably the ﬁrst one based on a D-segment estate car.
It’s joined by a 508 hybrid saloon which emits only 95 g/km of carbon dioxide, astoundingly low for this size of car. The RXH estate gets nearly 69 mpg (Imperial), while the saloon manages 78½ mpg (Imperial). Both have a 100 per cent electric mode.
Standard on the RXH are front and rear parking aid and parallel parking assist, panoramic glass roof, USB point and acoustic laminated side windows.
The Volkswagen’s prices begin at £28,475, while the Peugeot 508 RXH retails at £33,695.