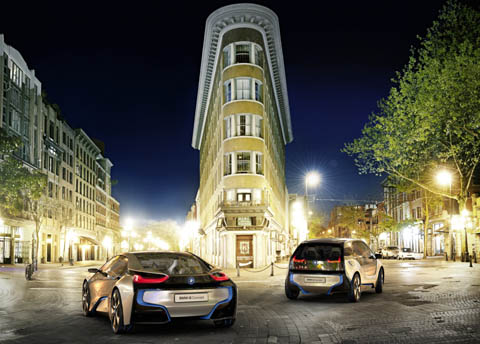 BMW has ofﬁcially shown its i3 and i8, in concept form, today. The company had already previewed both cars in some form: the i3 as a sketch when the sub-brand was ﬁrst revealed, and eagle-eyed viewers will have caught the i8 in the trailer for the Tom Cruise movie, Mission Impossible: Ghost Protocol.
The company calls the two cars concepts, but sources say they are largely in the form they will take when they hit the roads in 2013.
Both vehicles feature what BMW calls its LifeDrive architecture, featuring an aluminium chassis housing the powertrain and a passenger cell made with lightweight carbonﬁbre-reinforced plastic.
The i sub-brand was created to separate BMW’s electric cars from the sporting nature of its regular line, which has long sported the slogan, ‘The Ultimate Driving Machine’. However, the company says it wants to emphasize the innovation behind the i line, and to create what it sees as the ﬁrst premium electric car range.
The i3 is an urban car driven solely by electric power, with its motor over the rear axle, generating 125 kW (170 PS) and torque of 250 Nm (184 lb ft). It reaches 100 km/h in under eight seconds, claims the manufacturer.
The interior showcases some of the forward thinking behind i. Interior materials are renewable, with the instrument panel and door panelling made from natural ﬁbres.
Outside, the i models look distinctive, with a blue light around the BMW kidney grille—recognizing that buyers of electric cars will want to ensure others know they are driving something different.
While the i3 is expected to cost £31,000 in the UK, before the £5,000 government grant, the i8 is in more stratospheric territory. A plug-in hybrid 2+2 sports car developing 164 kW (220 PS) and 300 Nm (221 lb ft) from a three-cylinder engine combined with the i3’s electric drive, the i8’s price should near the £150,000 mark when launched.
Performance should see the car reach 100 km/h in under ﬁve seconds, with fuel consumption breaking the 3 l/100 km mark (94 mpg Imperial). BMW says the i8 can travel up to 35 km on electric power alone.
Imagery for the i range has been shot around Vancouver, with one particularly apt shot on Burrard Street, beneath trolley bus wires. 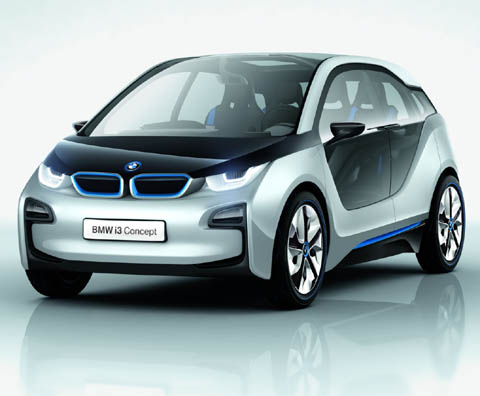 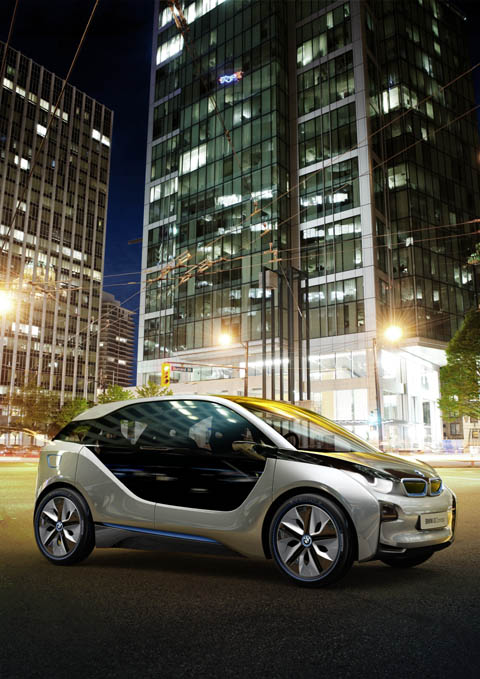 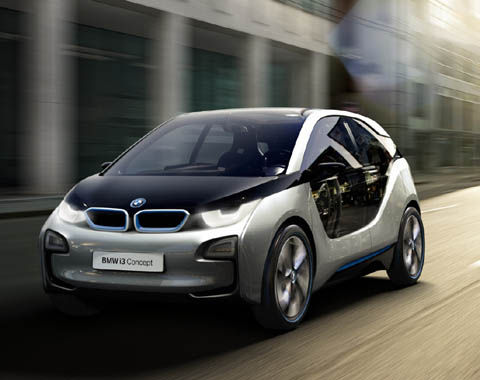 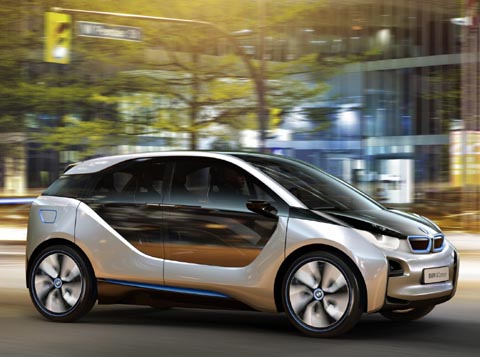 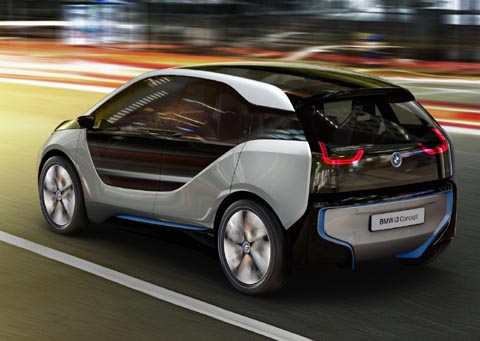 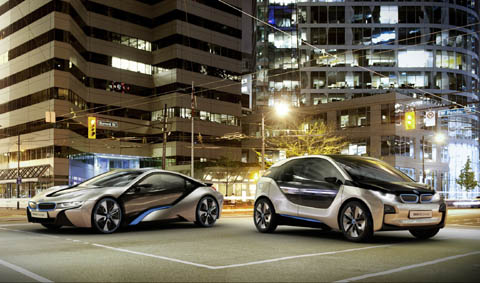 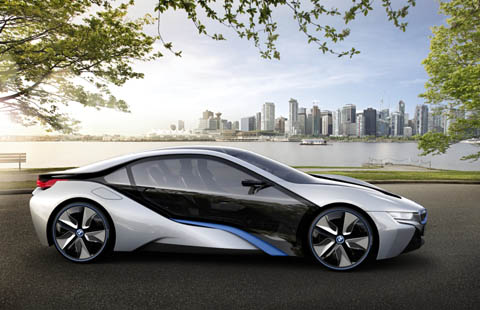 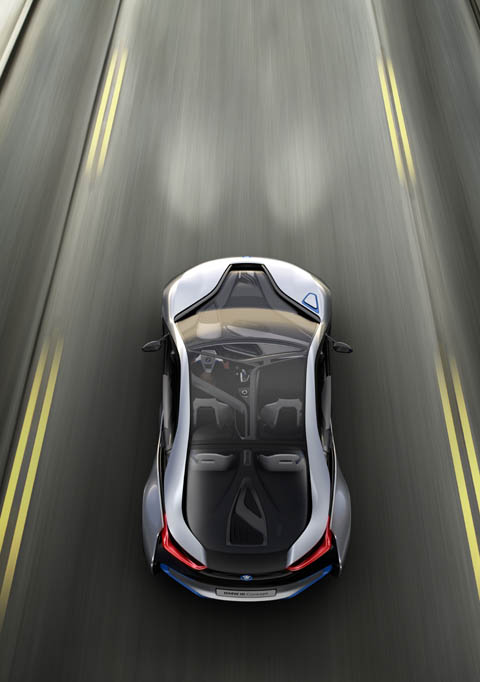 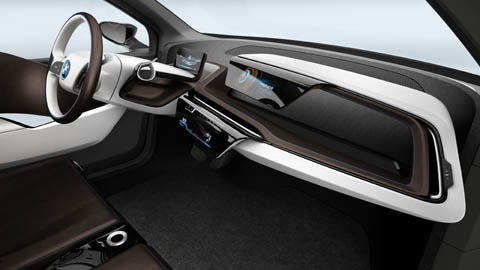