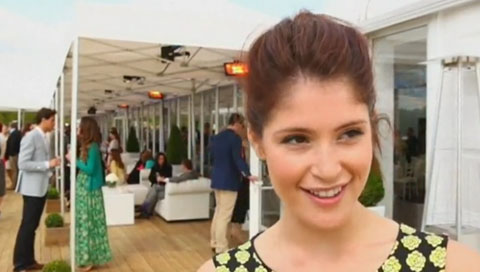 To kick off the polo season, both Prince William and Prince Harry have played at an Audi Polo Challenge match at Coworth Park at Ascot yesterday.
The princes’ team, named Audi Quattro, won against Audi Ultra, fielded by the principal sponsor.
Actors Gemma Arterton, Russell Crowe and Tom Hardy were present among the guests, as were Kelly Brook, socialite Hofit Golan and singer Pixie Lott.
Arterton notes that she had already met the princes at the Quantum of Solace première, at which she wore a ‘risqué’ Balmain dress, which caught Prince Harry’s attention.
The Audi Polo Challenge has raised over £1·4 million for charity in the last decade.