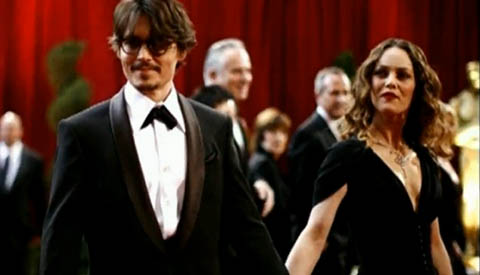 A publicist for Johnny Depp has confirmed that the actor has split from Vanessa Paradis, bringing their 14-year relationship to a close.
Robin Baum issued the statement: ‘Johnny Depp and Vanessa Paradis have amicably separated. Please respect their privacy and the privacy of their children.’
The couple met in 1998 when Depp filmed Roman Polanski’s The Ninth Gate.
Depp and Paradis have two children, Lily-Rose, 13, and Jack, 9. They share three homes, in France, the US, and in the Caribbean.
Previously, Depp had denied rumours of a split. Paradis had been spotted looking at homes in Beverly Hills recently, while Depp had been spotted boarding a private jet to New Mexico alone a fortnight ago.
Depp is best known for films such as Chocolat, the Pirates of the Caribbean series, and his collaborations with director Tim Burton. Paradis is well known for her music and acting in films such as Heartbreaker and Café de Flore, and for her role as a Chanel spokeswoman.