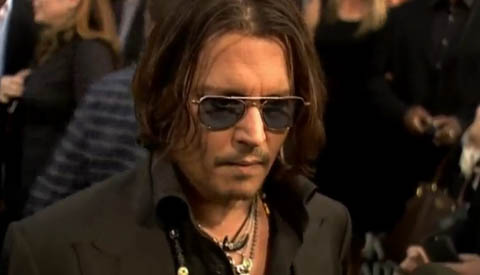 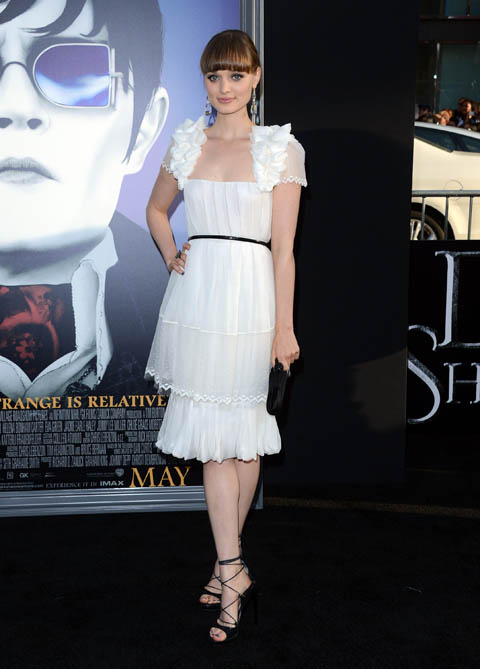 Johnny Depp, Michelle Pfeiffer, Eva Green, Bella Heathcote, Steven Tyler and Alice Cooper all attended the “black carpet” première for the big-screen remake of Dark Shadows, directed by Tim Burton.
Depp plays Barnabas Collins, who has been cursed by Eva Green’s character, Angelique Bouchard, into becoming a vampire and buried alive in the 18th century. He is freed in 1972—interestingly, the year after the original Dark Shadows soap opera was cancelled on TV.
Dark Shadows marks Burton and Depp’s eighth collaboration but, as Burton notes in the video below, it is the first project where the star has been more passionate about the film than the director.
‘This is the first time I think I’ve ever I’ve worked with him where it was something that meant a lot to him. Something even I think before he came an actor he had a dream of playing Barnabas Collins,’ says Burton.
‘In terms of the transition to cinema, we just used the feelings we got from it, the memories we had from the show and beefed it up a bit,’ says Depp.
Pfeiffer, too, says she had a vampire obsession in her childhood. ‘I would sprint home from the bus stop to get in front of the television to watch Dark Shadows,’ she says.
The latest Dark Shadows is the third attempt to bring the story to the big screen, and possibly the highest-profile one. The first two were released during the original series’ run. Various attempts to remake Dark Shadows since 1971 on the small screen have not been as successful as the original.