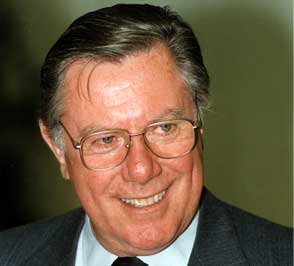 The celebrated automotive designer, Sergio Pininfarina, whose name graced some of the most memorable Ferraris and other cars, died last night in Torino. He was 85.
Pininfarina was the second generation of the family in automotive design, the son of founder Battista ‘Pinin’ Farina.
Sergio Farina was born in Torino on September 8, 1926. He graduated in mechanical engineering at the Politecnico di Torino in 1950.
He is credited with growing the company during his 50-plus years there, including building the association between Pininfarina and Ferrari. It was Battista that had placed him in charge of the Ferrari account when Sergio was only in his mid-20s, and was able to win over Enzo Ferrari through his likeable nature and design integrity.
In the 1960s, the family name was changed to Pininfarina, by decree of the Italian president.
He took over the firm on his father’s death in 1966, though had been instrumental in guiding the company since the 1950s and had been general manager since 1960.
Pininfarina was professor of Car Body Design at his Alma Mater, the Politecnico di Torino, from 1974 to 1977.
In 2005, he was made a senator for life in Italy, but was not particularly active in politics.
Toward the end of his life, he was honorary chairman of the firm. Initially, Sergio had handed responsibility for the firm to his son, Andrea, before he was tragically killed in a motor accident at the age of 51 in 2008.

Some of the cars produced on Pininfarina’s watch included the 1958 Ferrari 410 SA and the 1965 Dino Berlinetta Speciale prototypes, and the Ferrari 308 GTS (right) and F40. The Cadillac Allanté, Peugeot 504 and 406 Coupé and the 1990s Coupé Fiat also had Pininfarina involvement.
An exhibition of Pininfarina’s work is currently on show in London till July 15, at the Italian Cultural Institute at 39 Belgrave Square.—Jack Yan, Publisher