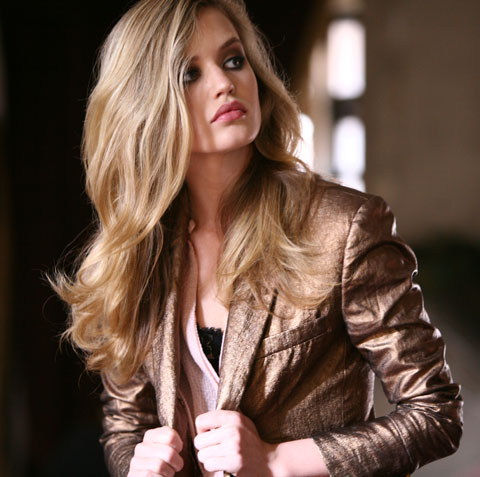 Georgia May Jagger will be the face of the Just Cavalli fragrance, Coty Prestige announced today. She will appear in print and TV advertisements, the former directed by Jonas Åkerlund, the latter photographed by Mario Sorrenti.
The new fragrance hits counters in February.
The youngest daughter of the Rolling Stones’ Mick Jagger and model Jerry Hall, Georgia May Jagger was first signed to Independent Models at 16, and has been photographed by Terry Richardson, Mario Testino and Mario Sorrenti. She was named Model of the Year at the British Fashion Awards in 2009, and featured in the closing ceremony of the London Olympics alongside Kate Moss and Naomi Campbell.
At 17, she appeared in a Versace campaign photographed by Testino, following in her mother’s footsteps. Now 20, Roberto Cavalli, whose company licenses the Just Cavalli brand to Coty, says in a release, ‘Georgia is the perfect choice to incarnate Just Cavalli. She is a playful temptress.’
It is the first fragrance that Jagger has modelled for.
She says, ‘Roberto Cavalli is a great designer. The Just Cavalli brand is very sexy, young and cool. Each collection is very contemporary and colourful; it is clearly for the younger generation who wants to have a trendy look.’
‘Georgia is a talented fashion icon. She’s sexy and provocative. Rock is in her DNA. She is the perfect muse for the new Just Cavalli feminine fragrance,’ says Françoise Mariez, Senior Vice-President, International European Marketing Licences at Coty Prestige.