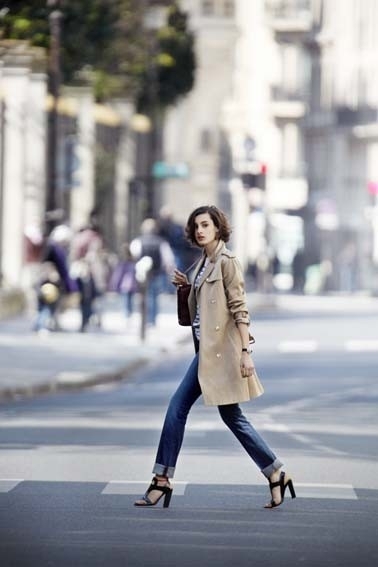 Inès de la Fressange might have been a supermodel had the term been coined slightly earlier. Karl Lagerfeld’s muse for Chanel through the 1980s, she is well known in fashion circles and remains involved. But today, it’s her daughter, Nine d’Urso, who’s making the headlines.
D’Urso will be the face of Bottega Veneta’s ﬁrst fragrance for women, says Coty Prestige UK. The fragrance will be released in July and on counters in September, and d’Urso will feature in a campaign shot by Bruce Weber.
‘I’m very honoured to have been chosen by Tomas Maier to embody his ﬁrst-ever women’s fragrance,’ says d’Urso. ‘I’m really proud to participate in this wonderful project, the result of a close collaboration between Tomas Maier, the artisans, the perfumers and the photographer.’
‘I chose Nine to introduce this fragrance because there is something classically elegant about her, yet she is totally modern. She conveys a sense of heritage worn lightly but with respect,’ says Tomas Maier, creative director at Bottega Veneta.
‘Not only is she naturally graceful, but she has an innate, almost aristocratic elegance, true to the brand,’ says Françoise Mariez, SVP, International European Marketing Licences at Coty Prestige.
D’Urso has not represented any brand in the past.
Her father, the late Luigi d’Urso, was a businessman and art merchant whom de la Fressange married in 1990, after her time at Chanel.

3 thoughts on “Nine d’Urso, daughter of Inès de la Fressange, to be face of Bottega Veneta”