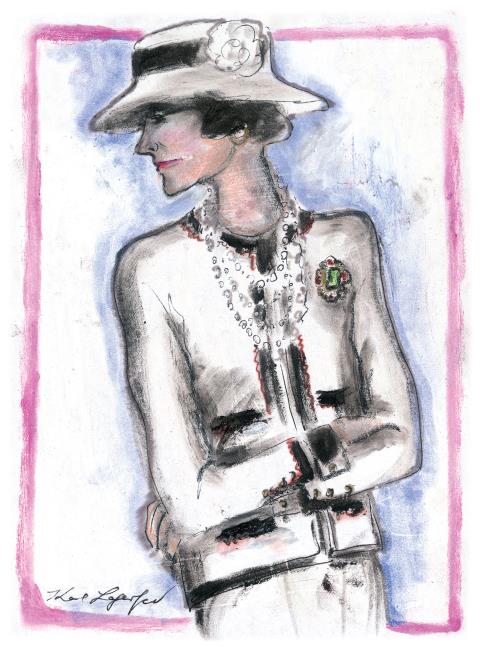 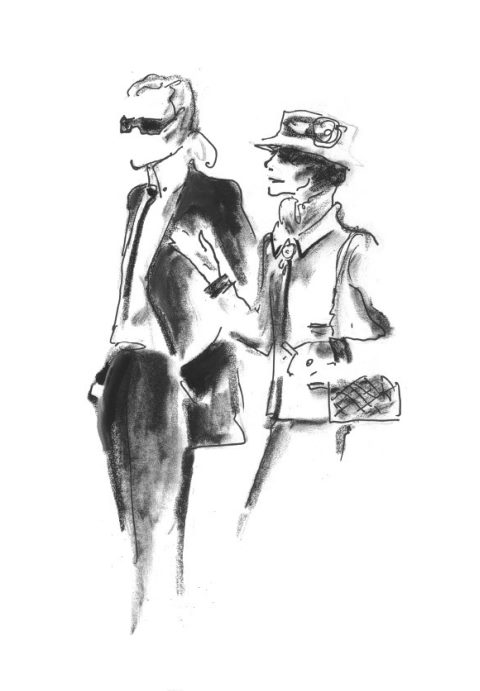 In our round-up of news from ‘The Scene’: as part of Chanel’s celebration of the jacket, the house has released a new video (below) featuring its history, with footage featuring Gabrielle ‘Coco’ Chanel herself.
Designer Karl Lagerfeld has also released 11 sketches to celebrate the jacket, including illustrations of Gabrielle Chanel and an imaginary encounter between himself and the founder of the house.
The story picks up in the mid-1950s, when Chanel felt that the style of the time was too restrictive. The jacket was created for women who could wear it during the day with greater freedom and be stylish enough for the evening. The tweed jacket, which became a signature for Chanel, was also born. Style icons soon adopted the look: Brigitte Bardot, Grace Kelly and Romy Schneider sported theirs. Karl Lagerfeld’s arrival in the 1980s saw a revival of the jacket.
Lagerfeld honoured the jacket with a book, The Little Black Jacket: Chanel’s Classic Revisited by Karl Lagerfeld and Carine Roitfeld, and a series of exhibitions. Milano will play host to the next exhibition opening April 4, with new works (featuring Keira Knightley, Diane Kruger, Carla Bruni and Carole Bouquet), before it moves on to Dubai.
Meanwhile, last week’s Gucci Private Suite at Ellerslie during the Auckland Racing Club’s race week was the place to be for New Zealand’s largest city. William Yoon, Gucci’s Asia-Pacific president, and Helen Koo, the managing director for Australia and New Zealand, played hosts. Gucci—in line with its own equestrian heritage—sponsored one race, the Gucci Sprint, where a horse named Vogue won. Celebrities included occasional Lucire correspondent Amber Peebles (in Gucci) and her husband Brooke Howard-Smith, Rachel Hunter, Academy Award nominee Keisha Castle-Hughes and Jonathan Morrison, Boh Runga, Clifton Piper, Cameron Ireland, Sandy Nairn, and Michelle Blanchard. 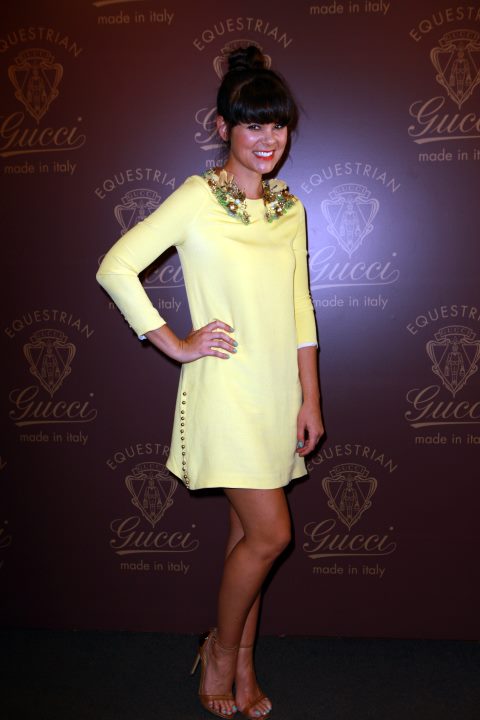 One thought on “Chanel celebrates the jacket with sketches and video; Gucci celebrates equestrian heritage at Auckland Cup”