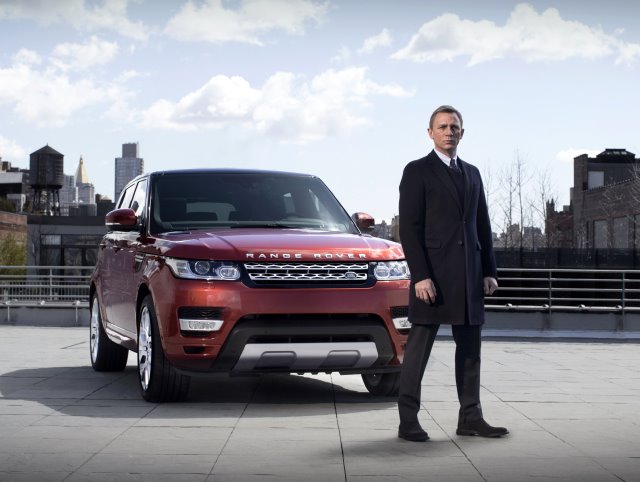 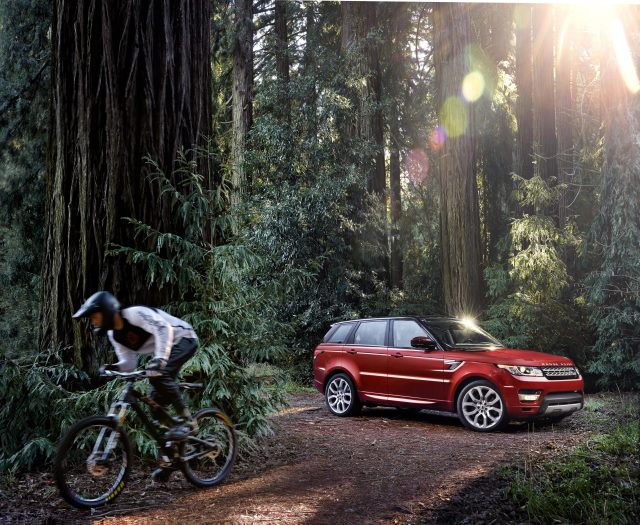 James Bond star Daniel Craig has helped launch the Range Rover Sport in New York City with a drive through Manhattan, revealing the car to a celebrity audience that included former American football player Michael Strahan, Yasmin Le Bon, Zara Phillips, MBE, and Jade Jagger, at Skylight at Moynihan Station on 8th Avenue.
The drive is part of a short film called The Delivery, broadcast live by Land Rover at www.newrangeroversport.com.
The Delivery was directed by Jonathan P. B. Taylor, who most recently worked on A Good Day to Die Hard. It followed the journey of the new Range Rover Sport from Solihull to Manhattan, before it was driven by Craig over Manhattan Bridge to Moynihan Station.
Craig drove the earlier Range Rover Sport in his second Bond film, Quantum of Solace, but was also attracted to working with the company because of its connection to the charity SAFE, of which he is a patron. Among other things, SAFE uses mobile street theatre and community programmes to help effect social change in third-world countries.
Jaguar Land Rover says it chose New York for the launch as it sells more units in the US than in any other global market. New York is the car’s best selling city.
The new Sport is no longer based on a Discovery, but has a new platform based around the company’s aluminium architecture, lightweight suspension design and chassis technologies. It was developed alongside the latest Range Rover but JLR claims that 75 per cent of the Sport’s parts are unique to it.
It can be specified with occasional seating for sixth and seventh passengers, again appealing to the US market. The power seats can be folded to leave a flat floor.
The new V6 diesel is 420 kg lighter than the outgoing model, while carbon dioxide emissions have been reduced to 194 g/km.
The exterior design is more muscular and purposeful than the Range Rover presented last year, and some might say it is better balanced. It is positioned between the Range Rover and the smaller Evoque.
It is 62 mm longer than the outgoing Sport, but the wheelbase has been increased by 178 mm—the overhangs have been shortened to give it more muscular proportions compared to the previous model. At 4,850 mm, it is shorter than other seven-seater SUVs and E-segment saloons, says the company. The drag co-efficient has dropped to 0,34.
Connectivity includes Stolen Vehicle Tracking and a high-bandwidth wifi hotspot can be installed. An optional head-up display is available. Other features include lane departure warning, automatic high-beam assist, and a Wade Sensing feature that provides information on depth when driving through water.
Land Rover said it had set out to create the most capable Range Rover ever, one which would be agile on-road, but unbeaten by its rivals off-road.
In a release, Land Rover Global Brand Director John Edwards noted, ‘We’ve taken ride, handling and agility to another level for Land Rover to deliver a truly rewarding, sporting drive, together with unmatched luxury, capability and versatility.
‘Building on the success of the recently launched flagship Range Rover, the new Range Rover Sport also employs a vast array of new technologies which help to transform its performance, refinement and all round capabilities.’
Again recognizing its clientèle, the wheel sizes range from 19 through to 21 inches.
Suspension is fully independent, with double wishbones at front and multi-link at the rear. Wheel travel is 260 mm at the front and 272 mm at the rear; ground clearance has been increased to 278 mm. Land Rover’s Terrain Response 2 system selects the most suitable terrain program.
A hybrid diesel with 169 g/km carbon dioxide emissions will follow, but at launch, the Sport has a supercharged five-litre V8 developing 510 PS, and a three-litre diesel developing 292 PS. Three- and 4·4-litre diesels will be added in 2014. 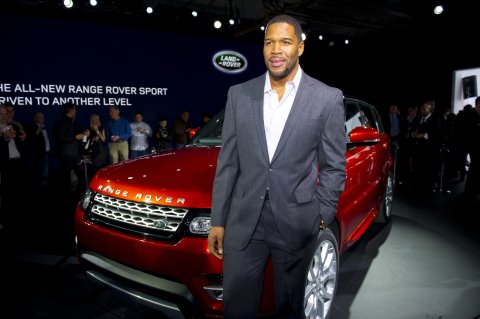 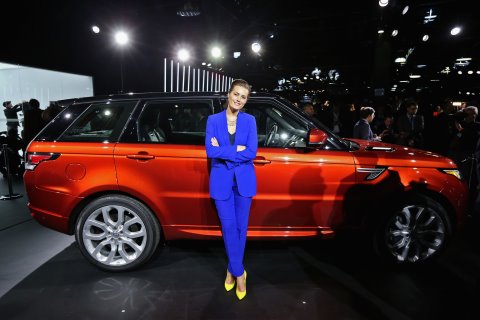 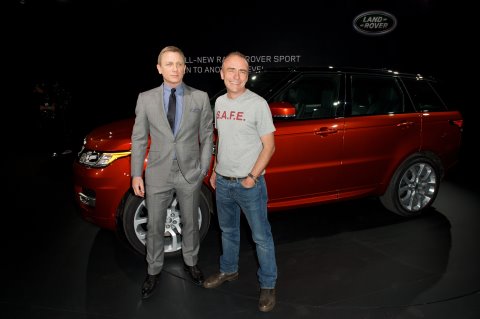 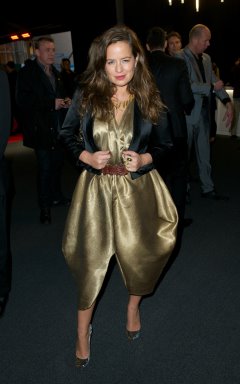 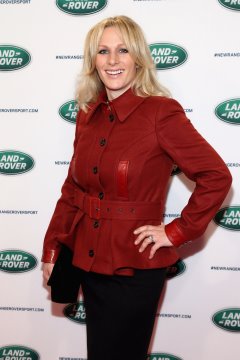 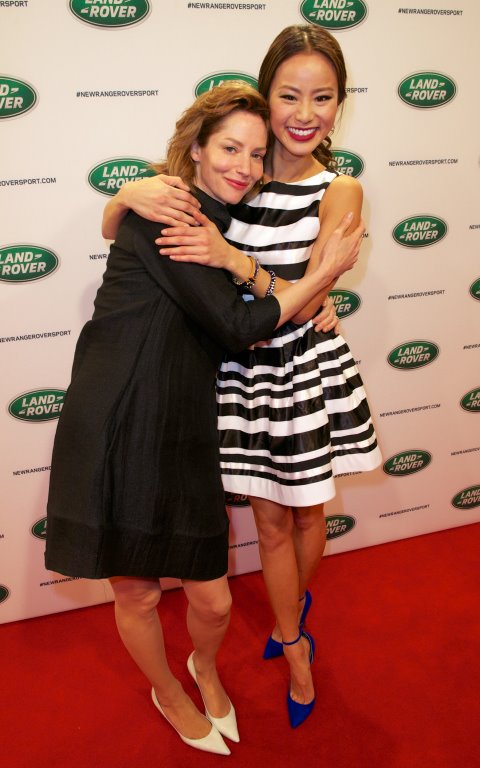 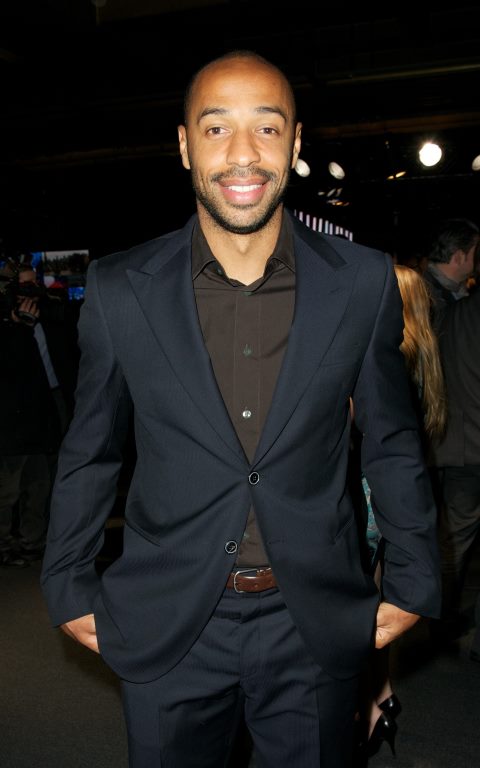 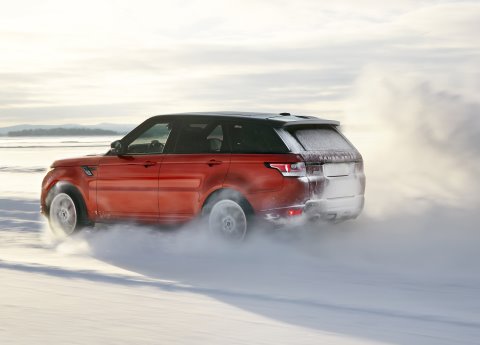 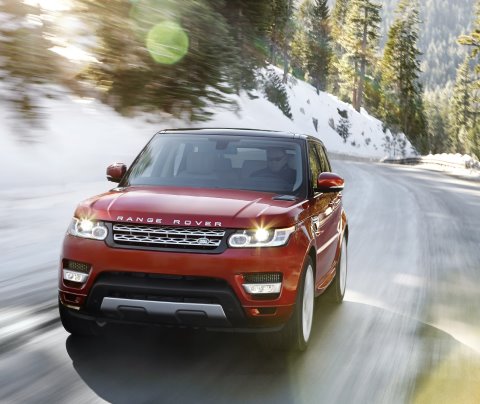 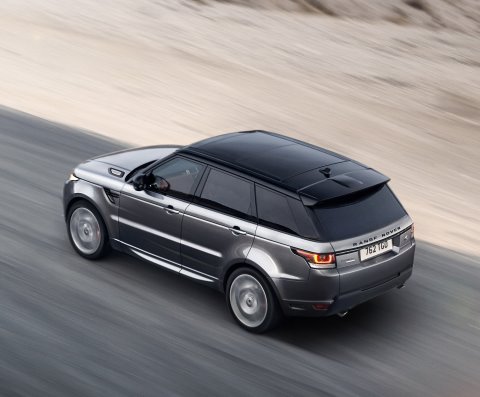 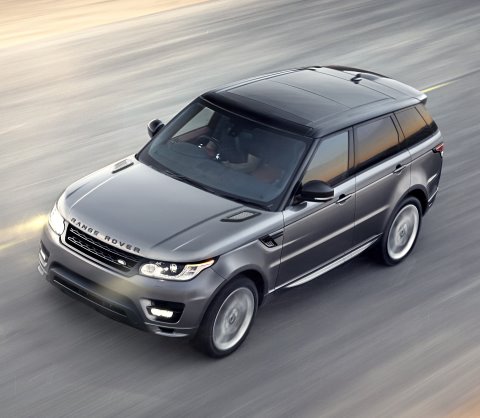 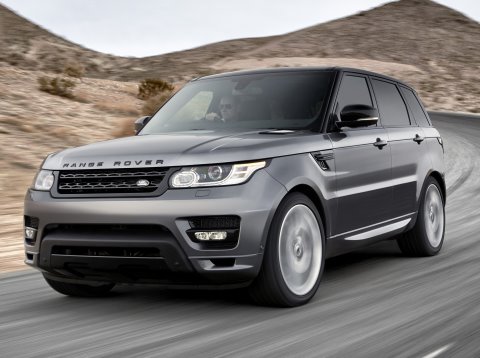 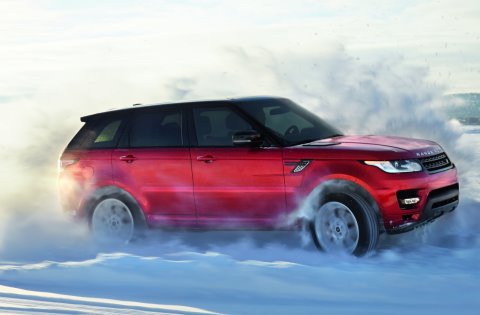 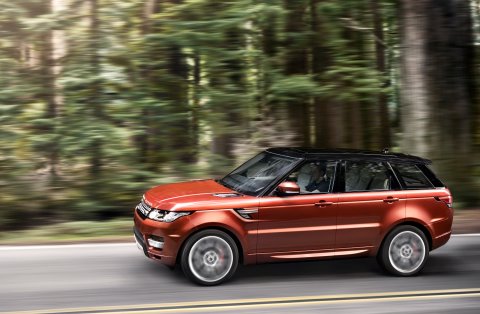 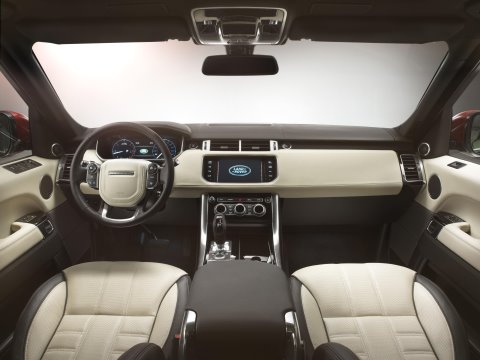