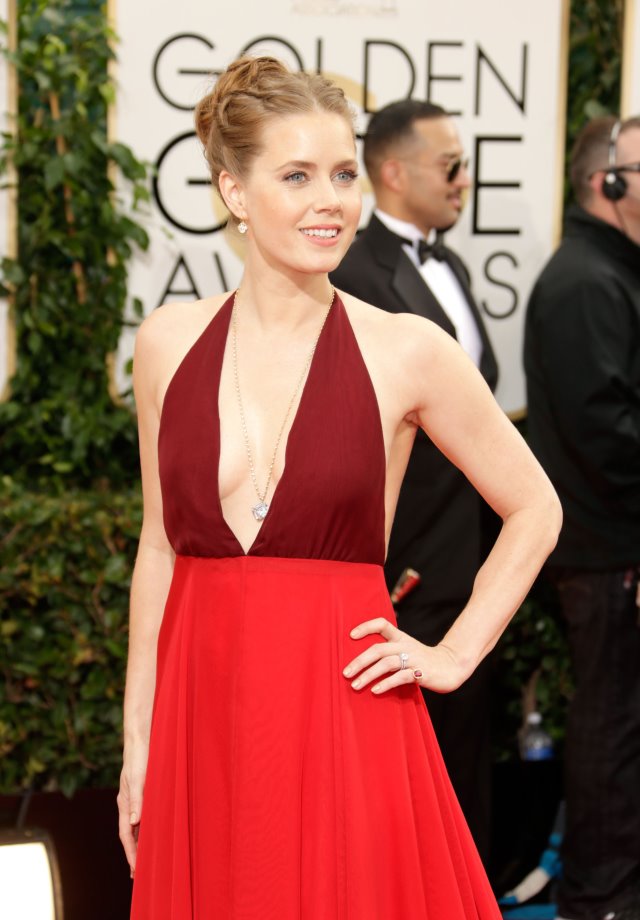 As Monday dawns Stateside, we have video highlights from the 71st annual Golden Globe awards from the Beverly Hilton Hotel, from the red carpet to post-award scenes.
You can catch glimpses of the bold colours donned by Lupita Nyong’o in Ralph Lauren, Zooey Deschanel in Oscar de la Renta, Amy Adams in Valentino, and Naomi Watts in Tom Ford.
Julia Louis-Dreyfus wore a Narciso Rodriguez red halter dress, while Cate Blanchett went for a black Armani Privé. We spied Taylor Swift in Carolina Herrera, in black and red, while Sandra Bullock took the colour blocking trend with her Prabal Gurung dress.
Jennifer Lawrence’s white strapless Dior gown with two black straps this year wasn’t met with as much support among our team.
The Hollywood Foreign Press Association got it right with many of the winners: 12 Years a Slave took the best drama award, while American Hustle—the subject of our style guide this week—won best motion picture (comedy or musical).
Alfonso Cuarón won best director for Gravity.
Lead motion picture acting awards went to Cate Blanchett for Blue Jasmine and Matthew McConaughey for Dallas Buyers’ Club in the drama category, and Amy Adams for American Hustle and Leonardo diCaprio for The Wolf of Wall Street in the comedy or musical category.
Awards for their supporting roles in motion pictures went to Jennifer Lawrence for American Hustle (her acceptance speech is below) and Jared Leto for Dallas Buyers’ Club.
Frozen won best animated feature film, and La grande bellezza (The Great Beauty) was the best foreign-language film.
Spike Jonze won the best motion picture screenplay award for Her, and Alex Ebert’s score for All Is Lost took its category. U2’s ‘Ordinary Love’ for Mandela: Long Walk to Freedom won best song in a motion picture.
Of the television awards, Breaking Bad was best drama, with lead Bryan Cranston winning best actor for the series. Best actress in a drama was Robin Wright in the House of Cards remake.
Amy Poehler won in the TV comedy or musical category for Parks & Recreation, and Andy Samberg won for Brooklyn Nine-Nine. The best comedy or musical TV series was Brooklyn Nine-Nine.
Behind the Candelabra won best mini-series or motion picture made for TV. The acting awards went to Michael Douglas for the same film, and Elisabeth Moss for Top of the Lake.
Supporting awards went to Jacqueline Bisset for Dancing on the Edge, with an acceptance speech that appeared to have taken the actress off-guard, and Jon Voight for Ray Donovan.