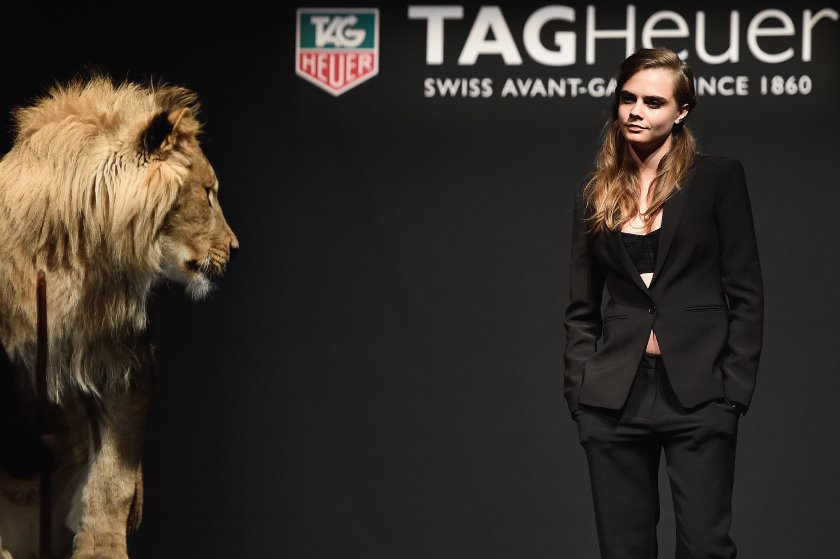 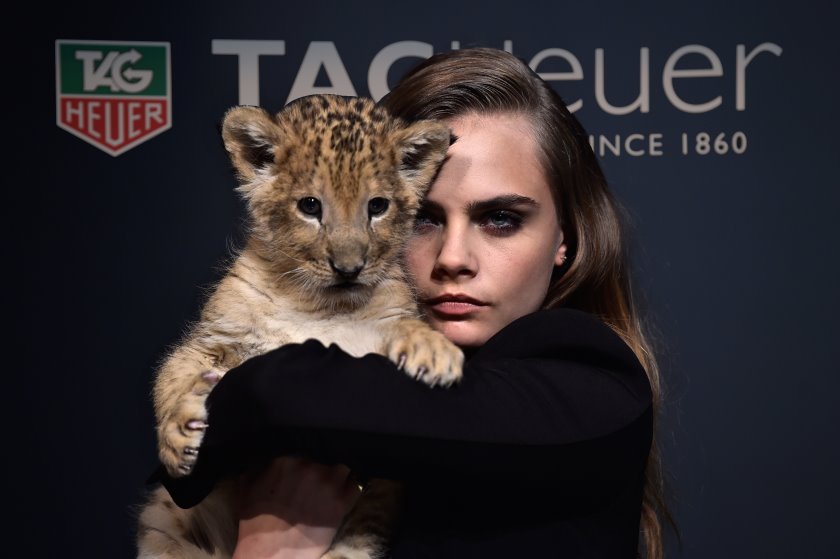 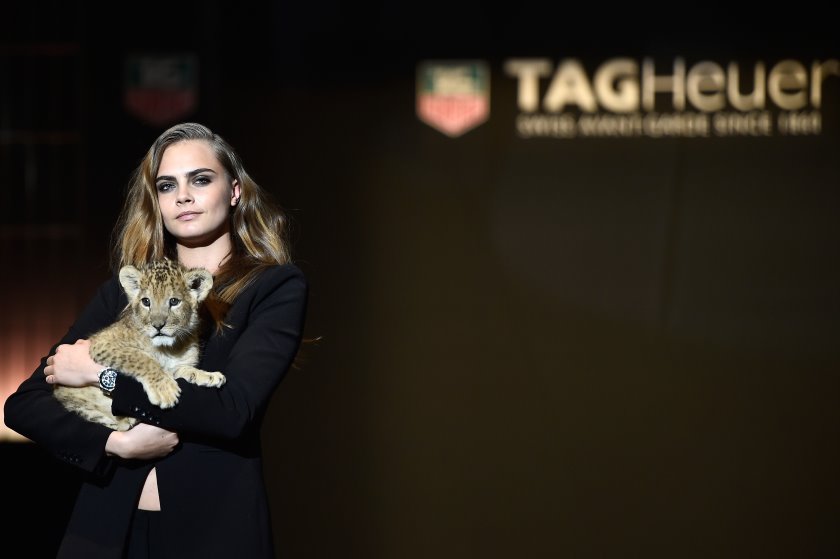 Cara Delevingne’s status as one of the celebrities of our era is further confirmed with TAG Heuer selecting her to be one of its new ambassadors. Calling her ‘the most disruptive “it girl” of the moment’, TAG Heuer has tapped into the model’s social media following (9 million on Instagram, 2 million on Twitter, 1·7 million on Facebook) to promote its range to a new audience.
She was welcomed into the TAG Heuer family at the Salle Melpomène at the École des Beaux-Arts in Paris, posing with a lion cub, in front of an audience of 150 VIPs and journalists. Tying in with the lion cub, the new TAG Heuer campaign will be hashtagged #Dont­Crack­UnderPressure.
The lion is a symbol that Delevingne identifies with, and she had one tattooed on her right index finger in mid-2013.
Delevingne wore a Karl Lagerfeld jacket at the event.
Jean-Claude Biver, CEO of TAG Heuer and President of LVMH Watches Worldwide, presented her with a TAG Heuer Formula One Steel and Black Ceramic Chronograph set with diamonds.
Biver said, ‘The TAG Heuer family is not just an idea, it is a team, with true team spirit. We needed someone disruptive yet elegant like Cara to open our minds to the brashness and boldness of today’s youth. TAG Heuer has set its sights on “it-ness”, and Cara is just the person to help us get there.’
The Daily Mail reported concern from Dr Neil D’Cruze of World Animal Protection, who told the newspaper, ‘Lion cubs are not photo props. Their health and well-being should not be compromised.
‘They belong in the wild, not draped over a celebrity just to sell a designer watch.’ 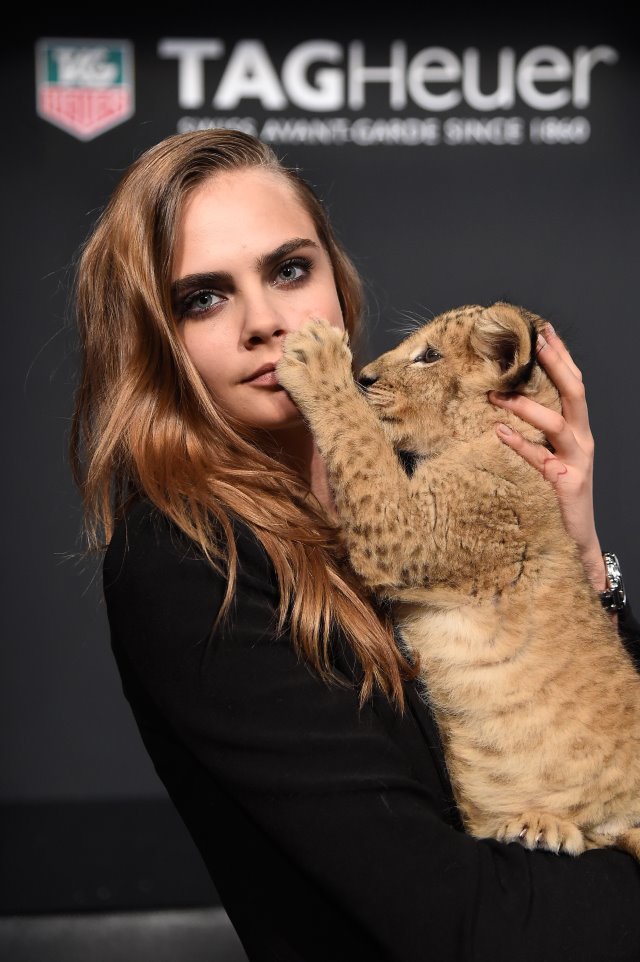 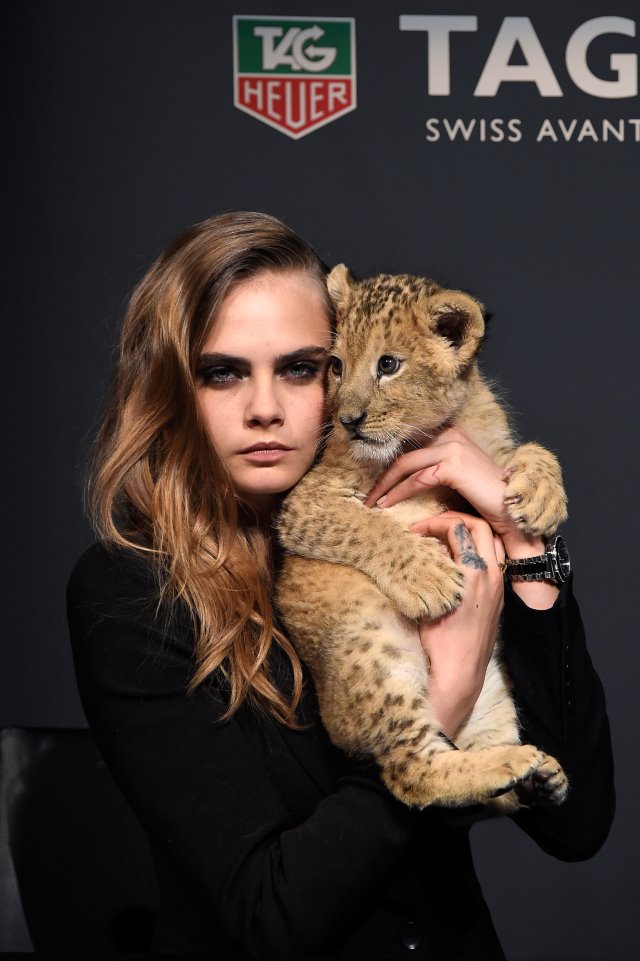 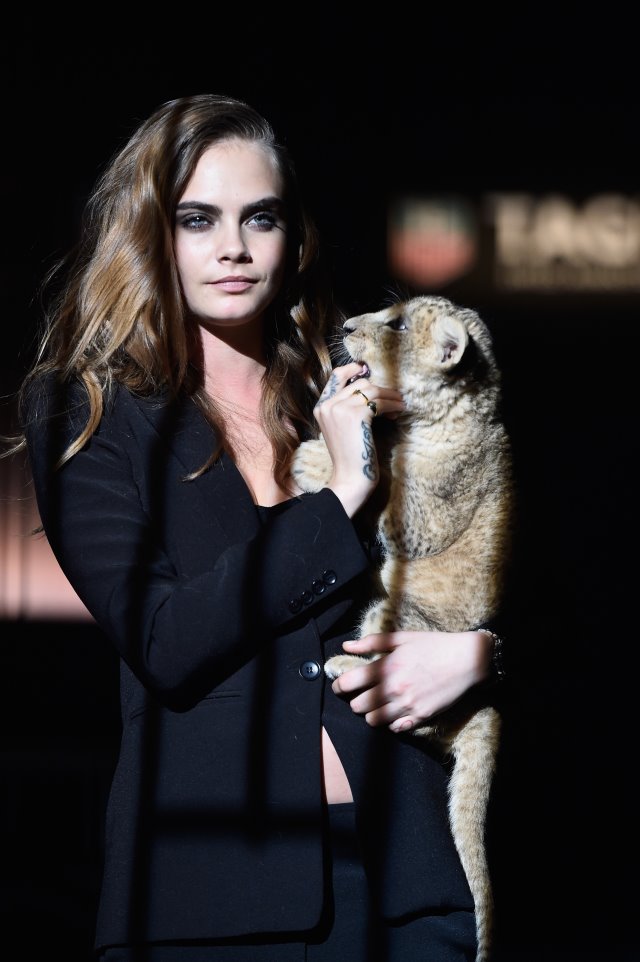 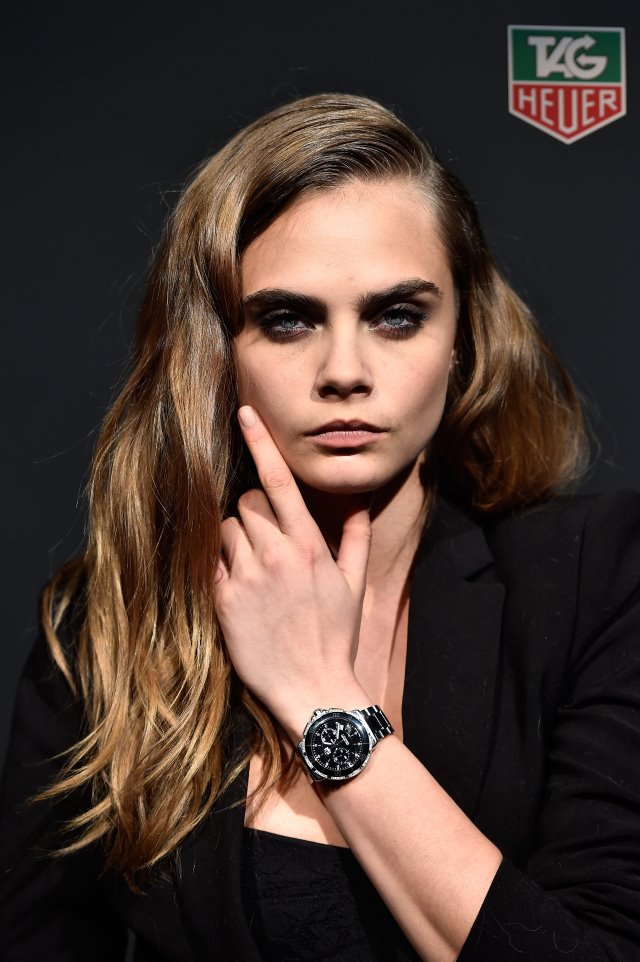 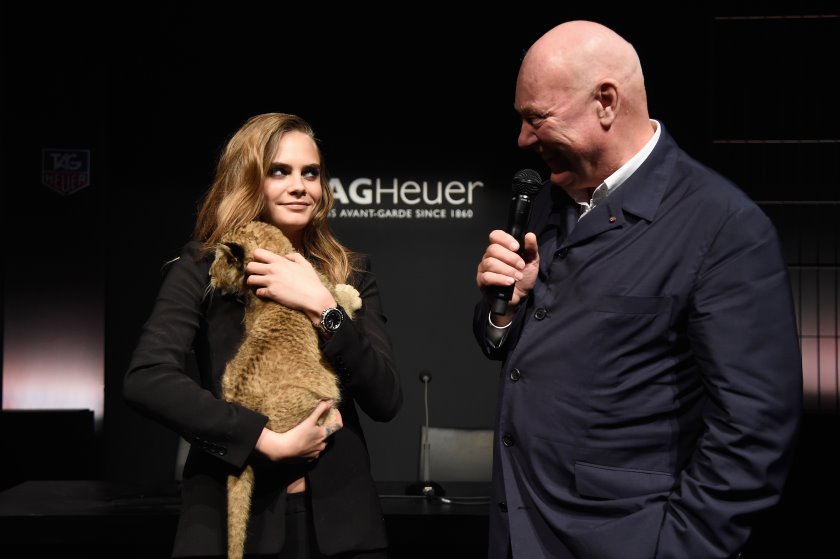