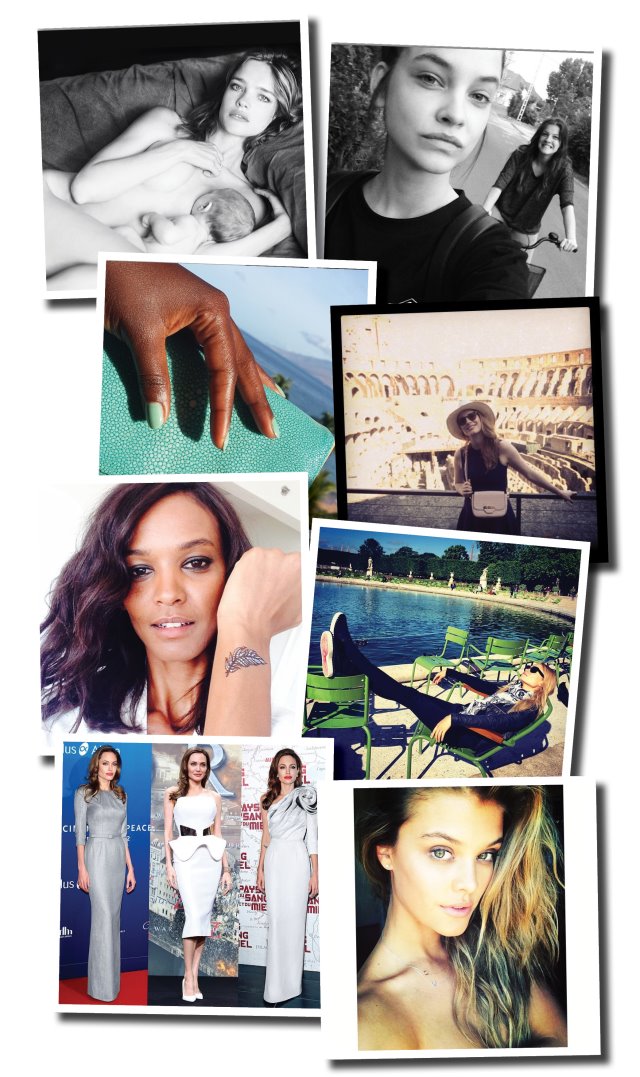 Model Natalia Vodianova made headlines with her Instagram this week, showing off a nude image with her breastfeeding son, photographed by Paolo Roversi.
The photograph was dedicated to her husband, Antoine Arnault, for his birthday. It was later revealed by Vodianova on her Instagram that the photographer was Roversi, who ‘was one of the first to photograph me all the way back in 2001’, she wrote.
Maxim was born on May 2—Vodianova Instagrammed his first photo at the time, noting he weighed in at 4·2 kg (9 lb 4 oz).
Model of the moment Barbara Palvin had a more casual photo spending time with her sister, Anita, posted cycling, while the actress we have dubbed ‘woman of the year’, Oscar winner Lupita Nyong’o, showed off her aqua-lacquer nails and matching cellphone cover from Maui, Hawai‘i.
Natasha Poly was also lounging by the pool in shades, a leather jacket and scarf, shot in Paris, from which she departed on Friday, and actress Jessica Chastain has been spending time in Roma, checking out the Colosseo (and noting its restoration) and, in another photo, posing with a Fiat nuova 500 (the 1957–77 variety).
Liya Kebede notes that the only jewellery she wore to the CFDA awards this year was a tattoo from Stone Paris for Colette. Ralph & Russo was in an awards’ mood, when it posted a composite image of Angelina Jolie wearing its designs, wishing the actress a happy birthday earlier this week.
Model Nina Agdal, too, kept things casual, sharing her images with Vogue Australia after a trip to Sydney, and posting one of them on her ’Gram.