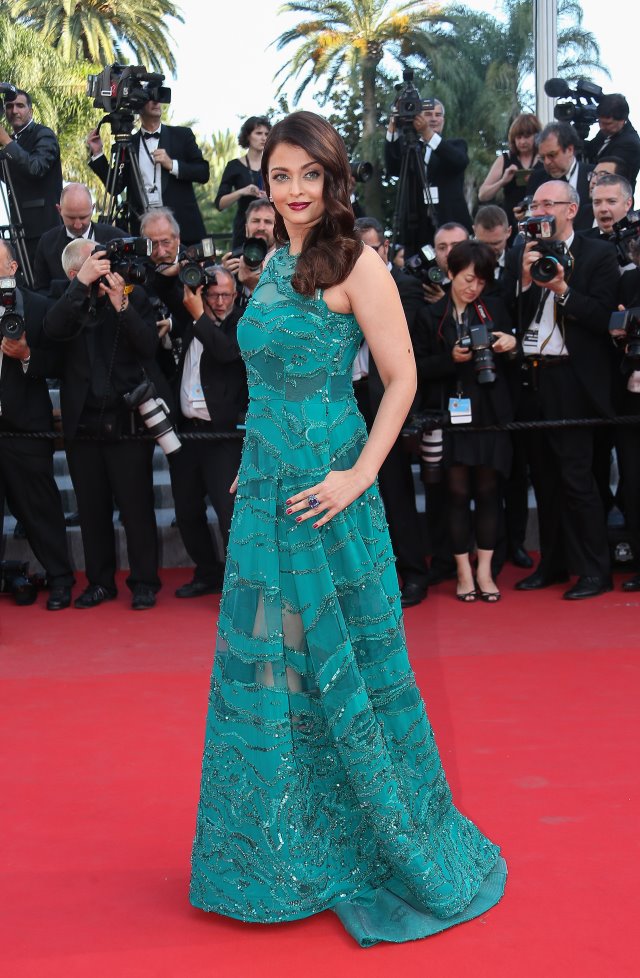 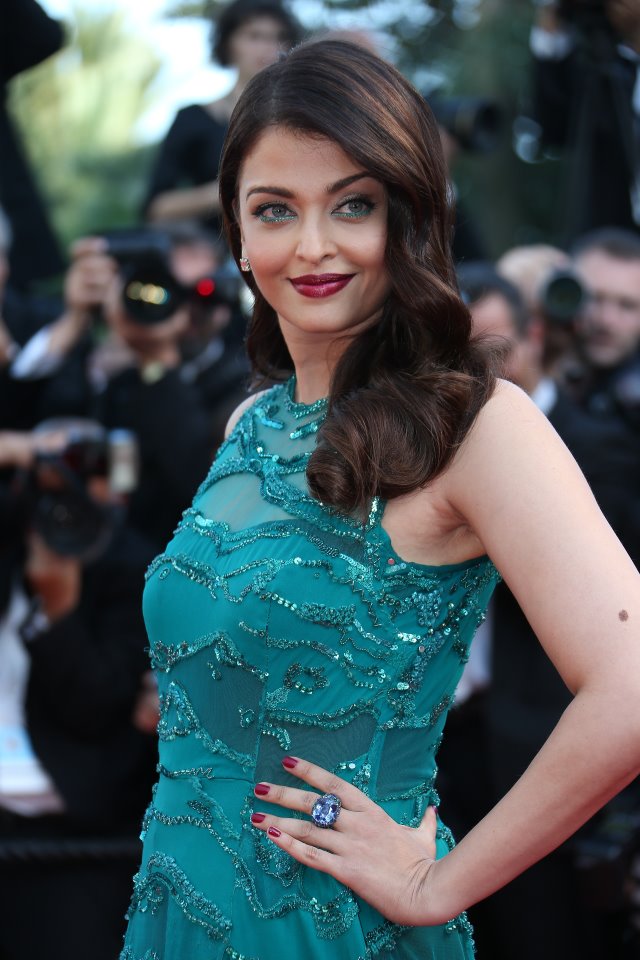 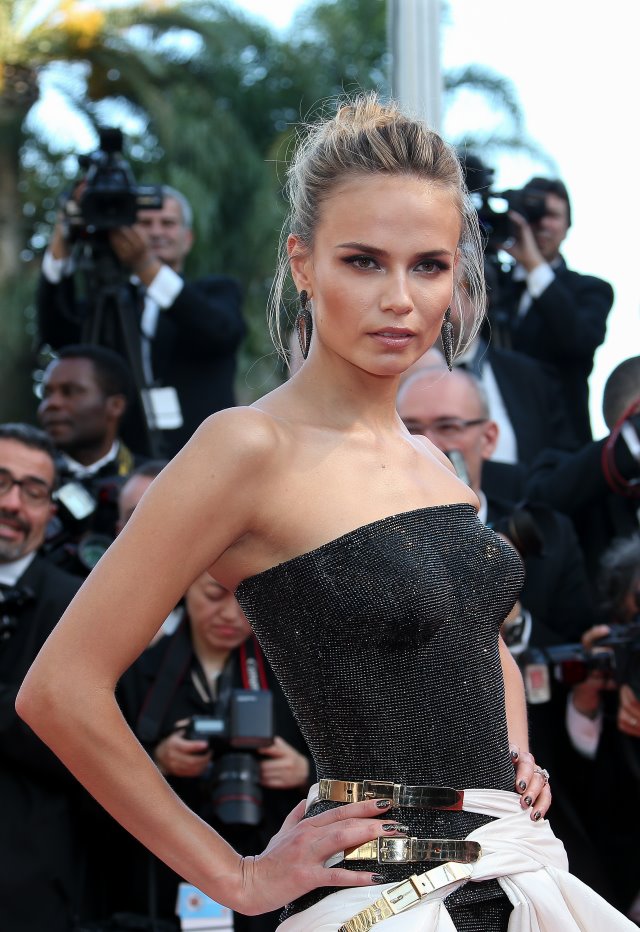 In our recent experience, no Cannes Film Festival is complete without Aishwarya Rai making an appearance. The actress and former Miss World graced the red carpet for Carol (the adaptation of the Patricia Highsmith novel, directed by Todd Haynes) at the Festival de Cannes with a nautical mood, with an emerald Elie Saab gown teamed with a de Grisogono cushion-cut blue sapphire ring. It marks her 14th year at Cannes as a L’Oréal ambassador. Her daughter accompanied her on the trip, as behind-the-scenes photographs from the Indian branch of the company revealed on social networks.
Also representing the French giant on day five at the Carol première was model Natasha Poly (Natalya Sergeyevna Polevshchikova) in a distinctive Versace design, featuring a sequinned body suit with a large belted skirt, so far her most imaginative outfit on the Cannes red carpet. Poly complemented this with de Grisogono Polina black diamond earrings. Eva Longoria, who was first spotted at a gala on Friday, walked the Carol red carpet resplendent in a dark blue Versace gown with a plunging neckline, Luma Grothe went with a short sequinned dress, and Li Bing Bing shone with porcelain skin and an updo, and another glittering white gown.
Svetlana Khodtchenkova was pretty in pink with her strapless gown, showing off her de Grisogono Boule earrings and Allegra ring. German actress Elsa Zylberstein  also chose de Grisogono jewellery, namely the XXL green tourmaline ring and briolette-cut emerald earrings, to go with her emerald Lanvin gown.
Despite the official selfie ban, Longoria snapped one with Rai on the Carol red carpet, reposted by L’Oréal Paris India. 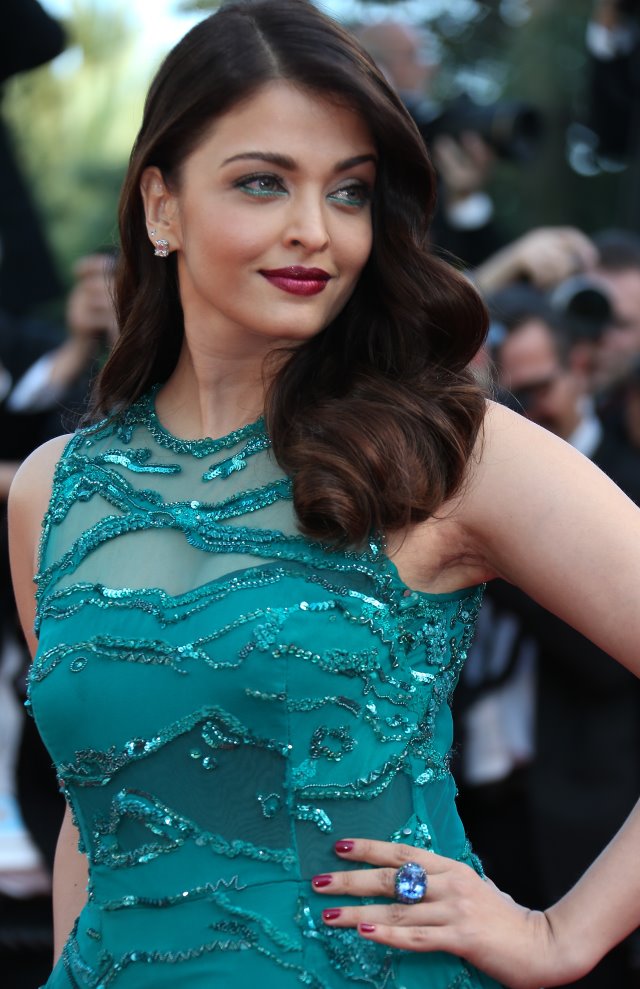 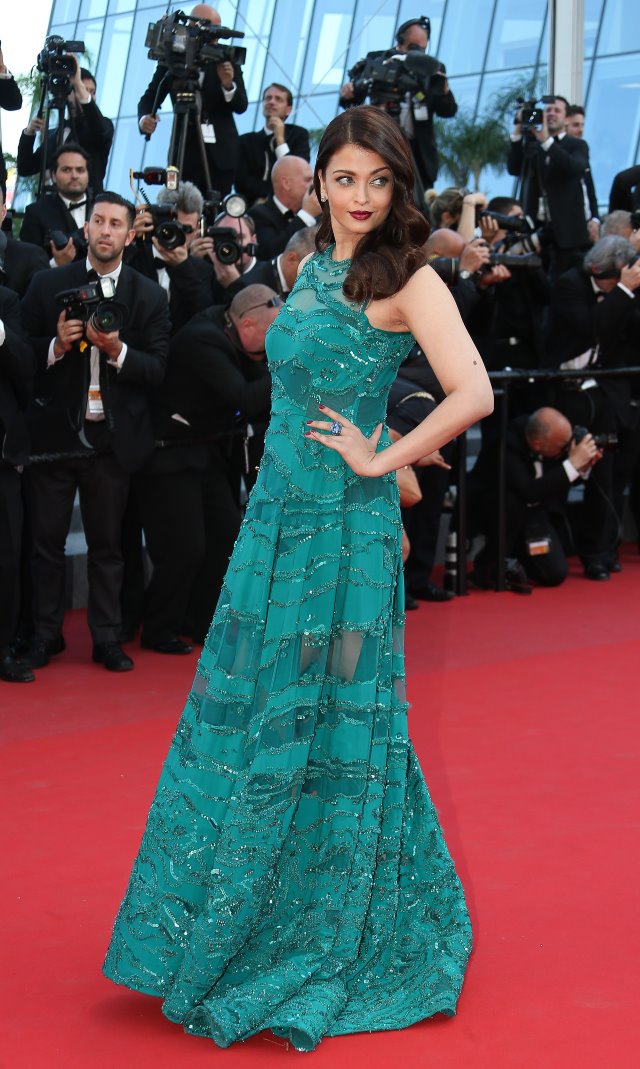 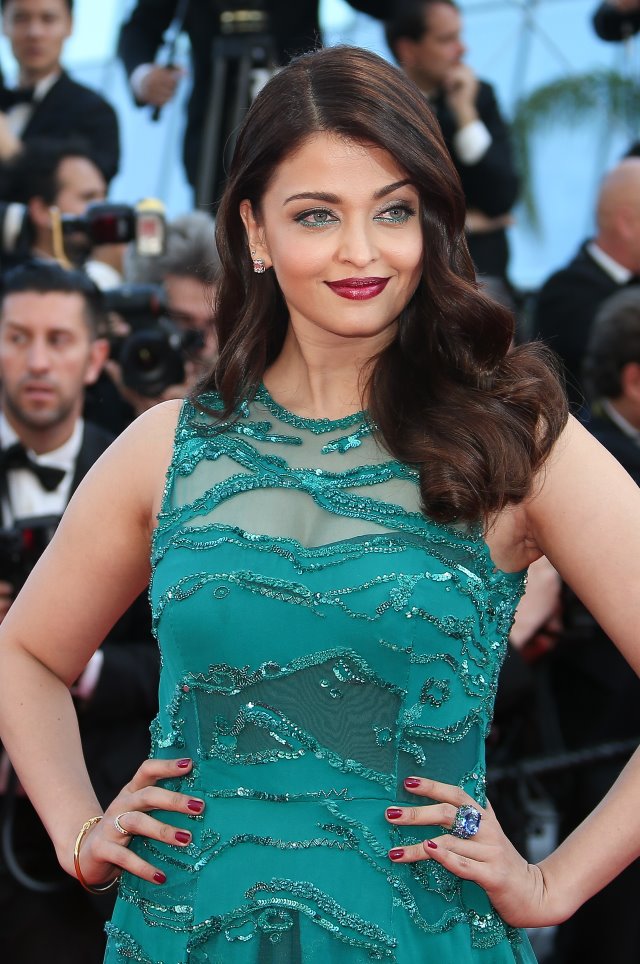 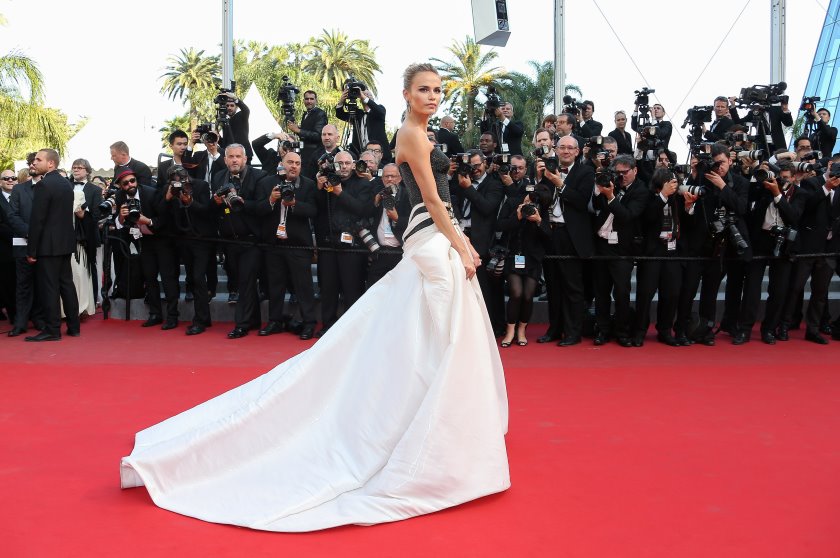 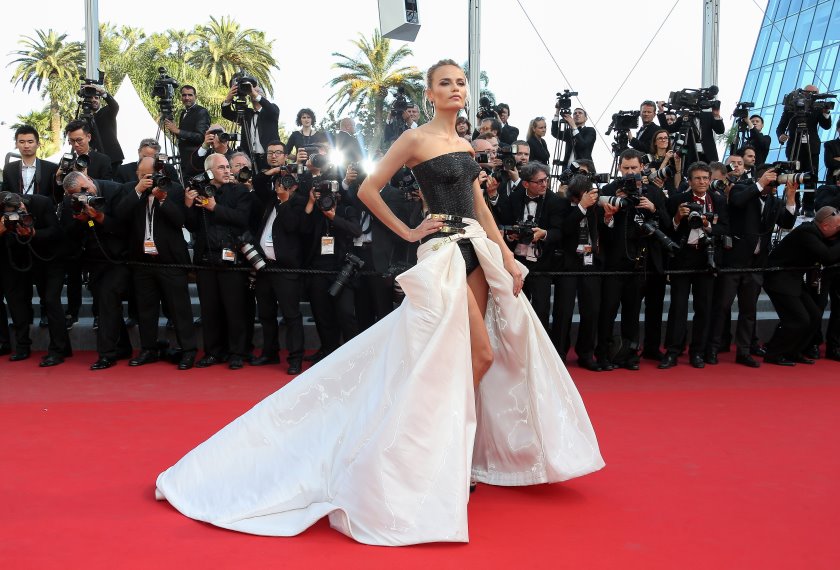 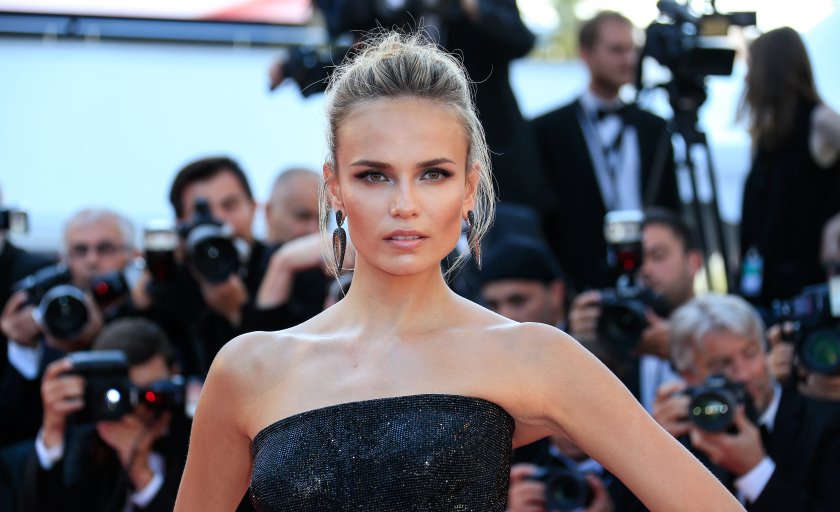 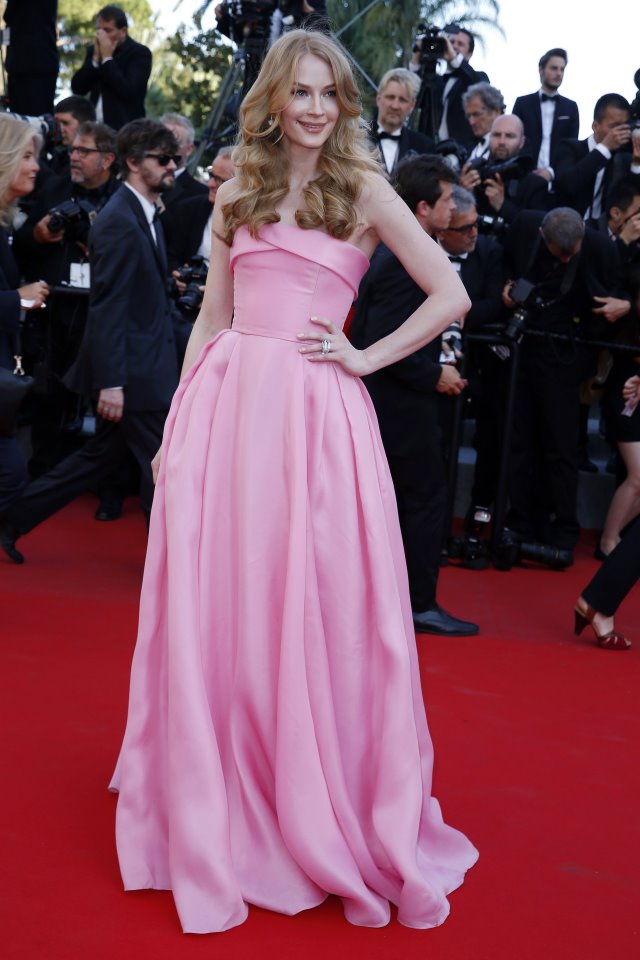 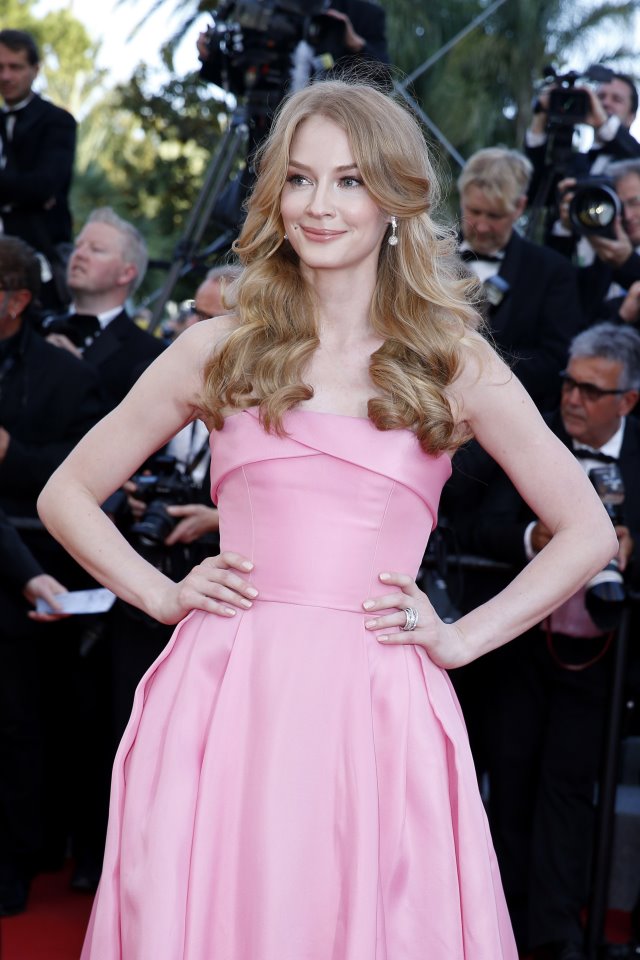 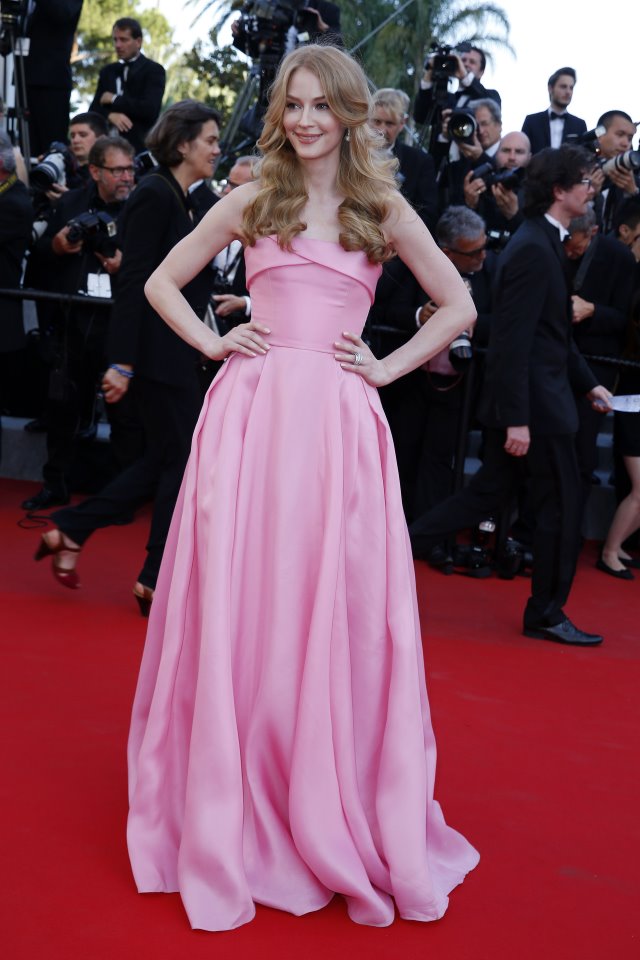 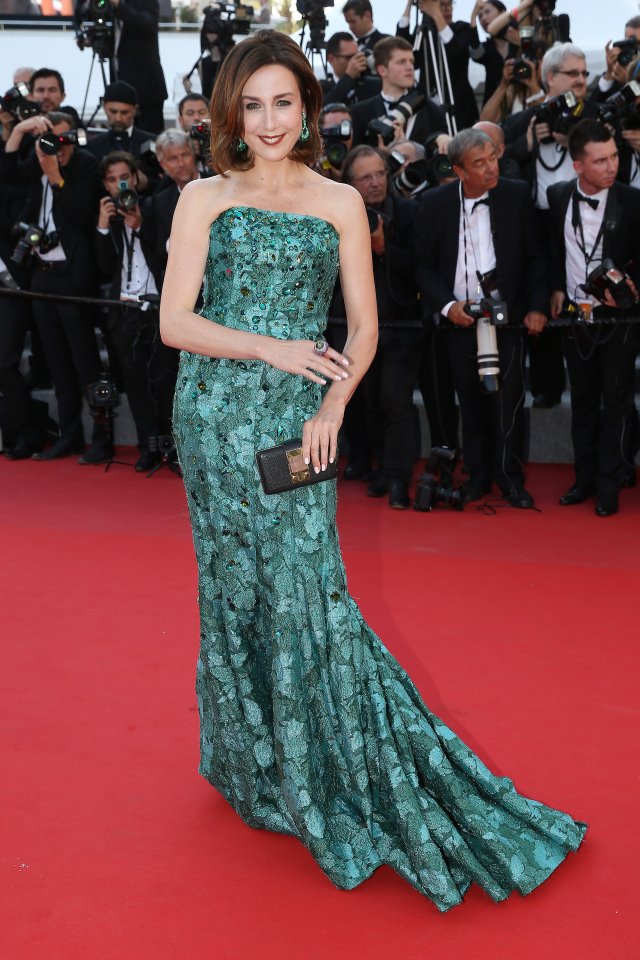 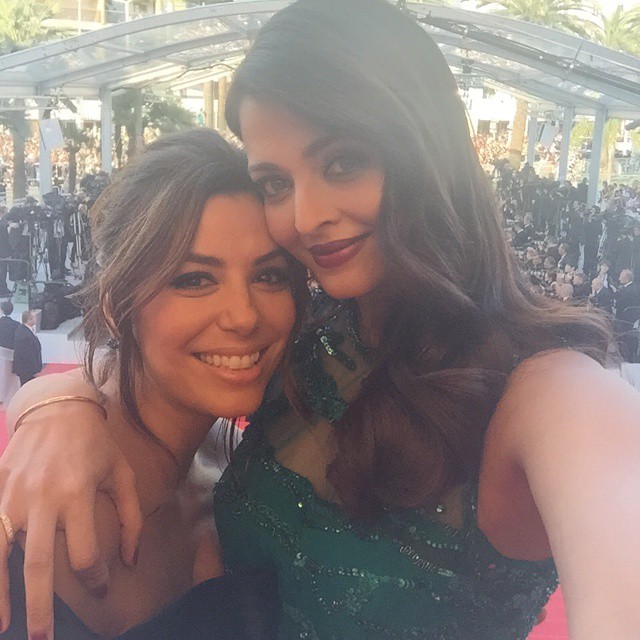 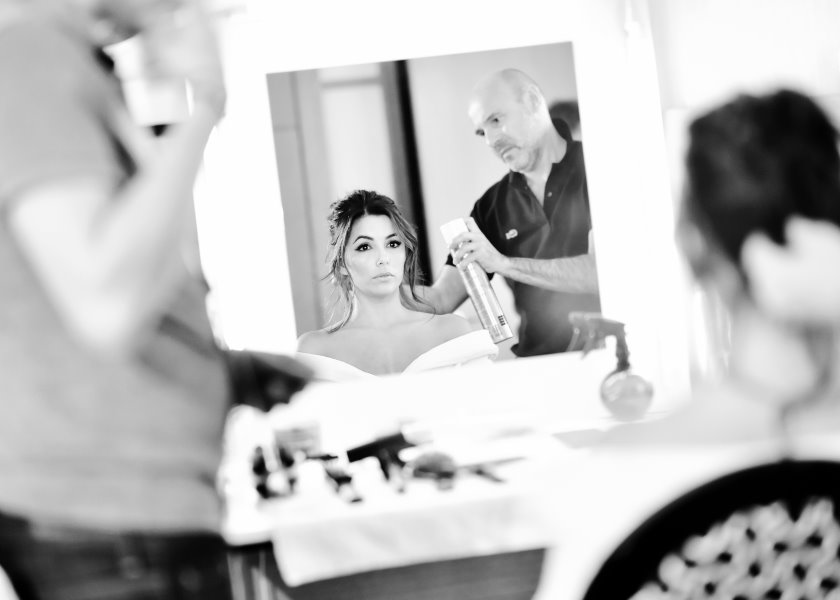