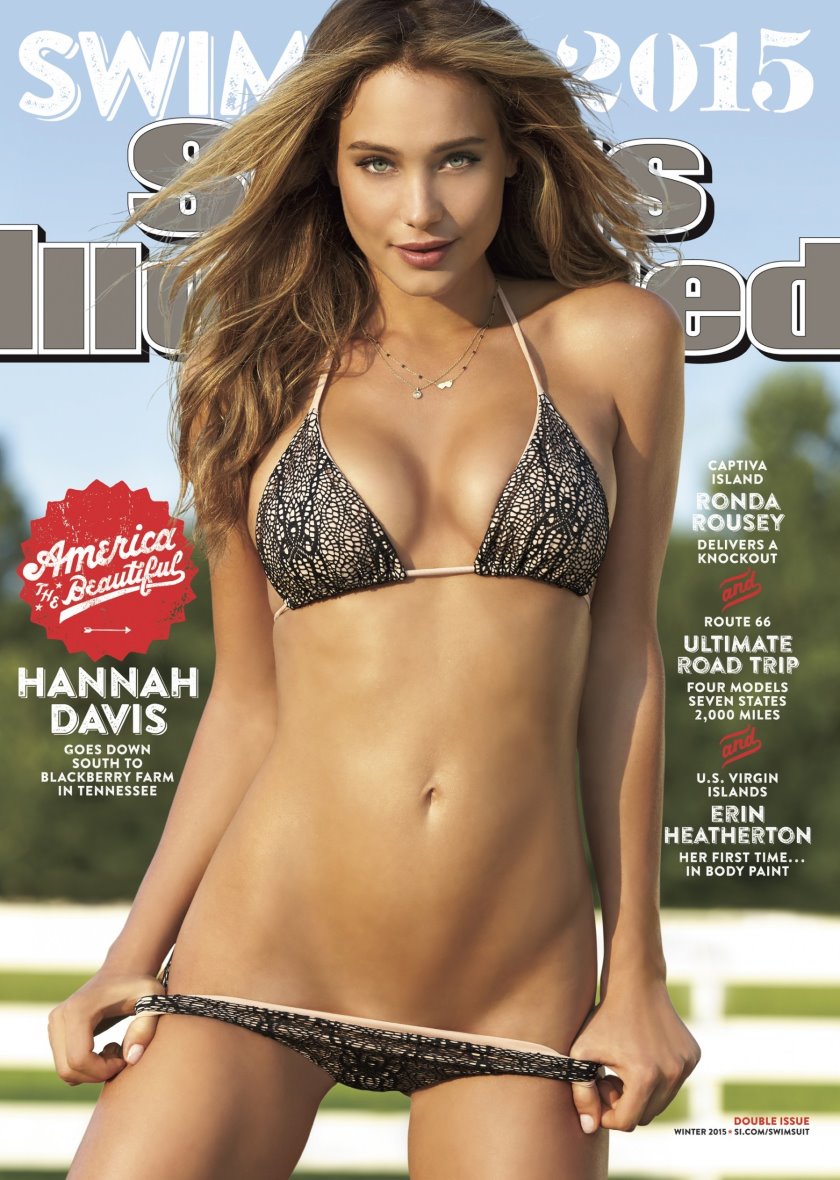 Hannah Davis appears on the cover of the 2015 Sports Illustrated Swimsuit Issue, as revealed last Thursday.
Davis, appearing on the Today show, defended her cover, featuring her tugging ber bikini bottoms down, which some called risqué.
‘I think you’re making it look a lot naughtier than it really is, to be honest … SI always tried to do something a little different every year and I think this year it’s the year of the torso,’ she told host Matt Lauer.
Davis said she would like to model her career after Kathy Ireland, who appeared in the Swimsuit Issue in the 1980s and 1990s. ‘She honours the fact that Sports Illustrated was the platform that sort of got her to that place,’ she said.
The magazine will also host Swim City events in New York on Monday and Tuesday, and Nashville on Wednesday and Thursday, including a concert by Kings of Leon on Wednesday night, which will be live-streamed.
The events will feature model appearances and shops selling Sports Illustrated Swim gear.
A Travel Channel five-part special will première on February 15—considerably up on the one-hour specials that pushed the Swimsuit Issue a generation ago.