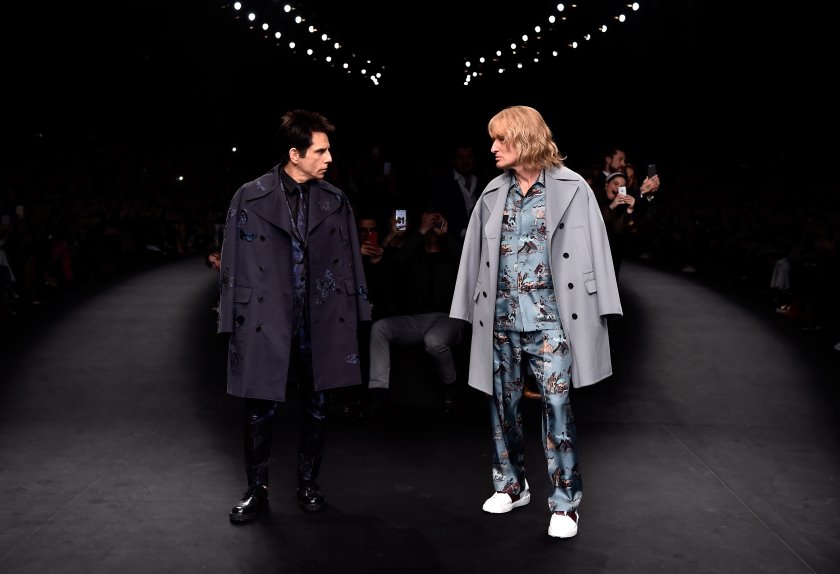 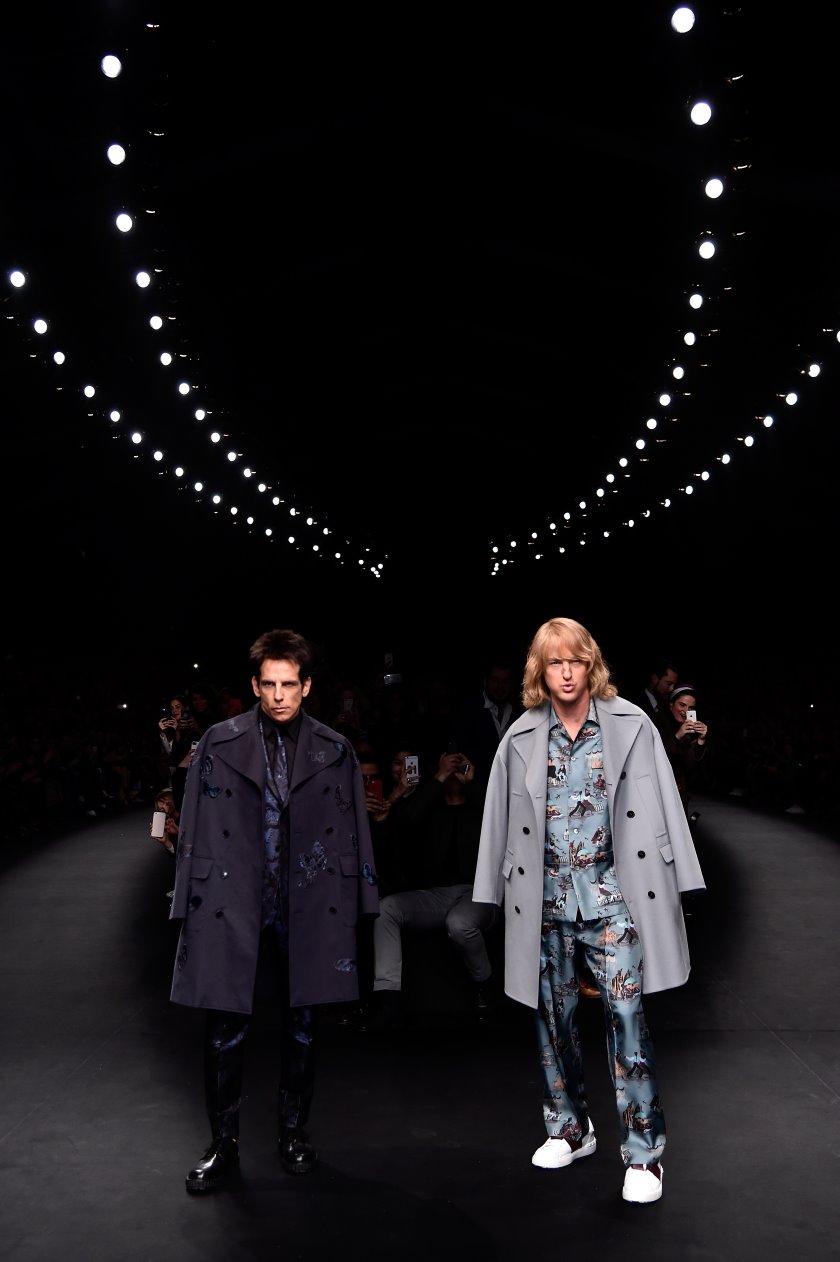 Ben Stiller and Owen Wilson, playing Derek Zoolander and Hansel from their roles in the 2001 hit film Zoolander, appeared to spontaneous applause at Paris Fashion Week, where Paris editor Lola Cristall is compiling her full report.
The pair appeared on the catwalk at the Valentino ready-to-wear autumn–winter 2015–16 show, and posed with their “blue steel” looks—a term popularized by the movie about the fictional male model, Derek Zoolander.
Stiller wrote and directed the original film, and it remains well known within the fashion industry.
A sequel will be released on February 12, 2016.
Stiller and Wilson posed with Vogue editor-in-chief Anna Wintour backstage. 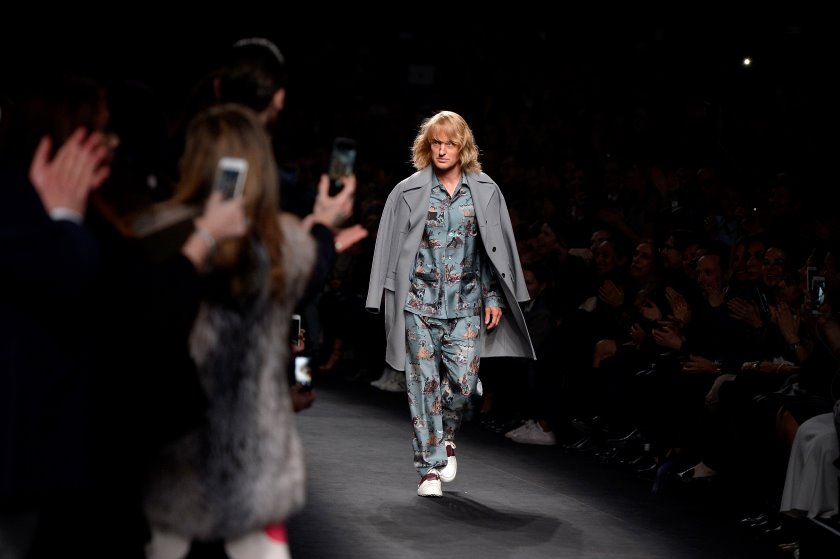 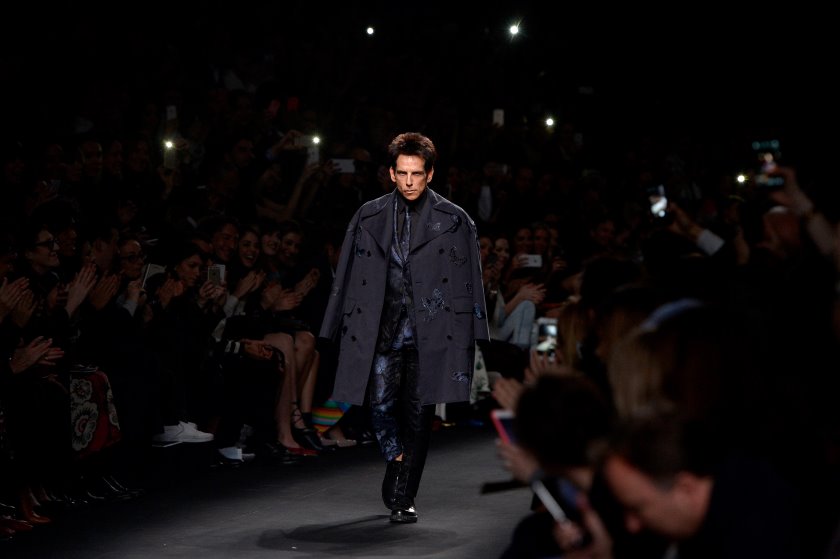