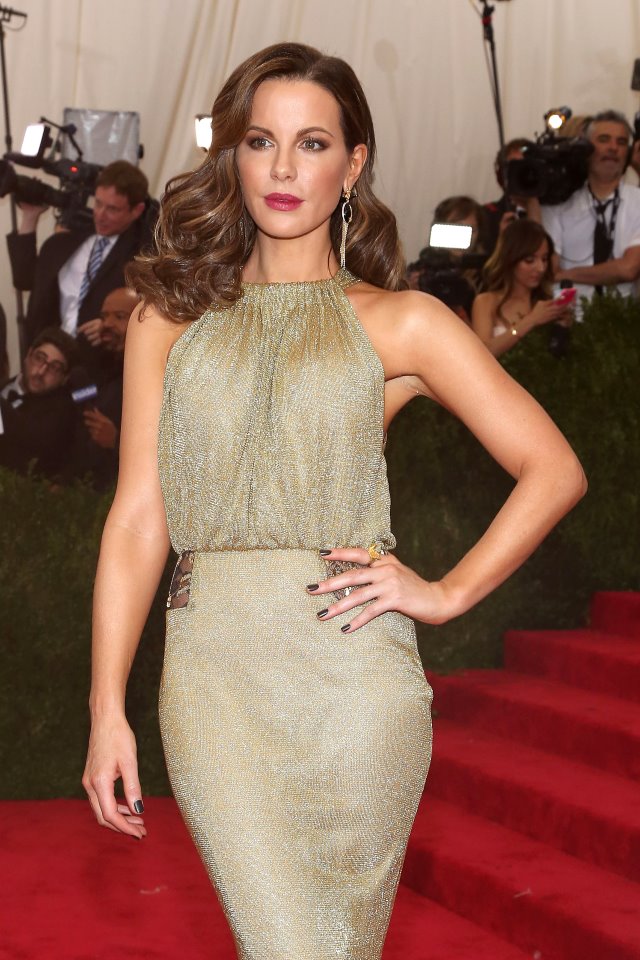 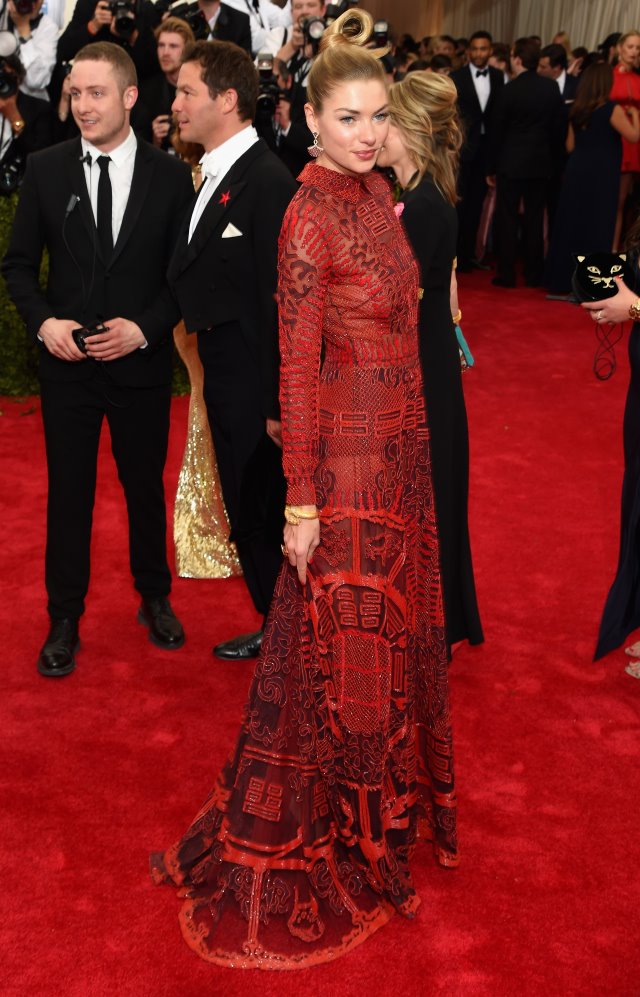 Who wore what at the Metropolitan Museum of Art’s Costume Institute 2015 Gala, benefiting the CFDA–Vogue Fashion Fund, with the theme, China: through the Looking Glass?
We spotted Jessica Hart in a red Valentino Chinoiserie-style velvet dress, really getting into the spirit of the theme, accessorized with Carrera y Carrera jewellery; Kate Beckinsale made a similar choice for her jewels, and opted for a golden gown from Diane von Fürstenberg and heels from Christian Louboutin.
In our videos below, Sarah Jessica Parker surprised with a massive Philip Treacy custom headdress and a gown with a long train, designed by her in collaboration with Hennes & Mauritz. She wasn’t alone in donning head pieces: Tabitha Simmons (in Dolce & Gabbana) and Selena Gomez (in Vera Wang) went for them, too.
Katie Holmes, sporting a fashionable bob, meanwhile, wore a sparkling, backless, beaded Zac Posen gown, with rose embroidery on the train. Kerry Washington, accompanied by her husband Nnamdi Asomugha, wore a satin Prada gown with a long train and floral embroidery. Another celebrity couple was Robert Pattinson and FKA Twigs—one of Lucire’s news-makers as we summed up 2014—with Twigs wearing a high-slit gown with a nude print, complete with male genitalia, while Pattinson opted for something more conservative.
Beyoncé was late to the event but eventually emerged wearing a very revealing, sparkling Givenchy gown, designed by Riccardo Tisci, that was barely there, inspired by I Dream of Jeannie—which also explains the ponytail. Another celebrity followed by the celeb titles, Kim Kardashian, wore a form-fitting white dress designed by Peter Dundas, from his first collection for Roberto Cavalli.
Miley Cyrus’s hair also gained attention with its new look, with blue and green tints, while she wore a black studded Alexander Wang gown with large cut-outs, accessorized with an Ana Khouri ear cuff. Rihanna arrived later at the event, wearing a startling yellow Guo Pei robe with a train so large it required three assistants.
The last video features Sofía Vergara in a Grecian-inspired Marchesa gown, and her fiancé Joe Manganiello. Vergara wrote on Instagram, ‘Gracias! So excited to be going to the Met Gala … We r ready!!’