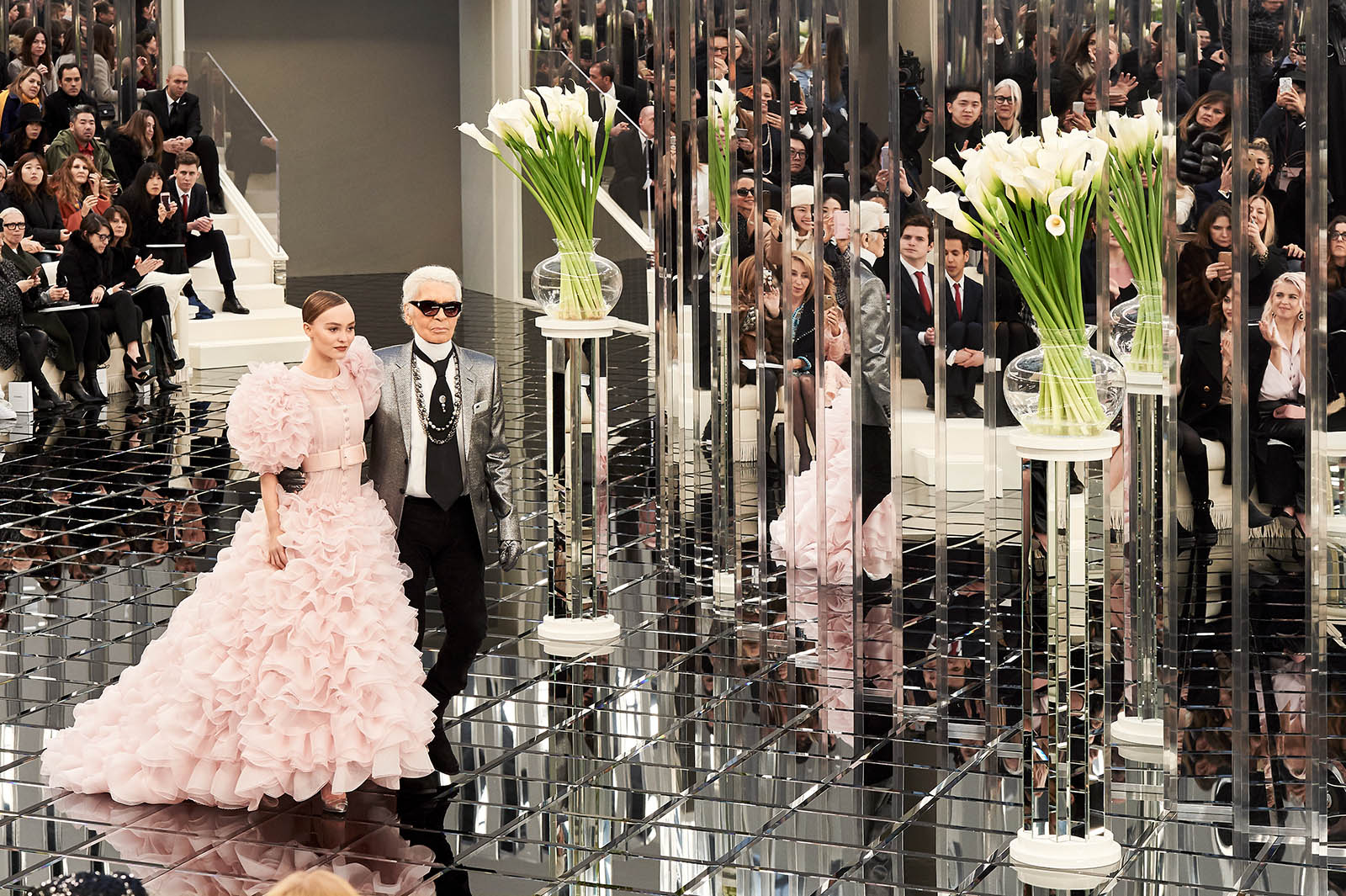 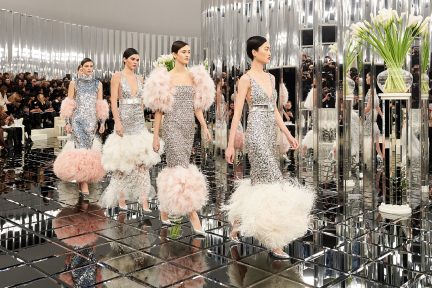 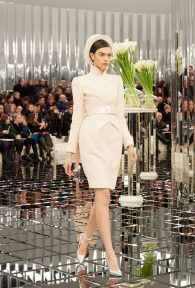 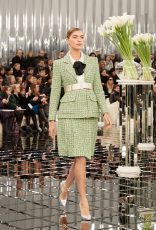 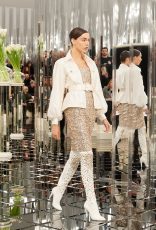 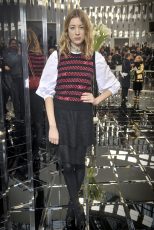 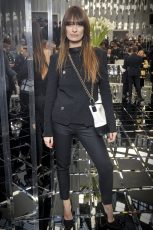 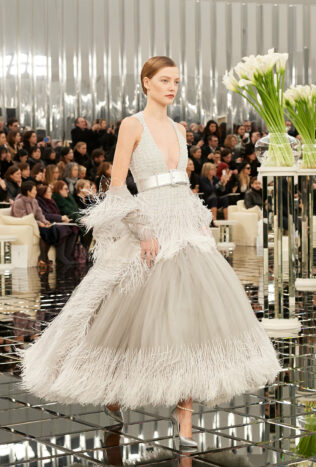 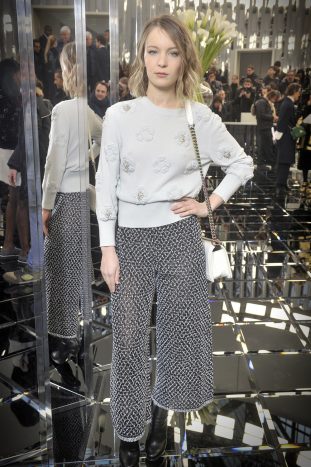 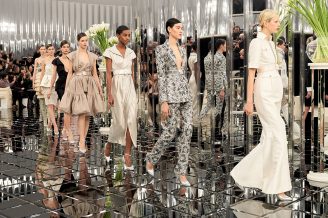 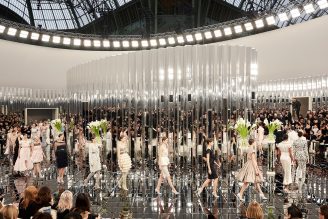 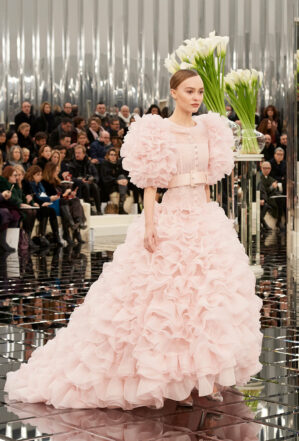 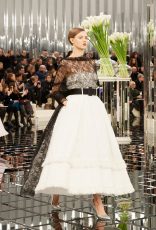 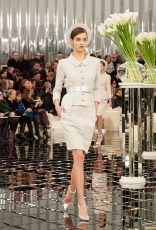 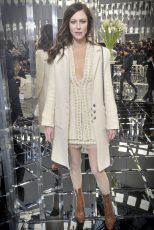 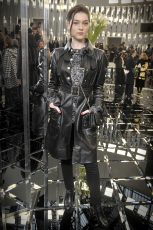 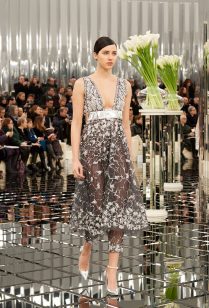 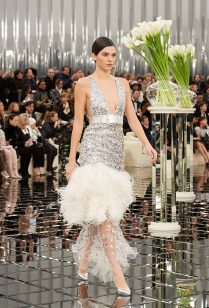 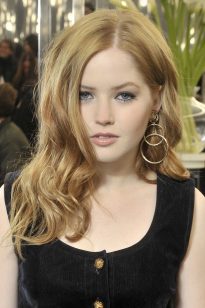 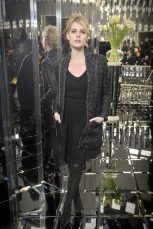 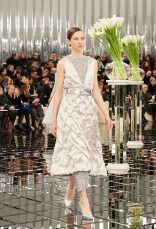 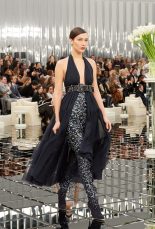 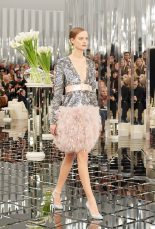 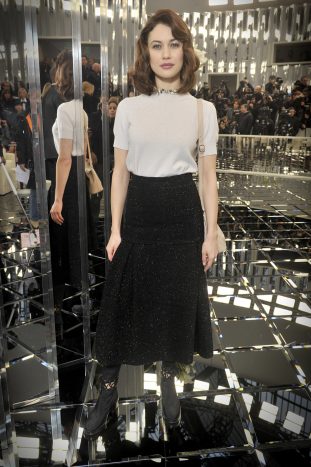 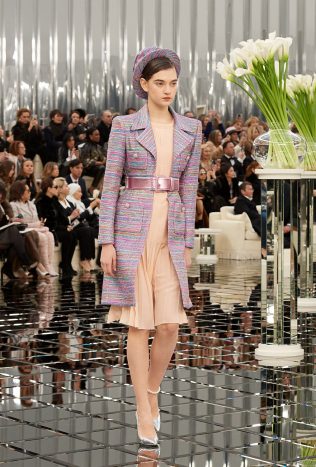 On January 24, Chanel released its spring–summer 2017 haute couture collection. House ambassadors Vanessa Paradis, Anna Mouglalis, Caroline de Maigret, Alma Jodorowsky, G-Dragon and Shin Hye Park, singer Cécile Cassel, English actresses Lucy Boynton and Ellie Bamber, Chinese model Liu Wen, as well as French actresses Diane Rouxel, Laura Smet, Olga Kurylenko, Sigrid Bouaziz, Anamaria Vartolomei, Céline Sallette, Anne Berest and Karidja Touré were all present at the Grand Palais.
The collection’s look was all about a crazy femininity: structured shoulders, straight or tubular lines, defined and slightly raised waists. Alongside major hues of white, silver and grey, the palette moved from beige, pink, yellow, blue and pastel green through to black and navy.
The show began with crisp tweed suits with clean couture lines, pleated and belted in toned-down but vibrant colours. Some of the suits had elegant tied bows around the neck in bold. From there, the show continued with a scene of silver silhouettes, adorned with feathers, sequins and glitter.
The last segment of the show continued with slimmer dresses and skirts, many of which were polished by light pink and silver ostrich feathers on their linings. Karl Lagerfeld’s spring 2017 couture show grand finalé was Lily-Rose Depp, the face of Chanel No. 5, in a pink bridal gown with ruffled sleeves and skirt that left everyone in awe.—Nathalia Archila