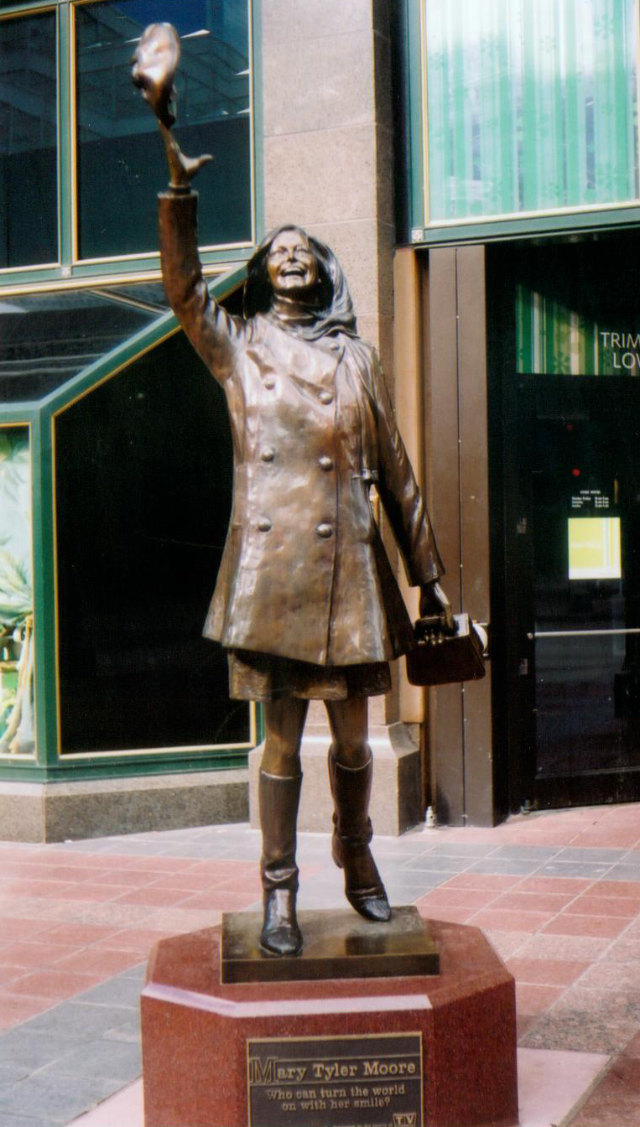 You’re going to make it after all When visiting Minneapolis many years ago, I photographed the now-famous statue of Mary Tyler Moore doing the “hat toss” from the credits of The Mary Tyler Moore Show.

When I asked my colleague Nathalia Archila to write an obituary for Mary Tyler Moore, it reminded me of an episode of The Mary Tyler Moore Show where Mary Richards’ boss, Lou Grant, asks her to update obituaries as part of her job. It seems there are plenty of links in my life to The Mary Tyler Moore Show, a show I grew up watching.
I have a connection with the show as a fan: I once ran the biggest email list for the series and its spinoffs. Called The Mary & Rhoda List, it was a place where other fans could discuss their favourite moments and keep up to date with the stars. It was originally run with a bunch of addresses, before I shifted it to Egroups, which later became Yahoo! Groups. For many years now, while I’m still listed as the admin, it’s been run by Sandy McLendon, a US-based fan.
The list did catch the eye of co-star Valerie Harper, who one year sent me a nice autographed copy of her book for Christmas, along with a wee note. It was an acknowledgement of a job well done. But when Facebook and social media became the norm, the group became much less frequented.
But why did this show have such an impact? In the 1970s, there was the backdrop of feminism, and watching The Mary Tyler Moore Show did give me the notion that women should be treated as equals to men. An underlying feminist theme existed in many of the episodes, and the absence of pay parity was directly addressed in one of them. I was too young to have noticed the references to Mary spending the night at a boyfriend’s or the fact she was on the Pill, but what I did see as a child was a Mustang-driving woman who had an independent life and a nice apartment. Why couldn’t all women do what they wanted and not be subject to what society dictated? Perhaps it appealed to my nonconformist mindset, something which I’ve had my entire life.
I can’t be the only middle-aged man today who gained some awareness of feminism and equal rights through this show.
I might have even gained the notion of working in the media through The Mary Tyler Moore Show—after all, plenty of people became comedy writers after seeing The Dick Van Dyke Show—and, perhaps to a similar degree, Tabitha (think The Mary Tyler Moore Show if Mary Richards was a witch living out in California).
In reruns I discovered the snappy writing and directing of The Mary Tyler Moore Show, and when you compare it to the shows that had just gone before—The Beverly Hillbillies comes to mind—it was realistic, urban and sophisticated. American films had become more gritty around that time, and television followed. While somewhat idealized, and certainly not as downbeat as All in the Family, the successful US remake of Till Death Do Us Part, you could associate with the characters. You simply couldn’t on the other show about a Texas oil millionaire living in Beverly Hills. Showing it to my other half tonight, she remarked at how little it had actually dated: there still isn’t pay parity for women, for instance, and women over 30 are still under pressure from society and, sometimes, family, on whether they will get married and have kids. I worked out that this show aired 47 years ago, and 47’s a lot nearer to 50 than it is to 40. Half a century and we’re still not giving women their due.
It’s a show I have enjoyed regularly, including its reruns in the late 1990s, though, interestingly, its most acclaimed episode, ‘Chuckles Bites the Dust’ (1975), isn’t my favourite. I even had the 2000 TV movie, Mary & Rhoda, recorded by friends in the US and air-mailed over here, though it was such an appalling production that I wondered if it was worth the trip.
Again in reruns, I became a fan of The Dick Van Dyke Show. I wasn’t born during that show’s original run; instead, I had seen van Dyke and Carl Reiner’s later effort, The New Dick Van Dyke Show. And Dick van Dyke, of course, was the silver-haired man giving us fire safety messages on New Zealand TV then, presumably adaptations of US PSAs.
The Dick Van Dyke Show gave us a look at an extremely fun job—that of comedy writers—but there was also plenty of romance between van Dyke’s Rob Petrie and his screen wife, Laura, played by Moore. Maybe that, too, was idealized, but I see elements of that in my own relationship—that if you’ve got to keep it going, you need to inject some fun. I saw myself as a Rob Petrie kind of guy, and I might never have watched the earlier show if it wasn’t for Moore’s involvement. 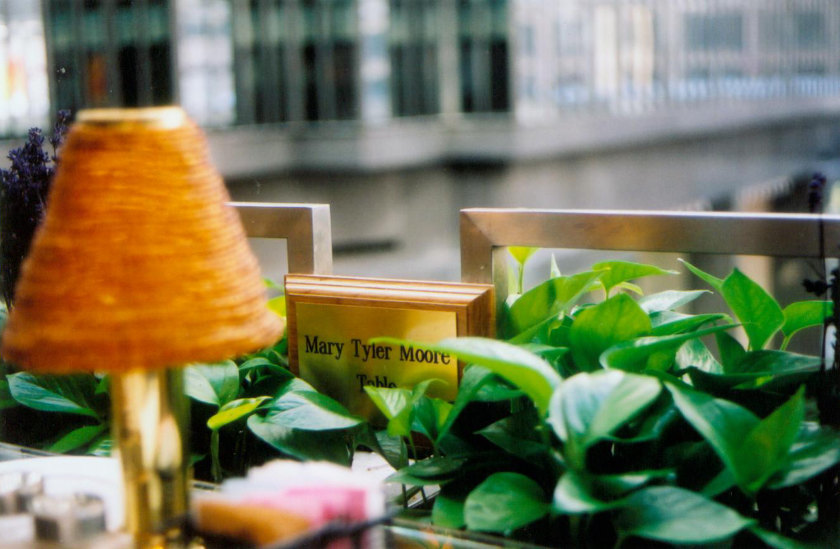 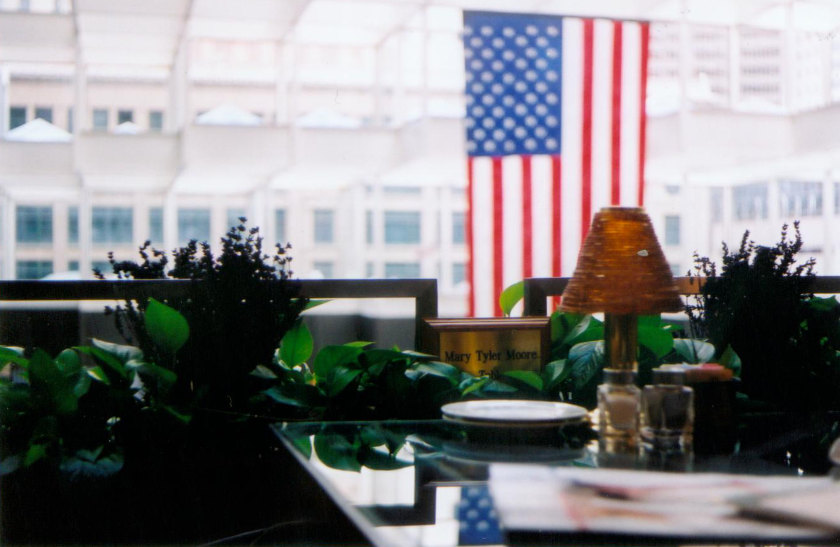 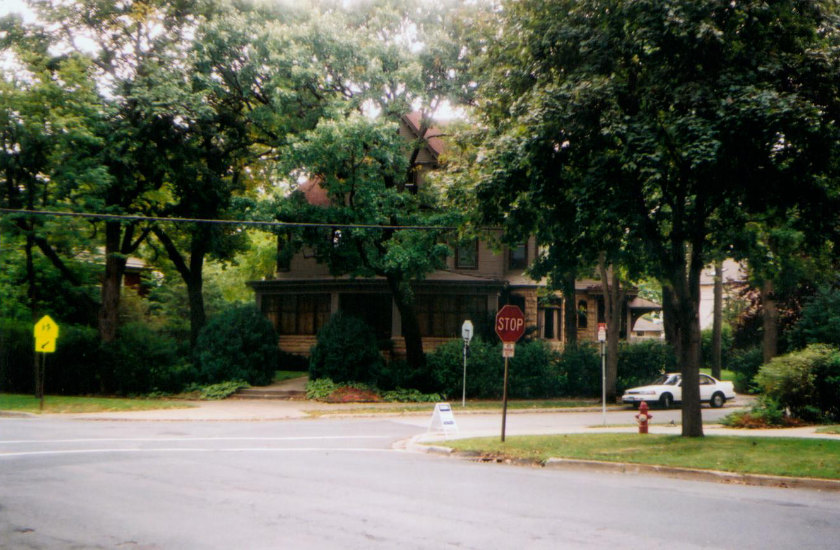 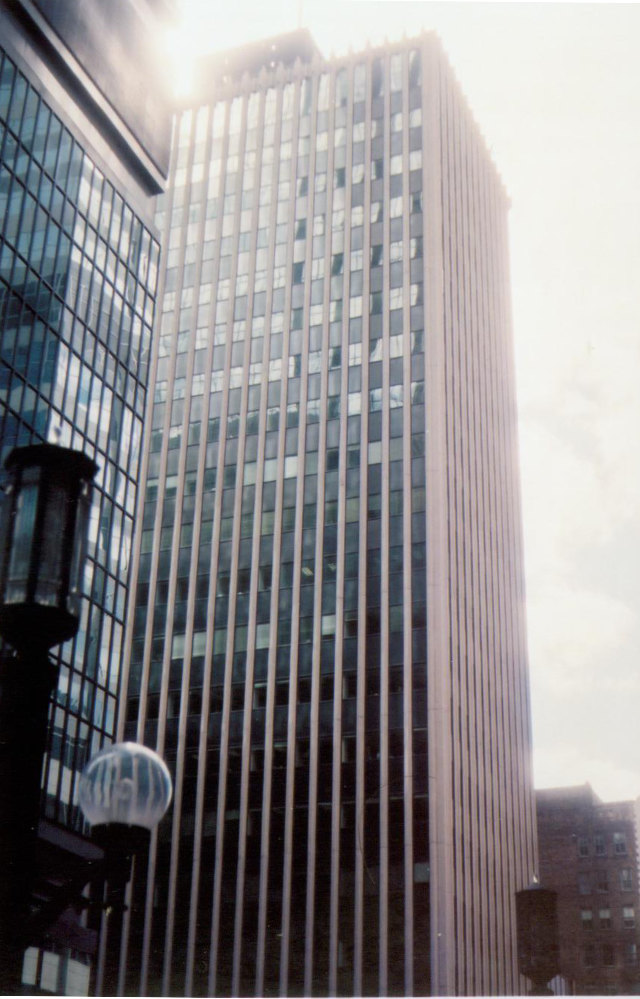 Naturally, when I was in Minneapolis, the setting of The Mary Tyler Moore Show, I stalked the locations of the house used in the exterior shots of Mary’s original apartment, had a jog along the Lake of the Isles, snapped a photo of where the fictional WJM-TV was, as well as visited the statue of Moore on Nicollet Mall (once Nicollet Avenue) that commemorates her “hat toss” in Reza S. Badiyi’s opening credits for the sitcom.
I headed to Basil’s at the Marquette Hotel for lunch and sat at what is now called the Mary Tyler Moore Table—Moore sat at this table with an unnamed actor in later versions of the credits—and, naturally, I got there by Ford Mustang, the same make and model of car she drove in the show.
When Moore’s death was announced this morning here, it gave me time to reflect on just how big a part her work had played in my life. And how the messages of her ‘two Camelots’—two highly successful, much-watched TV series—resonated with me in different ways.
The last time I saw Moore on TV, she was in a sitcom that co-starred Betty White, Hot in Cleveland. It reunited Moore with Harper, White (who was the sexually charged Sue Ann Nivens on The Mary Tyler Moore Show), Georgia Engel and Cloris Leachman (Georgette and Phyllis on The Mary Tyler Moore Show). The fact she’s now gone means we won’t get these surprise reunions any more. However, we can still wander down memory lane, and her work is widely available on DVD.
As we wandered in this piece, what we probably should be aware of is how hard-fought the victories of the feminist movement were. We must also realize, particularly in Moore’s own country, how there are forces prepared to undo them: their presidential elections evidenced this, with men and women quite divided on whom each group chose. Some would rather see us go back to the past, to an era even before the Petries. However, progress must continue, as we’ve more to gain from diverse voices—yet another message I recall from The Mary Tyler Moore Show.—Jack Yan, Publisher