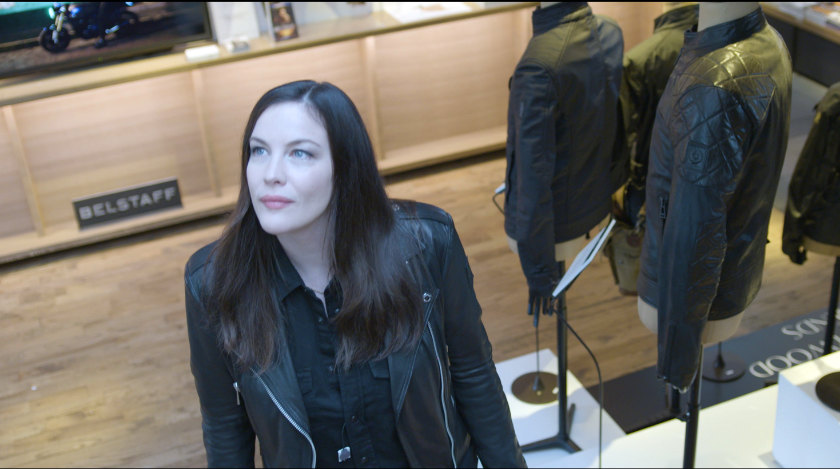 It’s Liv Tyler’s year, from becoming a new Mum last July to a renaissance in the public eye with a role in HBO’s The Leftovers. The actress will appear later this year in a campaign for Triumph, but in the meantime, she’s continuing her ambassadorial role for Belstaff.
This time last year, we saw Tyler show off her capsule collection for the British brand, and as it goes from strength to strength, we now see her head to Tokyo to help open its flagship retail store, where she was guest of honour, performing the breaking of the sake cask.
Tyler has visited Tokyo numerous times and explored the Ginza district during the opening.
The new store is on the third floor of the Ginza Six Mall, retailing the main Belstaff line as well as Tyler’s capsule collection. Belstaff CEO Gavin Haig notes that it stocks the biggest selection the brand has to offer in Japan, including womenswear and menswear.
Tyler is currently filming BBC One’s three-part historical drama Gunpowder with Kit Harington (Game of Thrones).