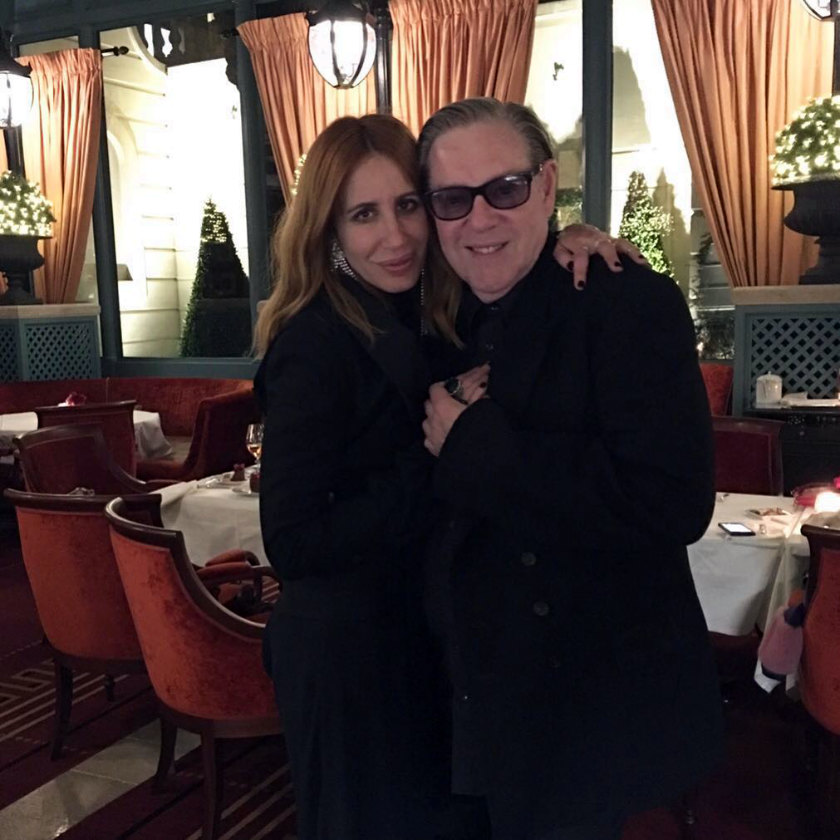 Fashion designer Hervé L. Leroux (born Hervé Peugnet), who created the bandage wrap dress in the 1990s and the label Hervé Léger, has passed away, aged 60, with Vogue breaking the news.
Born in Bapaume, France, Peugnet began his fashion career working for Karl Lagerfeld, first at Fendi, then at Chanel. He opened his own boutique in Paris in 1981. When Lagerfeld went to Chanel in 1983, Peugnet worked alongside him in haute couture, before founding his own brand, Hervé Léger, in 1985.
The name change was supposedly due to Lagerfeld advising his friend that Peugnet would be too difficult for anglophones to pronounce.
Peugnet’s designs were tight and sheath-like, often with stretch fabrics associated with lingerie. It was his bandage dress that became his signature design.
Despite starting his own label, Peugnet continued to do freelance work for other houses to finance his operation.
Cindy Crawford and Carla Bruni appeared on his catwalks, and signalled the mood of the body-conscious 1980s.
Hervé Léger was right on the Zeitgeist and Crawford and Tyra Banks were among his fans.
The company was then bought by Seagram, and faded into obscurity for a time, before returning in the mid-1990s. BCBG Max Azria acquired it from Seagram in 1998, hiring Jérôme Dreyfuss to design for it.
Peugnet lost the commercial rights to the Hervé Léger name in 1999. He collaborated for Wolford on ready-to-wear, lingerie and swimwear in the late 1990s. During this time he maintained a small clientèle.
In 2000, he changed his name to Hervé L. Leroux, again on the advice of Lagerfeld.
Under BCBG Max Azria, the original Hervé Léger brand wound up on fragrances by Procter & Gamble and was eventually relaunched by Azria in 2007, as Hervé Léger by Max Azria. It showed at New York Fashion Week in 2008, its reapperance on the catwalks covered by this title. Celebrities donning the relaunched Hervé Léger brand included Jennifer López and Bar Refaeli.
Leroux, however, continued to work in Paris, with clients including Dita von Teese, Taylor Swift, Cate Blanchett, Kristen Stewart and Megan Fox.
The Hervé L. Leroux company was invited to become a member of the Chambre syndicale de la haute couture in 2012.
His death was confirmed by the Fédération and the 7 Twenty Agency. Von Teese paid him a tribute on Instagram at his passing.

Very sad that we are forced to say farewell to the genius @hervelegerleroux. I’m so grateful to have called him my friend after being introduced as “the ultimate” by @suzannevonaichinger and @alimahdaviparis. He made the most exquisite dresses that showcased a woman’s beauty, rather than distracting from it. I’ll always treasure my afternoons in his atelier just next to @maisonladuree, trying on dress after dress, really just for the fun of it. Hervé would exclaim “THIS dress, this dress is for YOU!” …and occasionally, “…non, not this one. NEXT!!” We would have the best time, I honestly could have only ever worn his dresses. @hervelegerleroux IS Herve Léger (he had to change his name and start over) and he is the inventor and only true master of the iconic bandage dress. And I’d say he was the only dressmaker that could accomplish a truly modern Madame Grès goddess gown. I loved him for his wit, his candor, his sublime elegance and of course, his talent, which, came from authentic obsession, with no care for the commerciality of fashion. I’m so sad to see him go, and so abruptly. We’ve lost one of the fashion greats. My heart breaks for his constant companion, our dear Jocelyn @hervelegersister Thank you, Dear Hervé, for all of it. Rest in glamour, you’ll never be forgotten. #herveleger #herveleroux