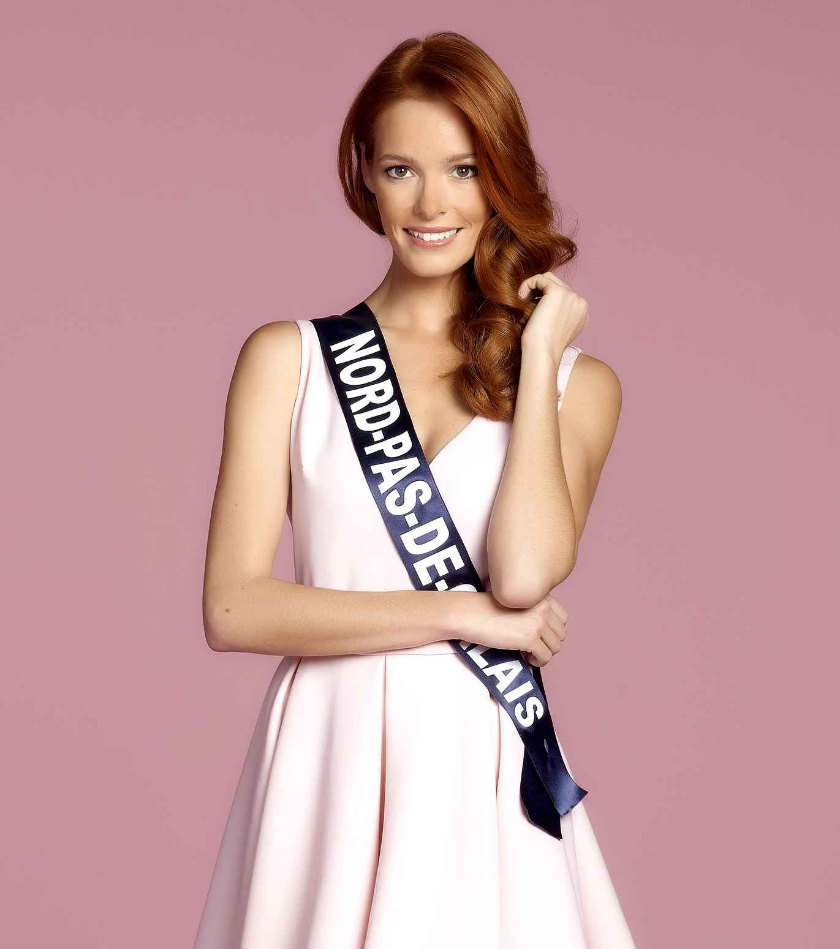 Maëva Coucke has been crowned Miss France 2018 at the Châteauroux Métropole, succeeding Alicia Aylies.
Maëva Coucke, Miss Nord Pas-de-Calais, is a 23-year-old student who is passionate about fashion and photography. She believed that her red hair would make her stand out in the Miss France competition.
Coucke follows in the footsteps of Camille Cerf and Iris Mittenaere, who had both hailed from Nord-Pas-de-Calais.
She has a twin, Alizée, who models.
Maëva Coucke already holds a degree in international trade, and has just started a law degree.
Runner-up was Eva Colas, Miss Corse, followed by Lison di Martino, Miss Île-de-France, then Safiatou Guinot, Miss Champagne-Ardenne, and Audrey Chane-Pao-Kan, Miss Réunion.
They had been short-listed from Miss Languedoc-Roussillon, Miss Martinique, Miss Provence, Miss Limousin, Miss Île-de-France, Miss Corse, Miss Aquitaine, Miss Réunion, Miss Champagne-Ardenne, Miss Rhône-Alpes, Miss Nord-Pas-de-Calais, and Miss Guyane.
The live telecast on TF1 began at 8.50 p.m. local time, hosted once again by Jean-Pierre Foucault and organizer Sylvie Tellier.
Special guest star Ed Sheeran performed in the last section prior to the winner being announced.
Of the many earlier individual parades during the telecast was a tribute to French rocker Johnny Hallyday. There was also a segment devoted to violence against women, appropriate in a year where producer Harvey Weinstein fell from grace after revelations of his alleged sexual harassment and abuse.
Thirty regional contestants vied for the Miss France 2018 crown, facing a jury led by couturier Jean Paul Gaultier and former Miss France and Miss Universe Iris Mittenaere.
Last year’s telecast was watched by 7·6 million people.