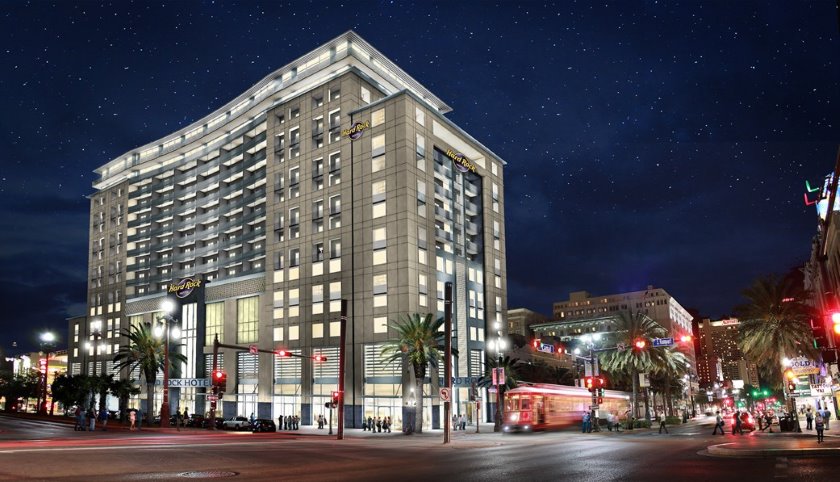 Spring 2019 should see the completion of the Hard Rock Hotel New Orleans and the Residences at the Hard Rock Hotel New Orleans, an 18-storey building on what the company describes as a ‘landmark’ corner in the French quarter. It will be blocks away from the sixth largest convention centre in the US, and it’s expected to honour both the Hard Rock brand and the local live music scene. There will be 350 rooms in the hotel and 62 units for sale, including canal-facing suites, plus two ballrooms with 12,000 ft² of event space. More information can be found at .
Paul Gauguin Cruises, which cruises the South Pacific, will host six lecturers on board its 2018 voyages in partnership with the Wildlife Conservation Society (WCS). Yashika Nand, marine scientist with WCS Fiji, will look at conservation challenges and threats to coral reefs on board the M/S Paul Gauguin in February 2018; Ravaka Natacha Ranaivoson, marine conservation director of WCS’s Madagascar programme will discuss the conservation of Madagascar’s marine biodiversity in March; Ken Kassdem, marine director for WCS in Indonesia, will talk about marine conservation in Indonesia in May; Jason Patlis, executive director of WCS Marine Conservation, will give presentations on natural resource management in June; Dr Natalia Rossi, Cuba country manager for WCS Mesoamerica and the Western Caribbean, will discuss the biology and conservation of sea turtles in October; and Merry Camhi, director, New York Seascape Program, WCS New York Aquarium and Global Marine Programs, will give her presentations on marine conservation programmes and efforts in the New York seascape in December. For additional information on WCS and the Wildlife Discovery Series, visit www.pgcruises.com/WCS.
Air France has three new European destinations: Bergen, Norway; Cork, Ireland; and Wrocław, Poland, departing Paris–Charles de Gaulle from May 26. Online, check out the Air France travel guide to help find the top spots around the world, whether you’re a fan of nature, cuisine, shopping, arts or culture. The airline also offers flights from New Zealand (code sharing with Air New Zealand) to Europe with fares beginning as low as NZ$1,863 in economy; from NZ$4,613 in premium economy; and from NZ$6,283 in business, taxes included in all fares. The offers can be booked by March 30, for travel from March 30 to November 30, with a route-specific black-out between July 8 and August 20 via mainland China and Hong Kong. Visit airfrance.com or call your travel agent.