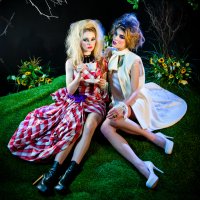 There’s been plenty on the main part of the Lucire website that readers may have missed over the last month. In the ‘Living’ section, publisher Jack Yan has tested the BMW X3 Xdrive20d and, perhaps more down to earth for the majority of our readers, the Renault Mégane 2·0 CVT—well timed as New Zealand readers can get the benefit of a few discounts on this value-packed, French-designed model.
He also looks at the new Range Rover and why its design hasn’t grown on him the way the previous model’s did.
For fans of Arjun Coomarasamy, Tania Naidu has interviewed him in a story that Arjun himself has Tweeted about, while, as usual, Lucire likes giving new talent an opportunity, profiling Lani Allanson, a talented teenage singer from the Hutt Valley in New Zealand. There’s fund-raising in southern California as new reporter Cheri Fox writes about White Light, White Night, with US west coast editor Elyse Glickman, and we finally get more into the thoughts of the mountain-climbing Sián-Pearl Going in an interview by Matt Malcolm.
Rhonda Richford looks at new talent in Paris, with the first Emerging Designers’ Fashion Challenge to be held across the Pond, and fashion editor Sopheak Seng oversees a beautiful shoot with an Alice in Wonderland theme, photographed by Victor Huang.
Elyse also travels to the Beresheet resort in the Negev Desert and Haifa, while London correspondent Elina Lukas meets designer Mary Franck. From the haute couture shows, Paris editor Lola Saab reports from Jean Paul Gaultier and Givenchy’s autumn–winter 2012–13 collections.
And, don’t forget, you can download the entire contents of issue 28 as a PDF through Scopalto, available online for just €5 (check out the contents here), and shortly, you’ll be able to do the same through Fakeprint and Magzter’s Ipad apps.