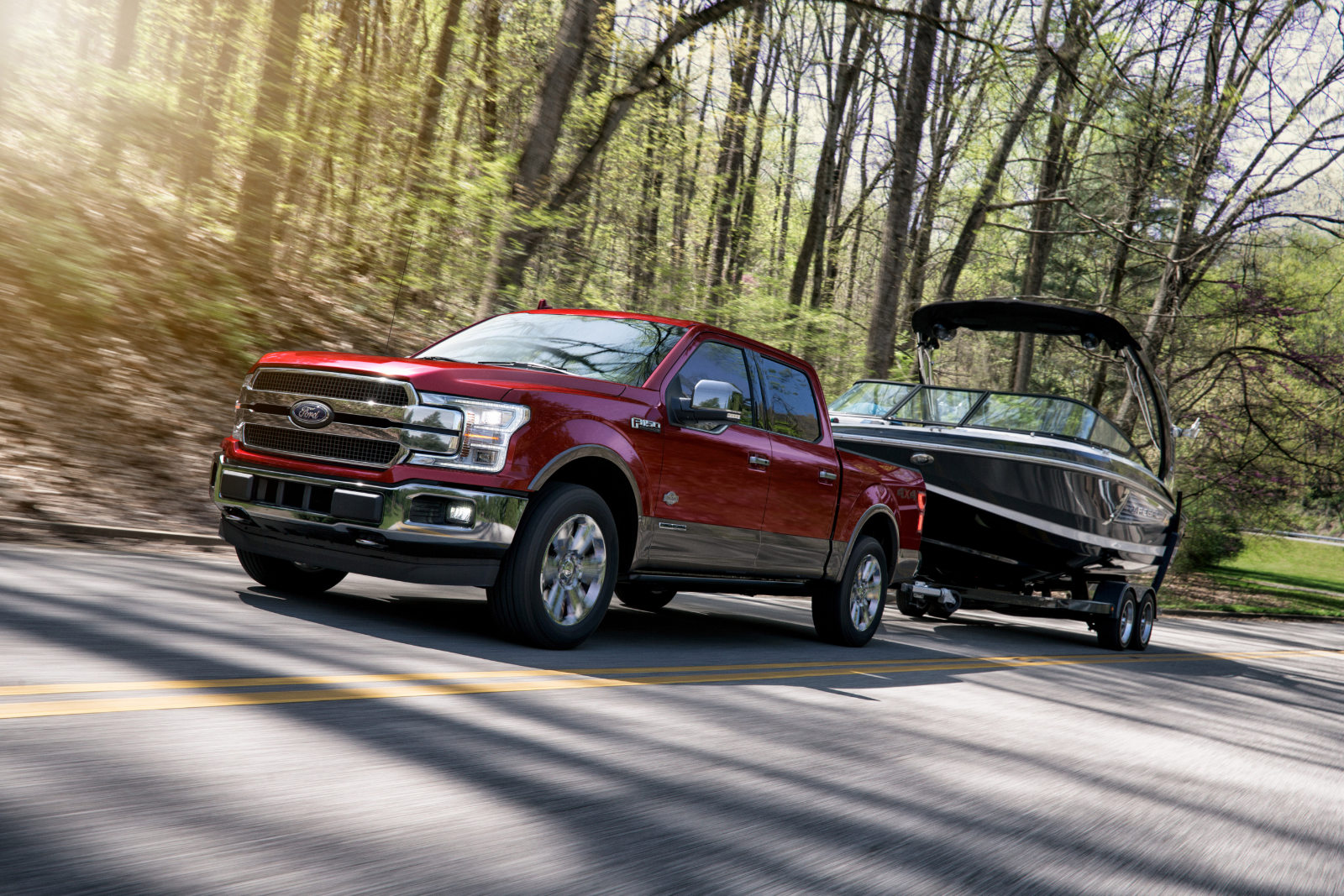 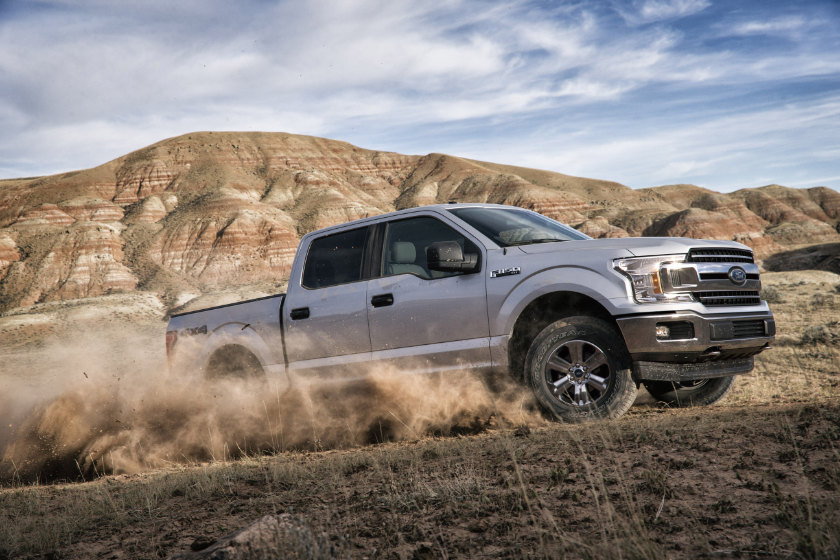 The F-150 earns Ford a healthy profit, and the company wants more of this happening in the US and Canada

In a surprise move, Ford has announced that it will cease selling passenger cars in the US and Canada by the early 2020s, excepting the Mustang and the Focus Active.
The announcement was for ‘North America’ but as Ford of México does a reasonable trade on Figos and Fiestas, it’s hard to see the policy be uniform right across the continent.
It’s a cost-cutting exercise, designed to save $25,500 million in five years, and trucks and SUVs simply make more money for them. Small cars mean small profits. In fact, car sales lag those of the F-series, Escape and Explorer in the US. Shares have risen on the news.
That means Americans and Canadians will say goodbye to the Fiesta, Fusion (the four-door sedan counterpart to the Mondeo) and Taurus, the last of which is already superseded in China. If you liked the cooking RS and STs, then too bad. If you believe in small cars being more fuel-efficient, their smaller footprint helping with congestion, then Ford might not be the brand to turn to next decade there.
Lincolns are losing money for Ford, too, so maybe the Continental will vanish—given the Fusion is history, the MKZ will follow. That doesn’t leave much in the Lincoln line-up—other than trucks and SUVs.
Ford says the cuts will come from sales and marketing, engineering and product development, as well as material costs, manufacturing and IT, in that order, according to Automotive News.
The fact that product development and engineering rank so highly there is worrying to me.
While it’s true that the crossover, SUV and truck markets are strong, as they are in many parts of the world, I can’t help but think that Ford isn’t preparing itself for tougher future scenarios.
Energy crises can come unpredictably, for one. Ford was late to the downsizing game in the 1970s because it saw the dollar signs with big cars. By 1977, GM had stolen a real march on Ford. By the turn of the decade, Chrysler was back from the brink with fuel-efficient cars while Ford sailed into the red.
Chrysler found itself too truck- and SUV-heavy with the recession of the late 2000s, and its entry-level nameplate Plymouth had already vanished, thanks to mismanagement by Daimler earlier in the century. That meant no cheaper models to entice cash-strapped buyers into the fold.
While SUVs and crossovers are all the rage at the moment, and there are no immediate signs of those markets slowing, you have to be prepared for the unexpected.
Let’s face it, they’re not the sleekest looking things on the road, and aerodynamics play a big part in saving fuel, even with hybrids.
Crossovers like the Escape, which might outsell the Fusion, are being beaten in the market-place by the likes of the Toyota RAV4, so it’s not as though Ford is that strong in all the markets it wishes to remain in.
Ford’s Jim Farley says the company is looking at new types of vehicles that are spacious, versatile and economical, which hopefully will fill the gap should economic surprises surface. Because you need something cheap to hook buyers and get them to the brand. That’s not going to happen if Focus Active is the smallest car in the line-up. 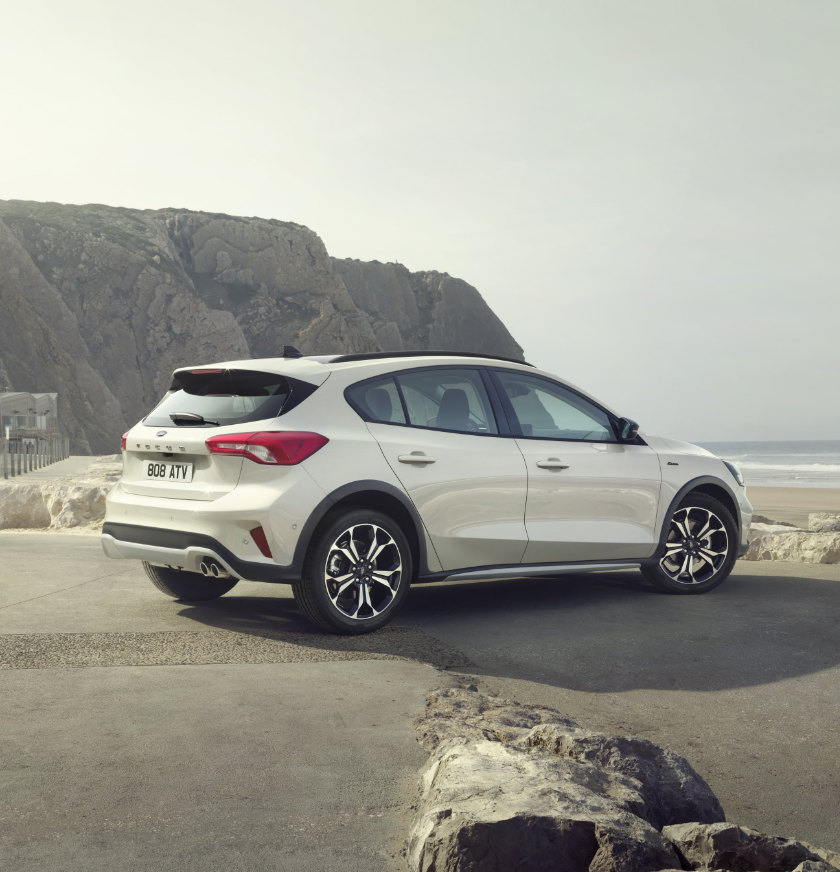 The Ford Focus Active: by the turn of the decade, this will be the only four-door passenger car Ford will sell in the US and Canada

Whatever Ford has in mind, I hope for their sake that the new product is compelling, as much as the Mustang and Fiesta were when they appeared on the market. Both emerged in the wake of economic recessions, with Ford innovating because it had to.
There are question marks over what Hackett has planned, and usually we have some clue what these new products will be four years out. All I know of is that the Ranger will make it to the US again, boosting truck sales, but that’s hardly an innovation. That’s just filling a market niche with familiar product.
There are lessons in history that shouldn’t be ignored, and Ford has one of the most interesting pasts of any car maker. There is, however, a feeling from the announcement that this heralds a time of retrenchment, as its profits fall globally, and net income in the US rising for the first quarter in part due to a lower tax rate.
Isuzu also once thought it was a good idea to stop selling passenger cars and focus on SUVs and trucks. And they’re no longer around in North America.
If you want to give the environment an edge and you must have a car, Ford might not be the brand you’d choose as the next decade begins if you live in the US or Canada.—Jack Yan, Publisher

The original version of this post, with more industry analysis, appeared in the author’s blog.