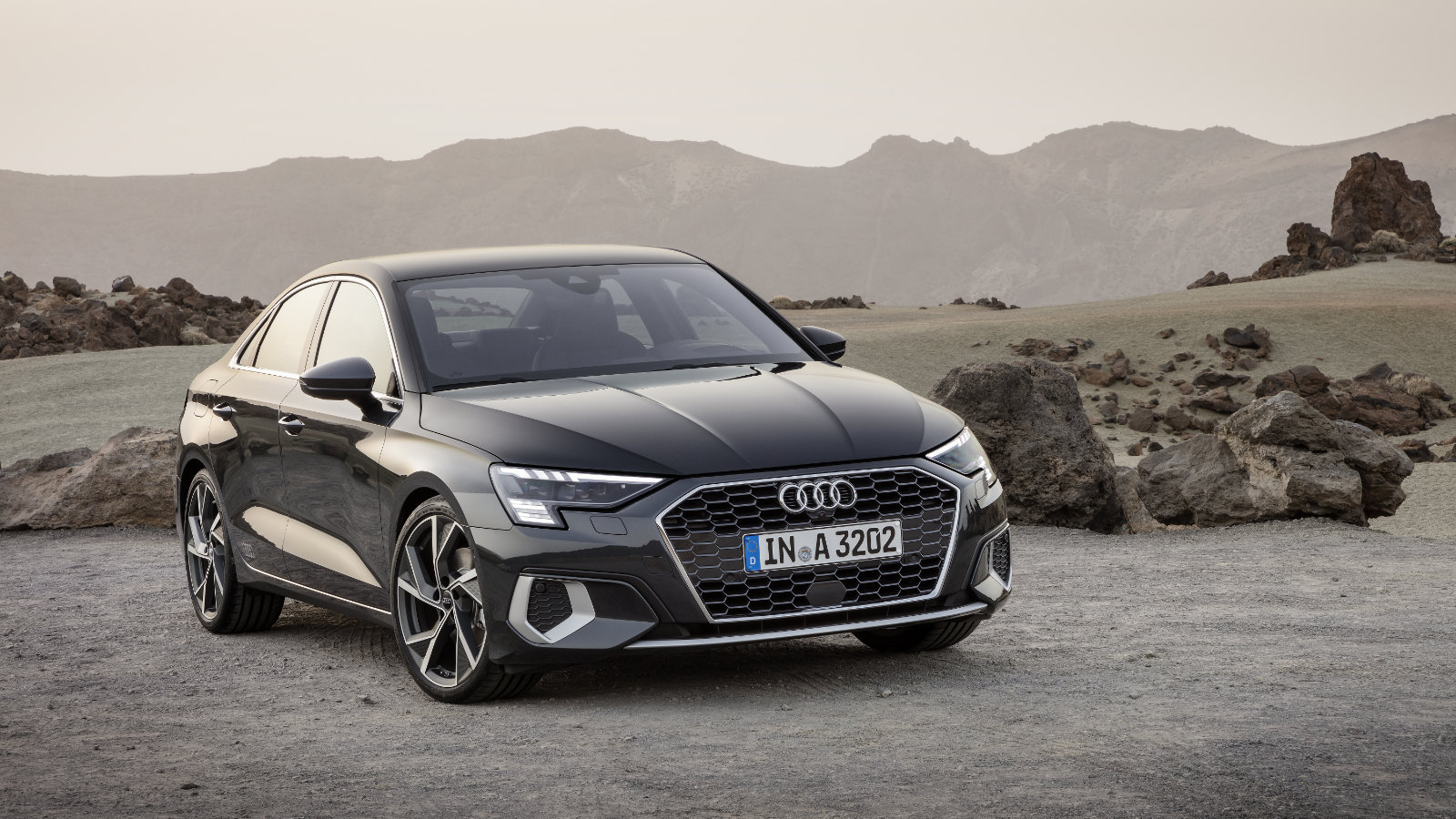 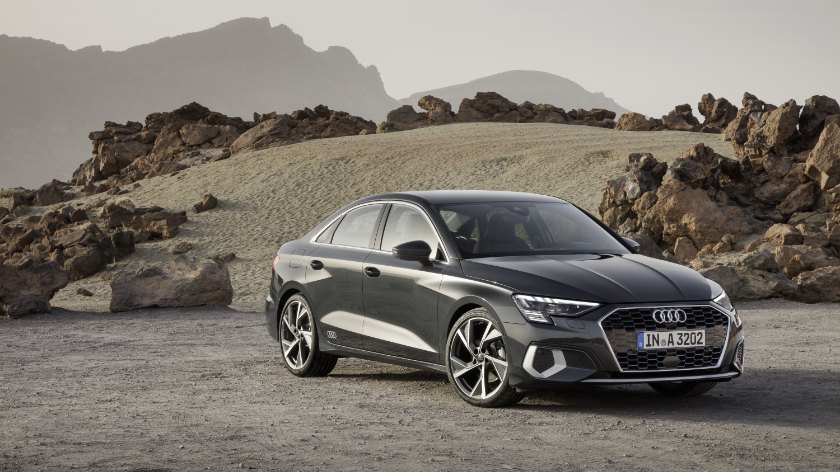 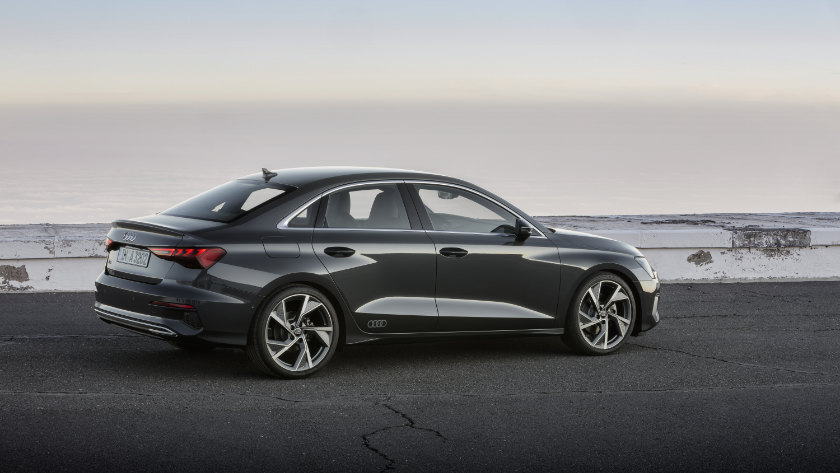 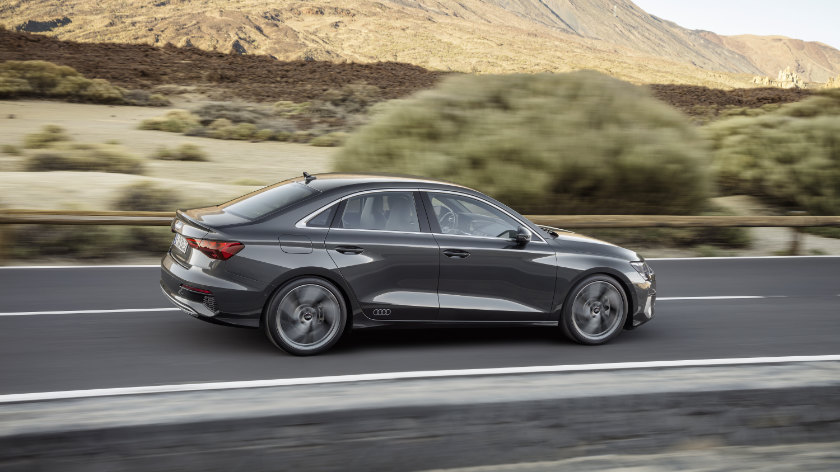 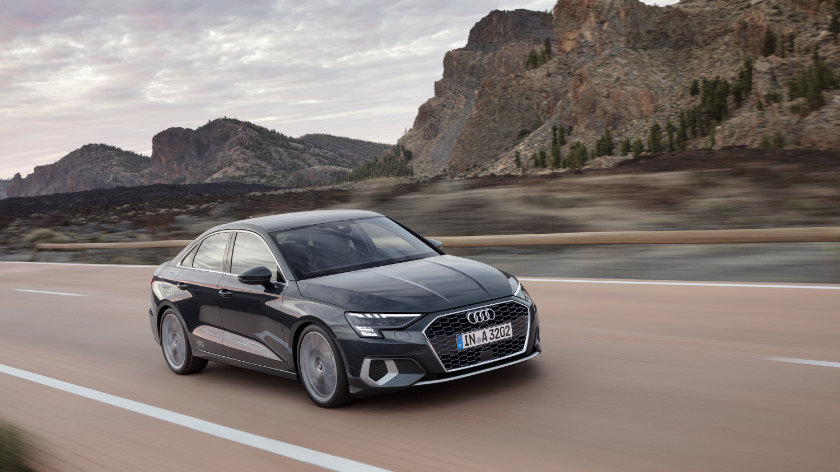 Audi has announced a new-generation A3 saloon. Not wanting to tamper with a winning formula, the Ingolstadt company has kept the body immediately recognizable, with a taut, sporting stance, but has instead treated it to more sculpted bodywork, giving it a more muscular look.
In line with Audi’s design language, the sculpting is geometric, but this time, it comes in the form of geometric blisters, recalling the design of the ground-breaking 1980 Quattro.
The new model is longer, though its wheelbase has not changed, confirming the fact it rests on the MQB platform as its predecessor. Audi has also increased the A3’s width by 2 cm (1·82 m wide) and its height by 1 cm (now 1·43 m tall). There is no increase in luggage space. Audi says the changes have allowed for a 2 cm increase in front headroom with the change in the driver’s seat positioning.
In other words, it’s slightly roomier but the packaging isn’t hugely different—the sort of incremental changes that were seen on the Audi A3’s sister car, the Volkswagen Golf VIII, last year.
However, the A3 saloon is more aerodynamic, with its drag coefficient coming in at 0,25—an improvement of 0,04 points over its predecessor.
As with other brands, Audi is using technologies typically reserved for classes above and bringing them into the compact sector. The new A3 has a fully digital cockpit with Audi’s MMI Touch tech, and mild-hybrid drivetrains.
Inside, there’s digital instrumentation in a a 10¼-inch screen in front of the driver, complemented by a 10·1-inch MMI Touch screen that includes all media, navigation and internet-based functions. The Edition 1 and Vorsprung models see the instrument cluster upgraded to the Audi virtual cockpit, with a wider 12·3-inch screen featuring three views. There is also a head-up display in the Vorsprung model. The car uses swarm intelligence to warn of hazards in the immediate area.
Passengers can enjoy internet access with an onboard wifi hotspot, and Amazon Alexa will be introduced later in the year.
At launch in the UK market, the A3 comes with one of two 1·5 turbo petrol engines or one 2·0 turbodiesel. Prices begin at £26,870, with deliveries commencing in the summer. 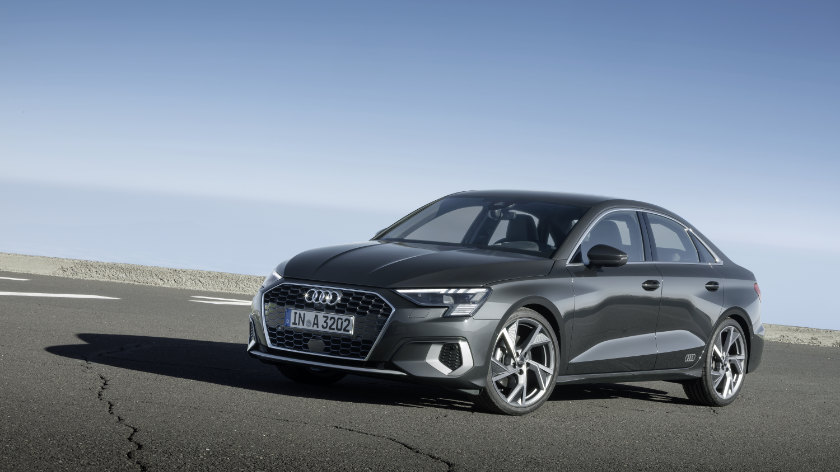 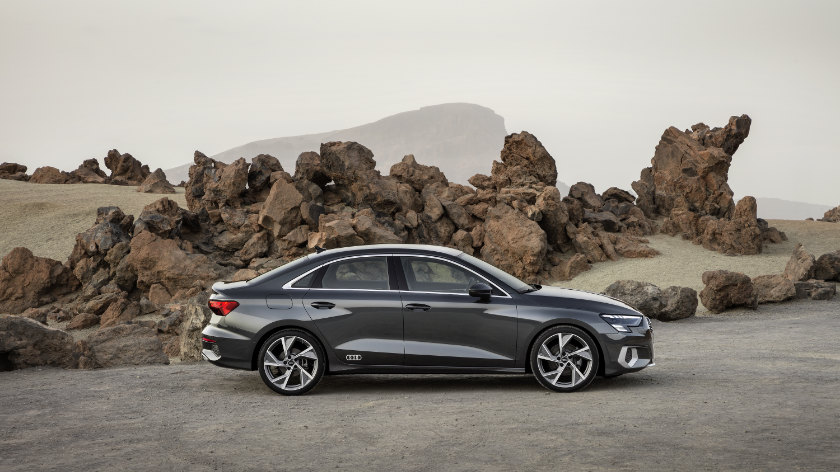 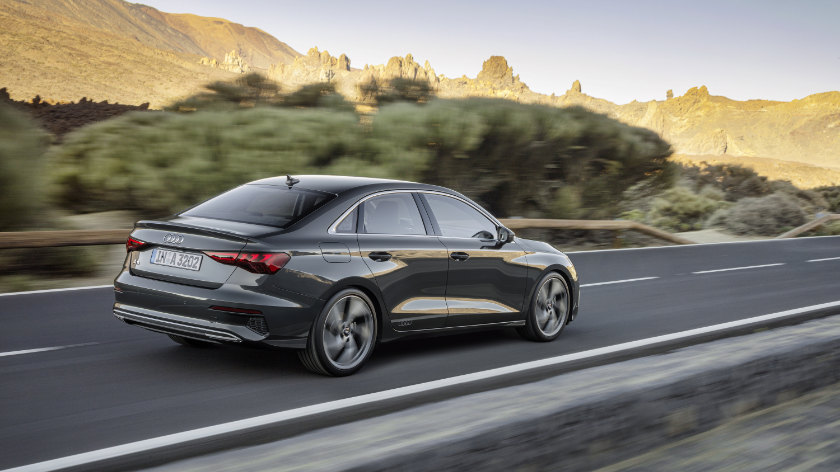 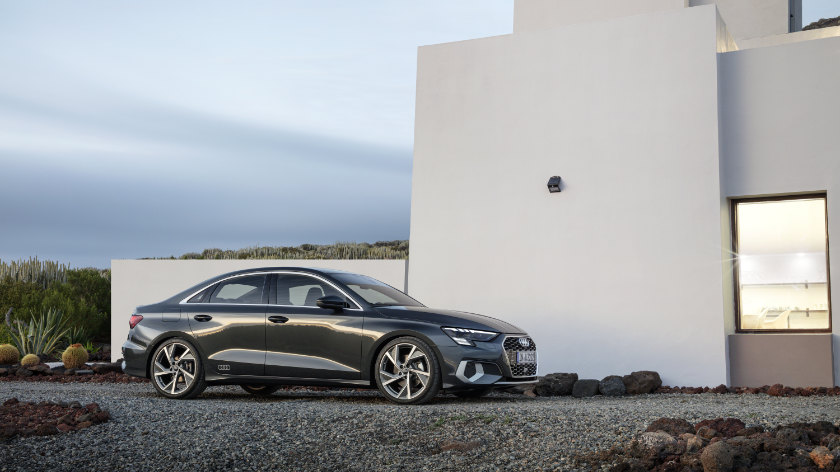 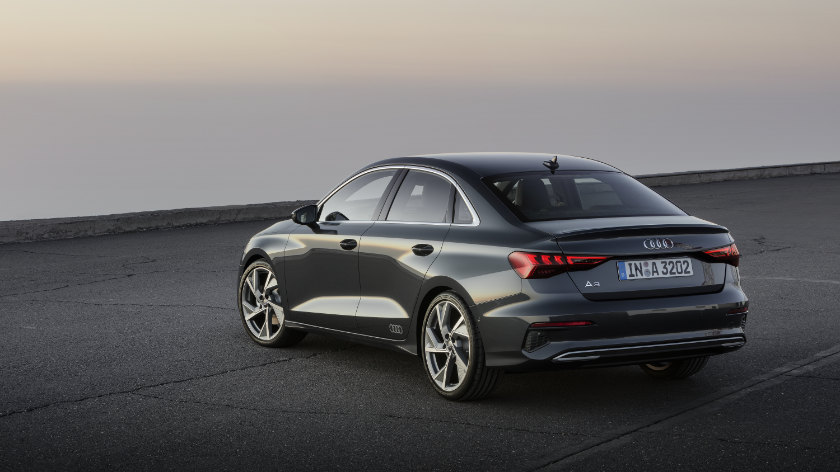 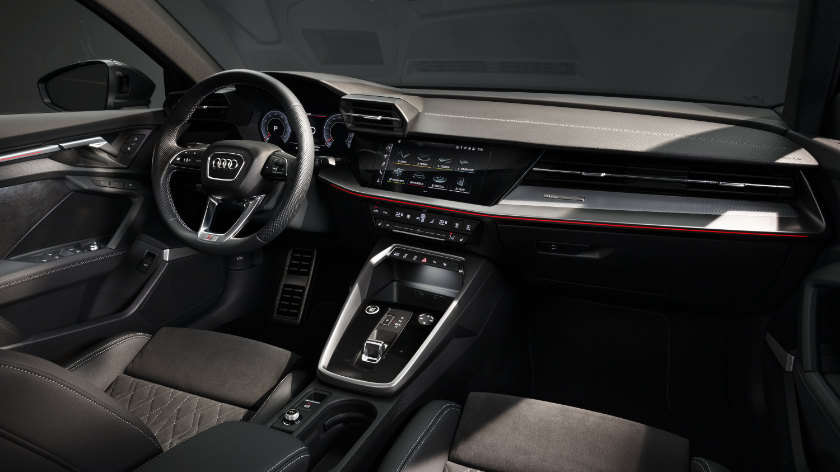 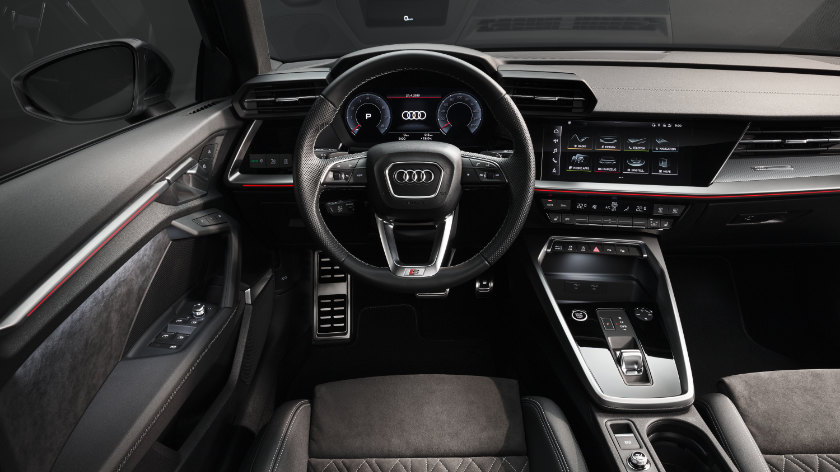 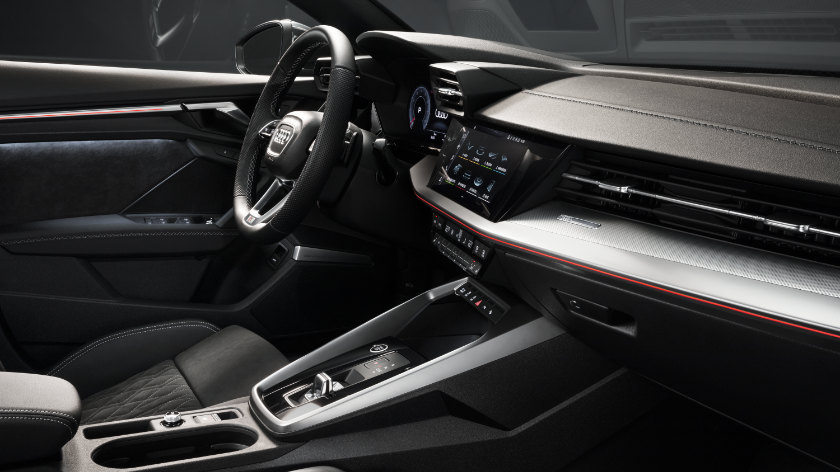