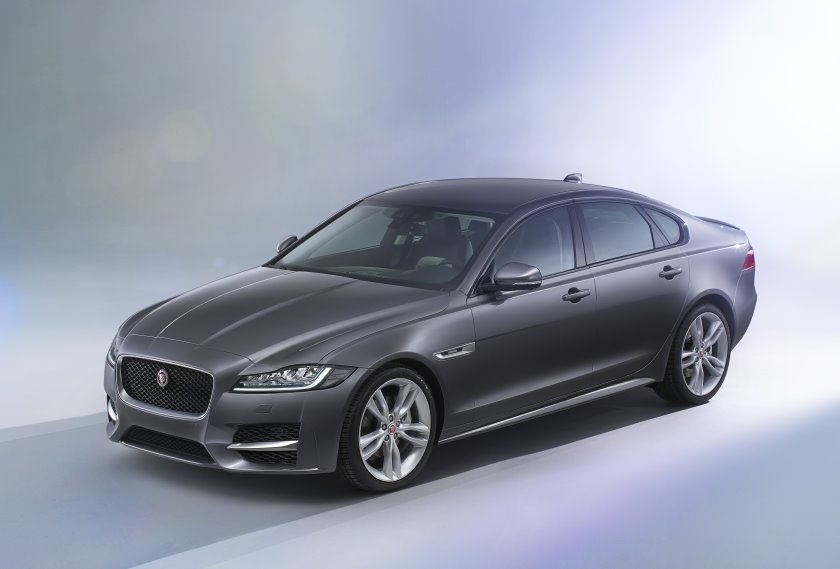 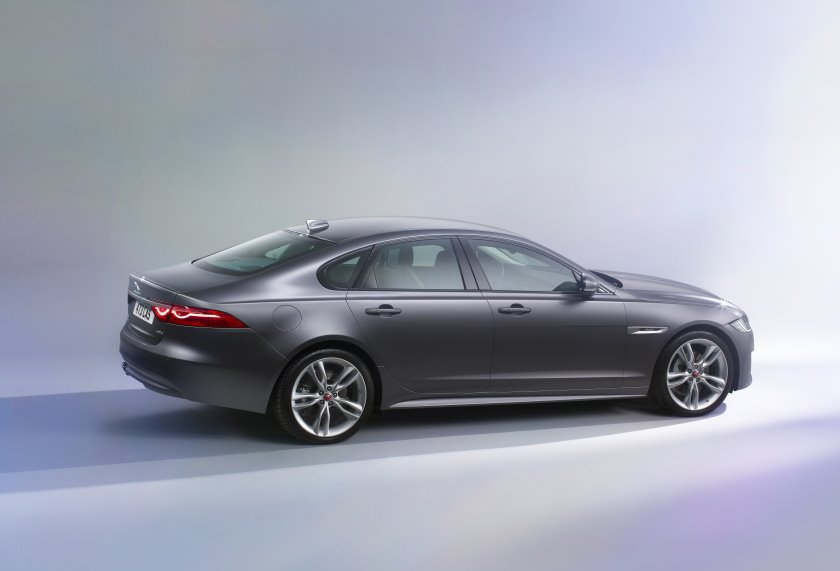 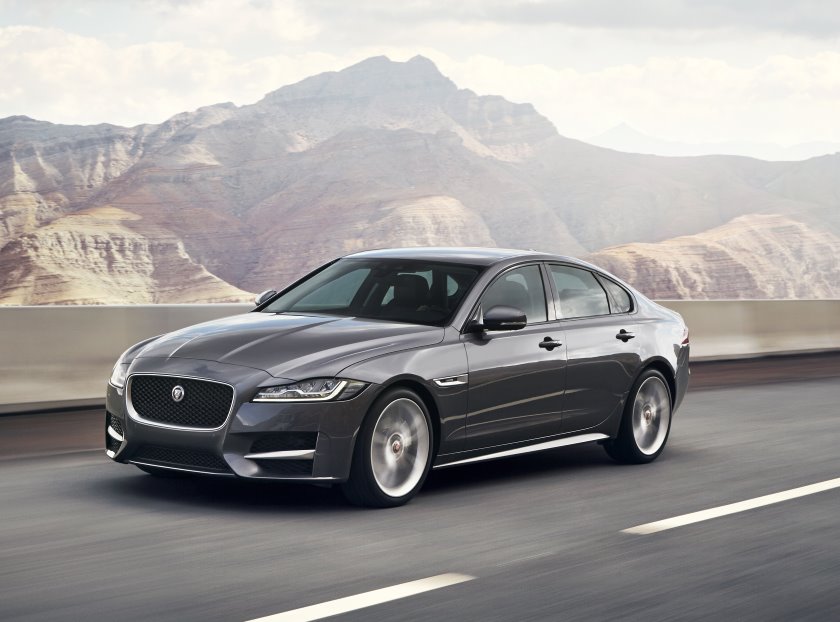 A week after previewing the new XF in a high-wire stunt over Victoria Docks in London, Jaguar has released images and details of the car as it enjoyed its official début at the New York Auto Show.
The second-generation XF is recognizably Jaguar, stylistically an evolution of the 2007 X250 model that brought the company’s saloon car range into the 21st century. Prior to the XF, Jaguar saloons had been stuck in a sort of time warp, reminding customers regularly of the 1968 XJ6. The original XF changed that, with its fresh, fastback styling and, in the interior, the rotary dial gear selector, which helped give the cabin a feeling of airiness.
But underneath the svelte styling, the XF did not share the aluminium-intensive construction methods of the larger XJ, something which the second-generation model remedies. Now up to 190 kg lighter than the outgoing model, the use of aluminium has allowed Jaguar to create a more rigid, refined car that’s also more fuel-efficient, according to the company’s figures. Jaguar cites carbon dioxide emissions of 104 g/km and the new four-cylinder Ingenium diesel gets 71·7 mpg (Imperial) in fuel economy, though it remains to be seen just how well it will fare in the real world.
The weight saving means that the new XF is cleaner, and Jaguar claims it is 80 kg lighter than the competition, using the base model for comparison. In terms of environmental impact, Jaguar Land Rover uses a form of aluminium alloy called RC5754, which is predominantly made from recycled material, for its pressings.
The body is also more slippery, helping with efficiency, with the drag coefficient dropping from 0,29 to 0,26 on the new model.
The company is emphasizing its leadership in aluminium usage, especially extending it from the large XJ saloon down to its entry-level XE, launched last year.
By increasing the wheelbase by 51 mm while cutting overall length, Jaguar has increased the interior room, and with the sixth light added in the design, the car now appears lighter and roomier inside.
The cockpit is dominated by a configurable 10·2-inch touch-screen, while the maps for the sat-nav are stored on a 60 Gbyte solid-state hard drive.
The front suspension is modelled after the F-type sports car’s, with the company claiming segment-leading handling for the new model.
Other goodies include parking assist for bay and parallel parking, adaptive cruise control, and even reverse traffic detection, to warn drivers of fast-approaching traffic. The laser head-up display is also sharper than comparable TFT systems, with higher contrast; the unit is also a third lighter, which helps the XF save weight. 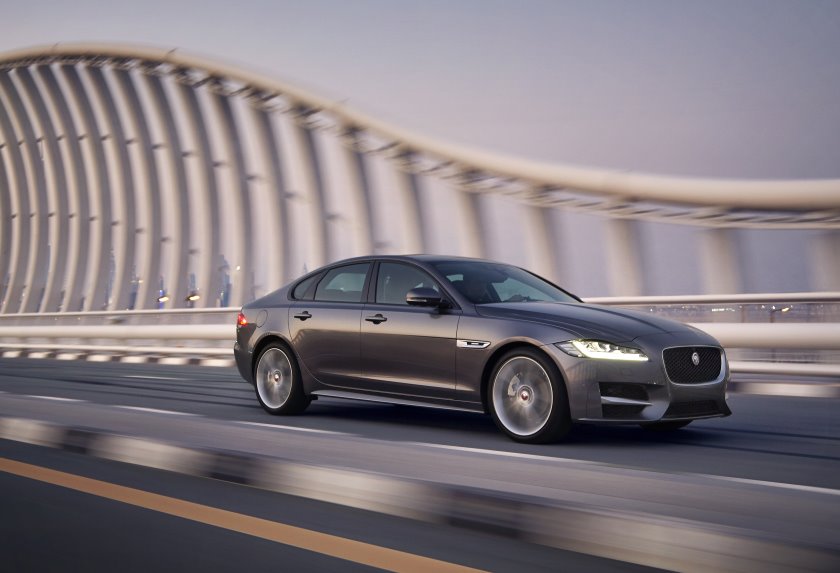 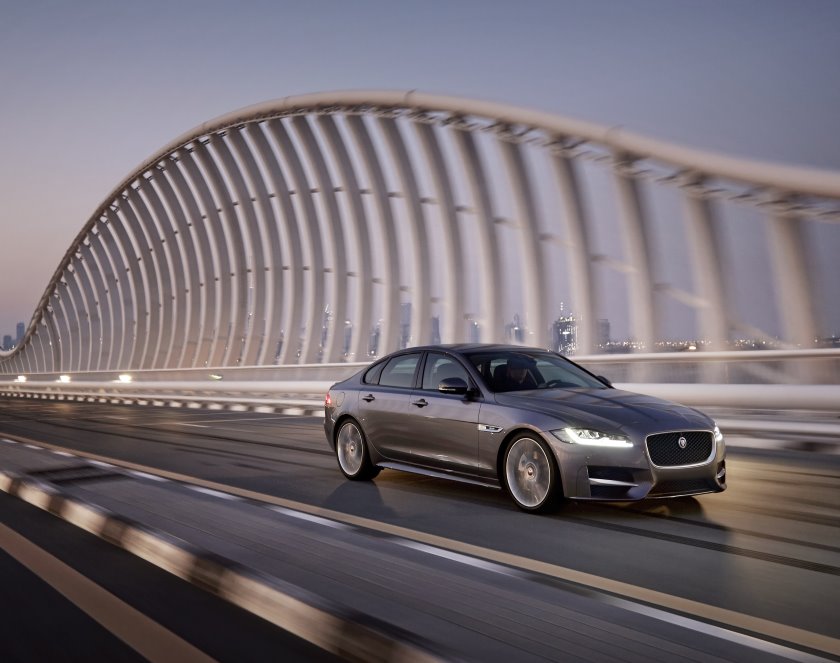 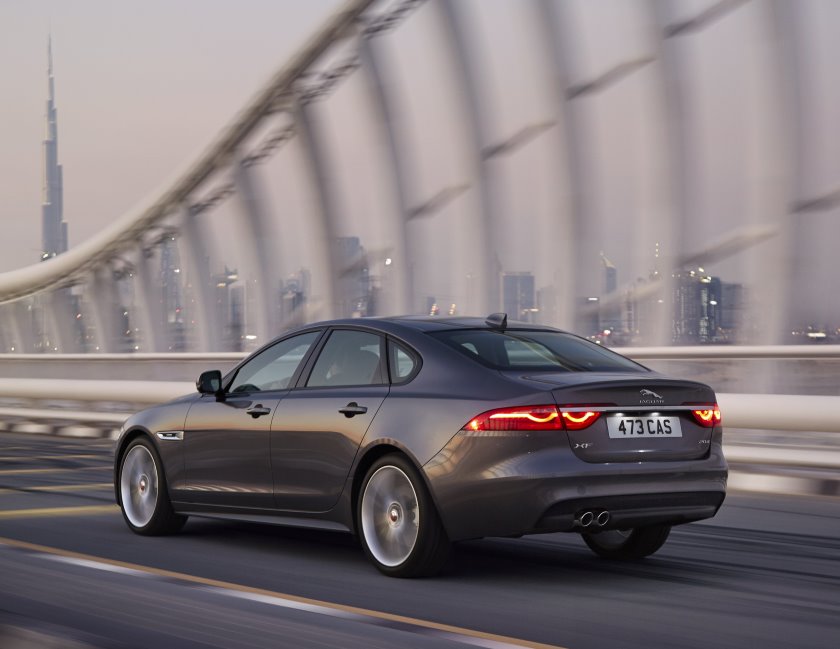 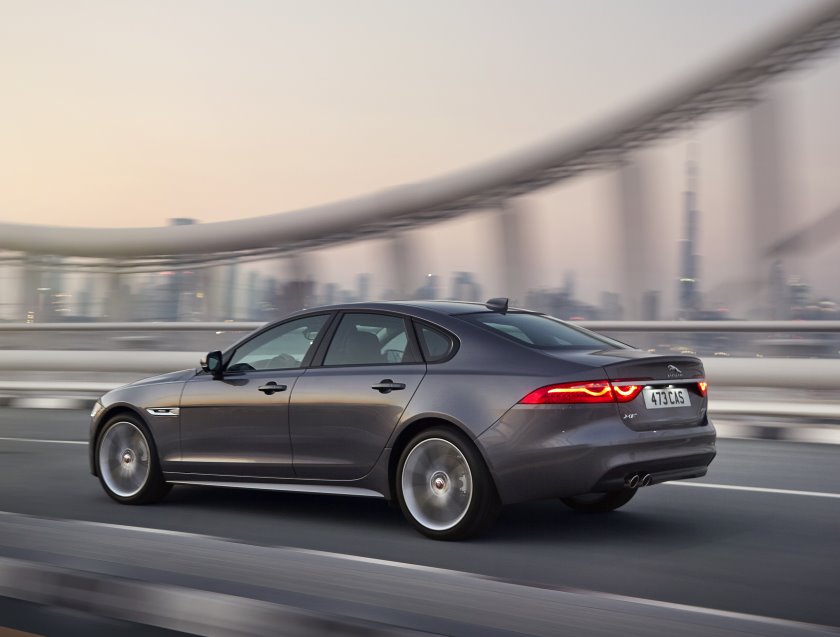