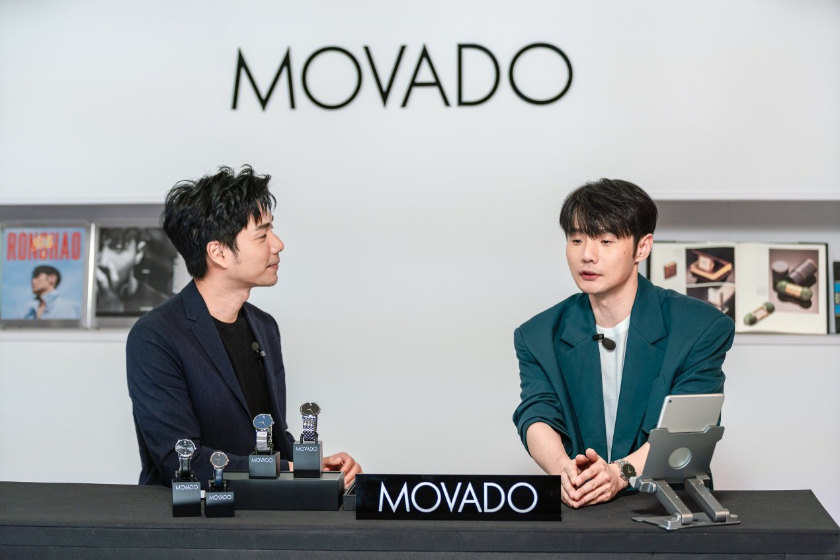 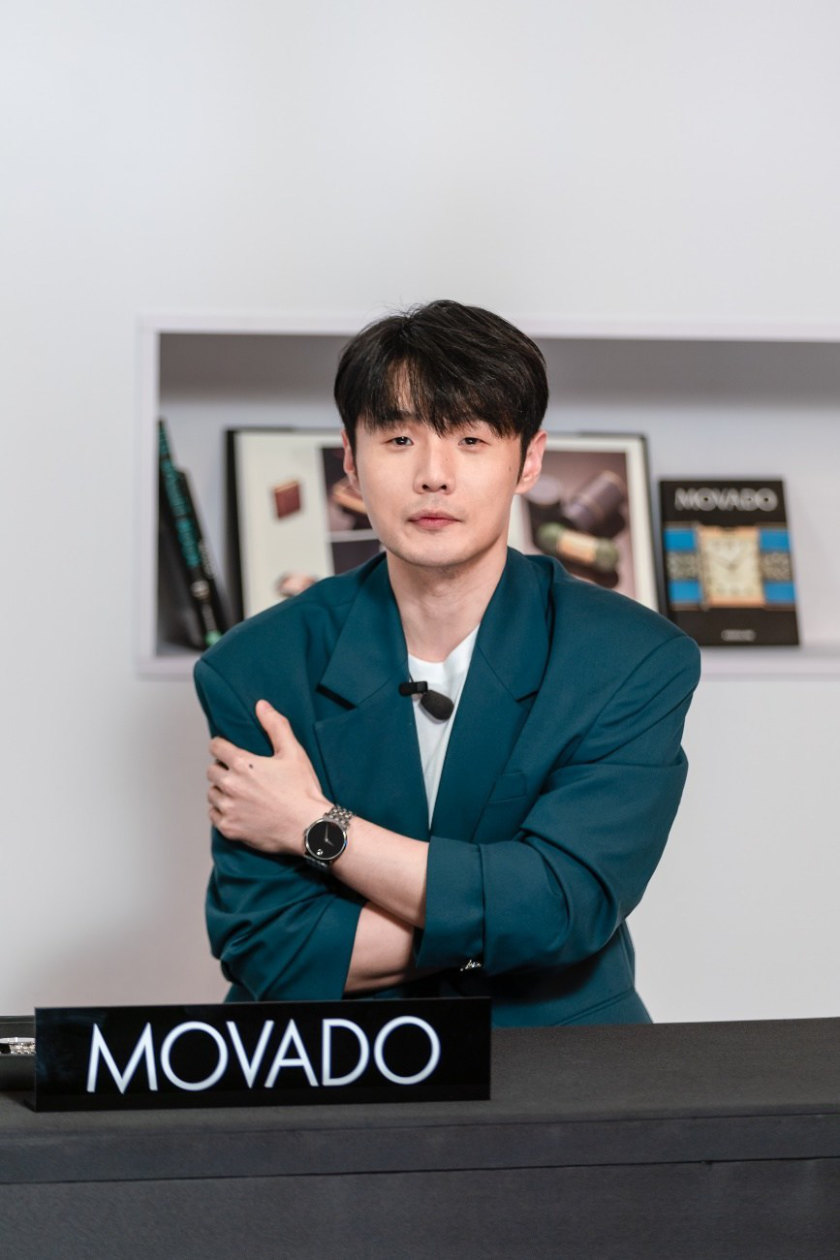 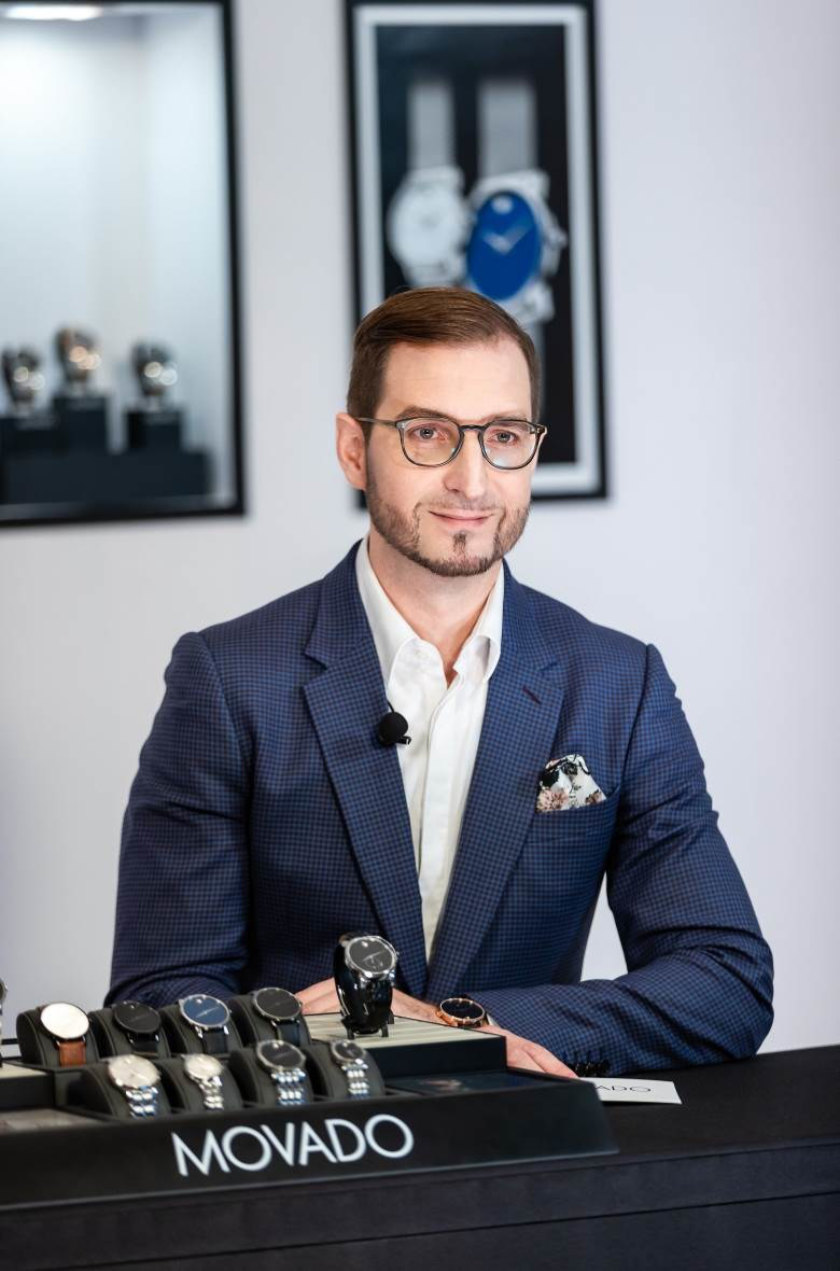 Movado held its Music Time Journey event in Shanghai on October 29, with an interview format featuring its spokesman, singer–songwriter Li Ronghao (李榮浩) and host, actor Jerry Chengjie Yuan (袁成傑).
Movado China general manager Danni Hammer, discussed the philosophy behind the brand, and how it used simple design to convey the attributes of independence and confidence. He noted that beneath the design, Movado used superior watchmaking technology.
Movado sees Li as a good match for the brand, as an artist with a unique style, and creativity that follows his heart. The event linked Li’s latest album to Movado’s Museum Dial Modern 47 watch, featuring the company’s iconic design created by Nathan George Horwitt in 1947.
The watch design is an example of Bauhaus simplicity, with no markers on the dials, and a single circle at the top signifying the sun—a piece of functional art. Movado had been producing the Horwitt design without permission originally, and only settled with him in 1975 for a minor sum.
The Museum name came from the Museum of Modern Art (MoMA), to which Horwitt had sold one of three watches he had privately commissioned in the mid-1950s. MoMA produced wall-clock versions of the design, originating the term ‘Museum Dial’.
Li says this is his favourite design: ‘This dial reminds me that music and time have their own melody and rhythm, so I don’t forget to stick to my original aspirations and find the origin of life.’
The event also promoted Movado’s 1881 series, targeted at older customers, linking it to Li’s new album Sparrow.