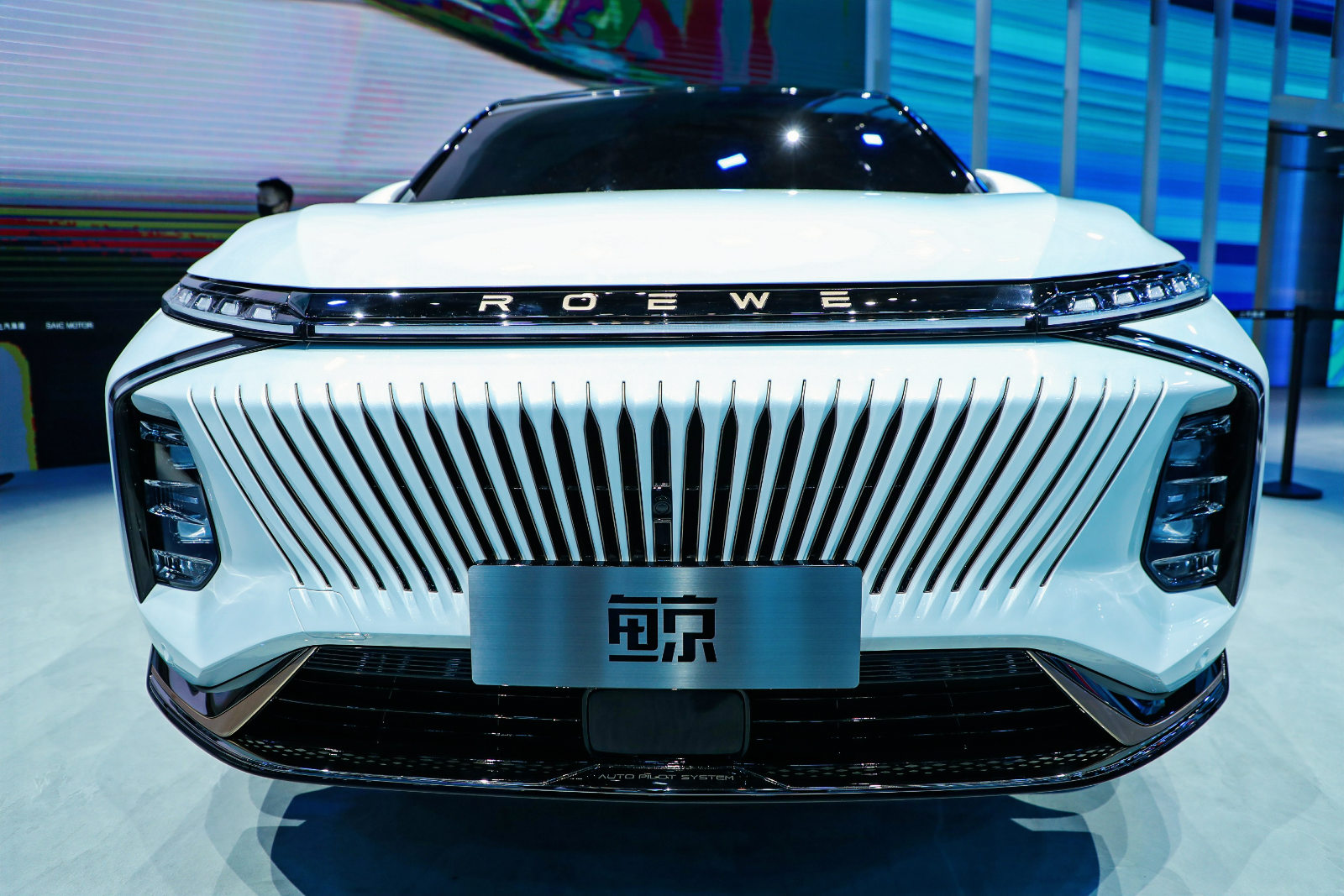 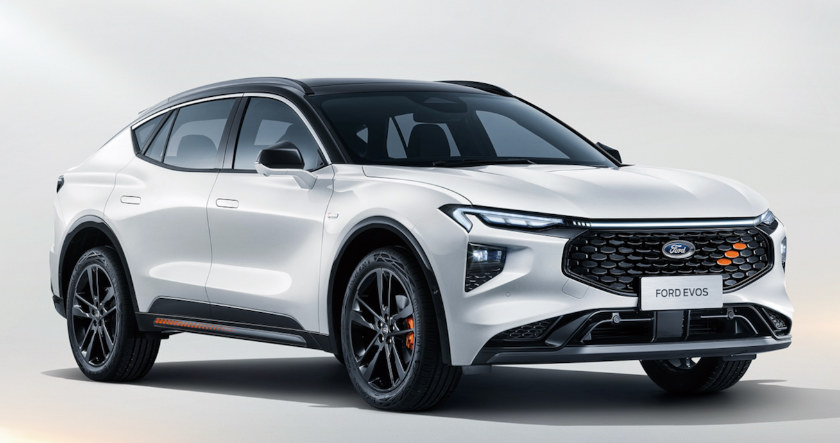 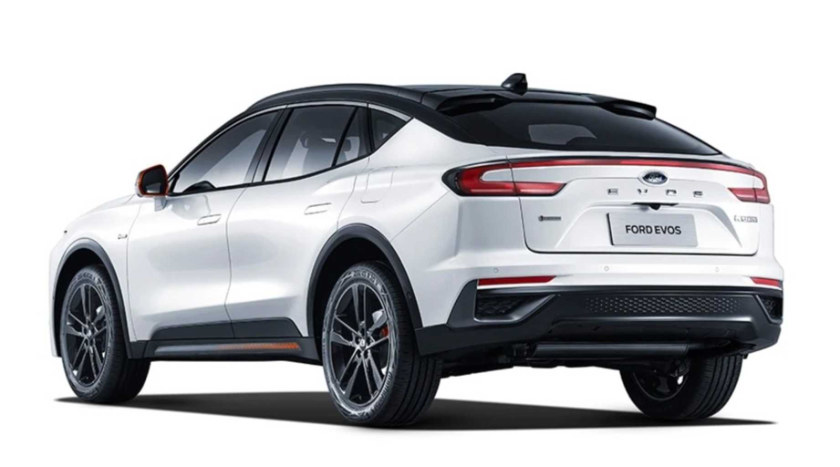 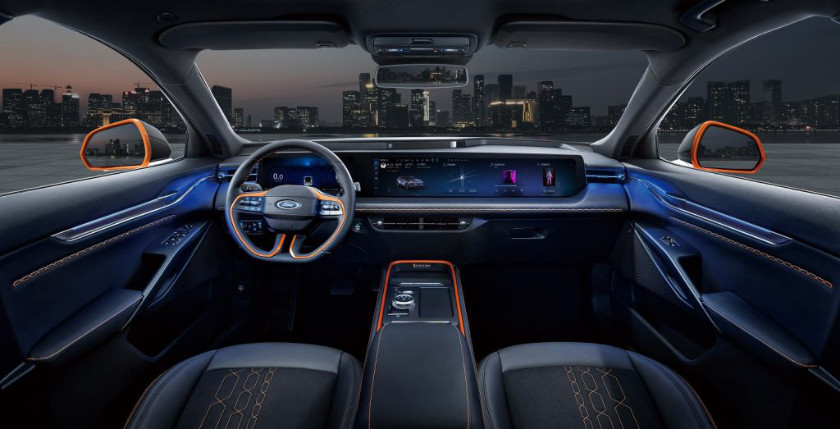 It seems coupé crossovers, low-slung fastbacks riding on big wheels, are the trendy shape for cars now, after a decade dominated by the boxier variety, if Auto Shanghai’s débutantes today are any indication.
Ford showed its Evos crossover, with hints of the Mustang Mach-E—a car, based on its development code, that started off as a Focus crossover. The new car looks more substantial, and Ford has been clear that it isn’t the model that will replace the Fusion and Mondeo.
Inside is a “coast-to-coast” screen spanning the entire cockpit width, from the driver’s to the passenger’s sides. All up, the display measures 27 inches, with 4K definition, comprising digital instrumentation, infotainment, and an additional screen for the passenger. AI and a hands-free driving assistance program complete the high-tech package.
SAIC’s Roewe brand, meanwhile, showed a coupé crossover of its own—with the same colour scheme of white with a black roof, which must be the other automotive trend presently. The Jing (鯨), the Chinese word for whale, has a large grille that is supposed to recall the mammal. It’s part of Roewe’s ‘emotional rhythm’ design philosophy, and the Jing is supposed to ‘accelerating the process of brand rejuvenation, personalization and promoting brand upgrading,’ says SAIC. The shape isn’t as sleek as Ford’s, and the company says it is a concept. 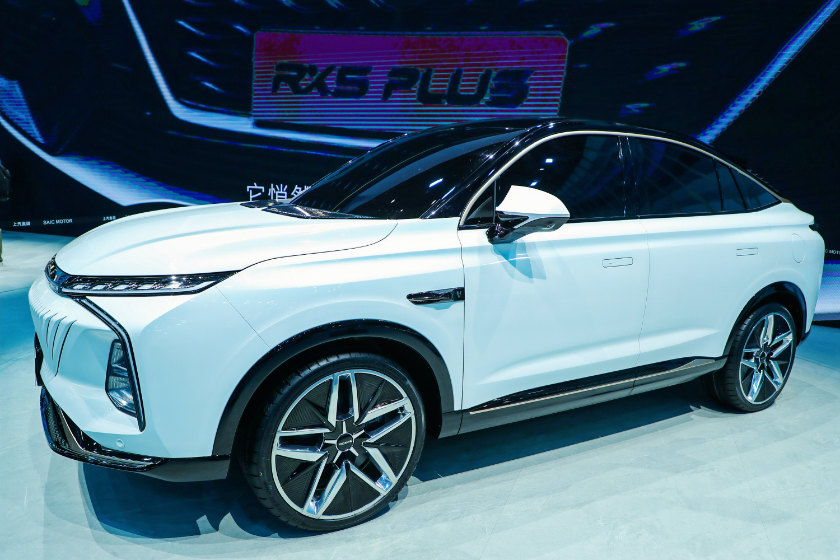