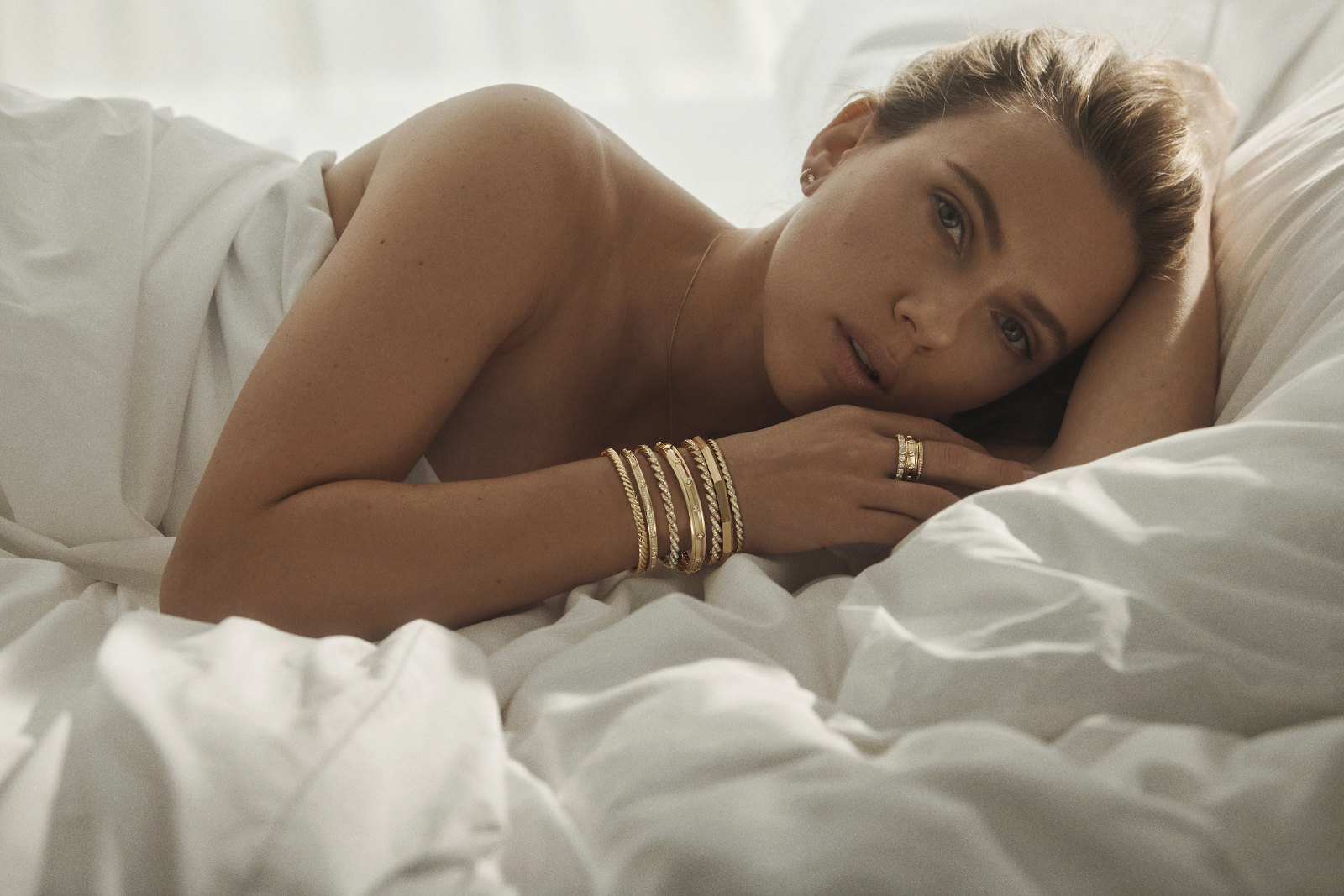 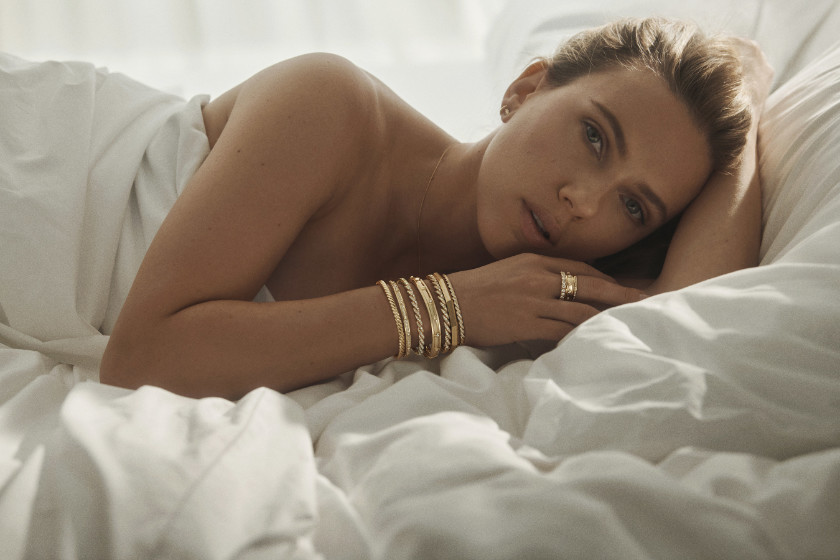 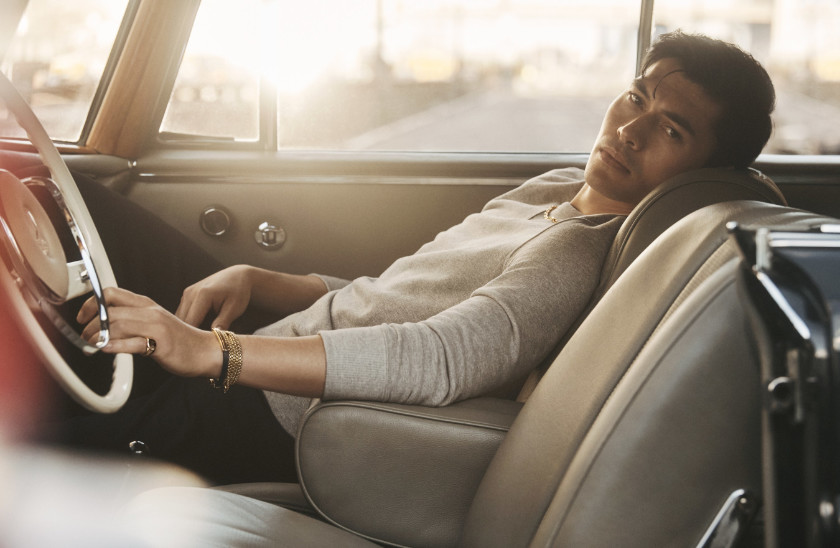 The two actors are the first celebrity brand ambassador duo that David Yurman has used.

The campaign, utilizing images and short films, ‘celebrates the joy of closeness and connection in our challenging times,’ said the company in its release. Lachlan Bailey photographed the campaign. Johansson was styled by Anastasia Barbieri, and Golding by George Cortina.

Johansson was photographed at the Carlyle and its Bemelmans Bar, and Golding at Casa Cipriani and the Carlyle.

‘After years of separation for many—much longer than any of us could have anticipated—we are all craving connection,’ said Evan Yurman, son of the company’s founders and the firm’s new president. ‘Come Closer is a call to all of us to delight in the everyday, where simple moments with family and friends are unexpected and beautiful.’

Johansson was the company’s one choice for its female ambassador. ‘Scarlett is the embodiment of the David Yurman woman. A native New Yorker at the top of her craft, Scarlett is a woman who forges her own path. She doesn’t take no for an answer and isn’t afraid to stand up for herself and what’s right,’ said Yurman. ‘To have the opportunity to work with a force like Scarlett to create such honest images, profound in their lack of pretense and artifice, is an honour.’

Johansson said, ‘Growing up in New York, I always felt connected to David Yurman—I would see their beautiful black and white ads in all my favourite fashion magazines. The Yurmans and their designs always embodied New York for me—bold, fresh and just a bit of edge. When Evan approached me with this opportunity and shared his vision for the campaign, I already felt so linked to the brand that it was a natural fit.’

On Golding, Yurman said, ‘Henry embodies the passion and grit of the David Yurman man. He’s extremely talented, principled, and well travelled, but of all the amazing places he’s visited and after all that he’s achieved, it is the spirit of New York City that keeps calling him back. We are thrilled to welcome Henry into the David Yurman family and to introduce him as the face of the men’s category, débuting in our new campaign that shares the sometimes-quiet ways that only New York City can draw you back in.’

Golding added, ‘There is a magnetism to New York City and a tenacity among New Yorkers that is difficult to describe, but contagious just the same. I’ve been fortunate enough to visit the city many times for both personal and professional reasons, and each time I feel more and more a sense of belonging. David Yurman is a testament to the city’s heritage and values, and I’m honoured to be the face of a brand whose timeless works of self-expression continue to connect us all.’

Evan Yurman had formerly been the company’s chief creative officer, and had worked for the family firm since 2002. His parents, David and Sybil Yurman, remain in their roles as lead designer and chief brand officer respectively.

The company will continue to support its Unity Fund in partnership with Robin Hood. From February 15, 20 per cent of the purchase price from selected designs will benefit the fund.