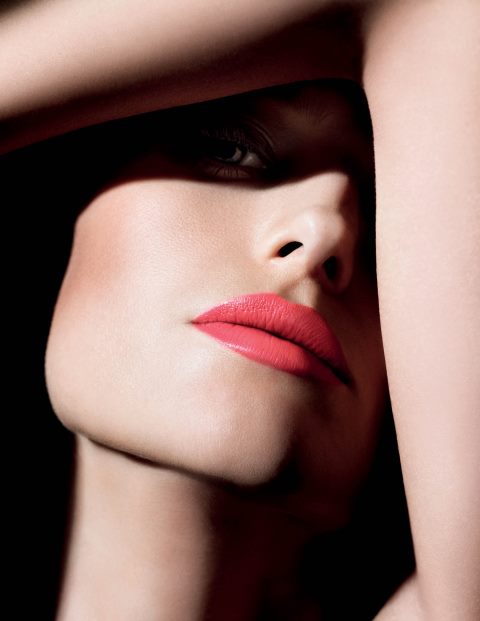 Top MAC’s new Mineralize Rich Lipstick promises the same high quality as the company’s other lines. Above Chloé is offering free engraving for its Signature fragrance this weekend, but only at Selfridges.

If you’re in the UK, Chloé and Selfridges have teamed up to offer free complimentary engraving for Mother’s Day, but only this weekend (March 9 and 10). With any purchase of a Chloé Signature fragrance (30 ml and above), you can receive free engraving in store.
Shiseido, meanwhile, has won an award at the the World’s Most Ethical Companies for the second consecutive year. The announcement by the Ethisphere Institute, an American think-tank, was announced on March 6, awarding companies that have best practices in ethics and corporate social responsibility, not unlike the Medinge Group’s earlier Brands with a Conscience awards.
The ceremony took place in New York.
MAC Cosmetics, meanwhile, have three new releases. For the eyes, the MAC Pro Longwear Paint Pot range (bottom), still with its highly pigmented colour and pearlized finish, has a new creamy formula that dries more quickly. Suggested retail price is NZ$44, with the 242 Shader brush at NZ$68. The Paint Pots hit retailers on March 11.

On March 18, MAC’s Mineralize Moisture SPF 15 foundation (below) becomes available, featuring shea butter, emollients and conditioning extracts. MAC says the combination of powders has an ‘optical blurring effect’ that helps even the skin tone. The foundation, with 18 shades, retails for NZ$75 each, and the 130 Short Duo fibre brush at NZ$90.
Completing the MAC releases, also due on the 18th, is its Mineralize Rich Lipstick line, which the company says is larger in size and has a mineral moist complex for hydration. There are 12 vibrant shades, each retailing at NZ$58.