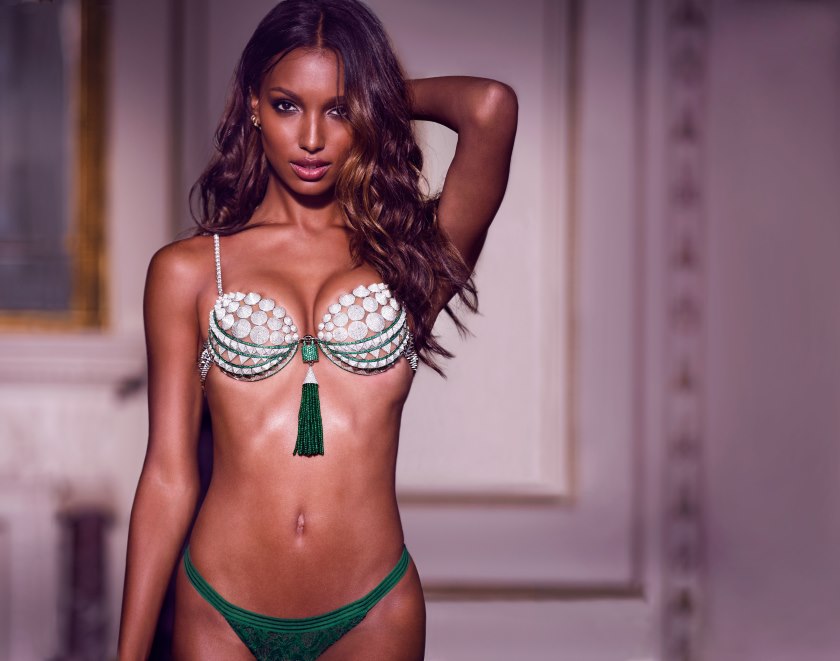 The Victoria’s Secret Fashion Show for 2016 has shown its most newsworthy design: the US$3 million Bright Night Fantasy Bra, featuring 9,000 precious gems, hand-set with diamonds and emeralds in 18 ct gold.
The bra has been designed by jewellery designer Eddie Borgo, with jewels by A. & W. Mouzannar. It took over 700 hours to create and weighs over 450 ct.
It was inspired by the regular Beautiful by Victoria’s Secret bra, currently available in stores and at victoriassecret.com.
The show, which will air on CBS on December 5, will see model and Victoria’s Secret ‘Angel’ Jasmine Tookes wear the bra in the ‘Bright Night Angel’ section.
There is an ongoing tradition at Victoria’s Secret to show a Fantasy Bra each year, a creation that is usually valued in the millions. At US$3 million, the Bright Night Fantasy Bra is on the low side when it comes to valuations.