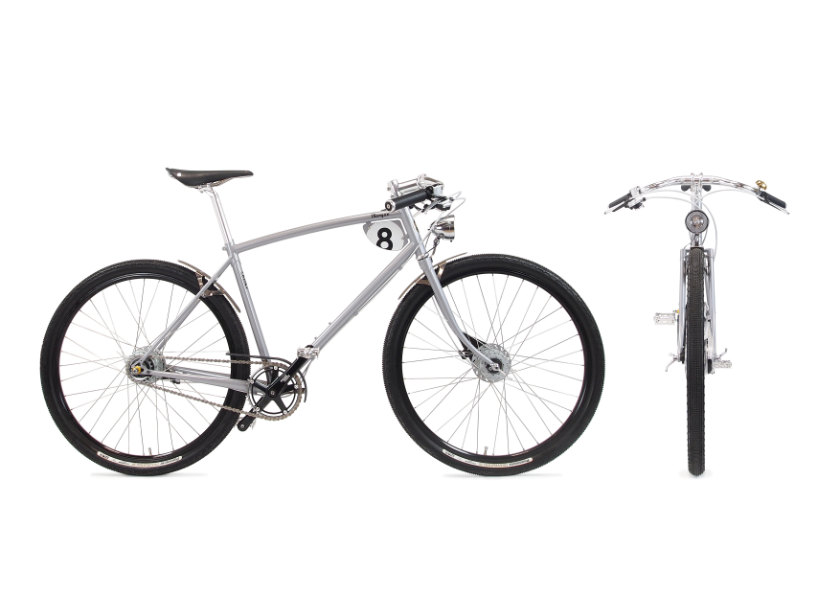 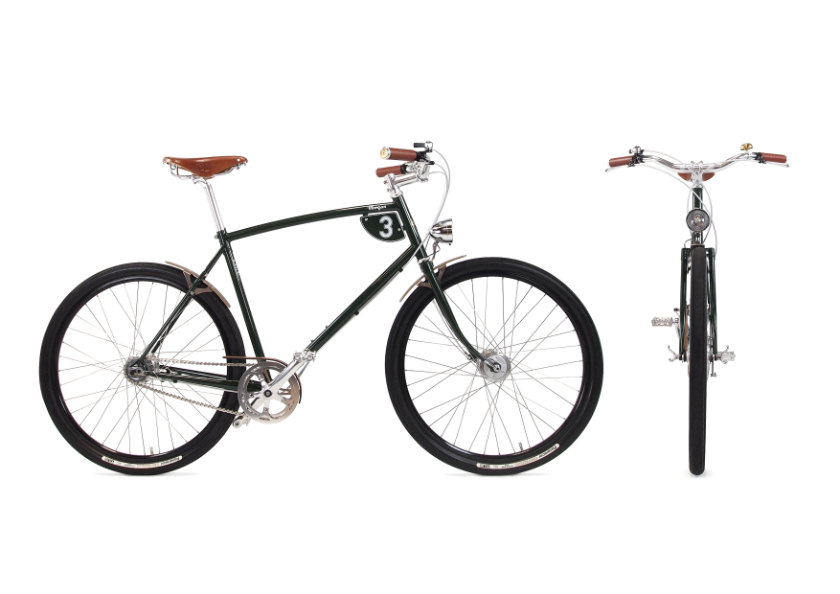 Morgan, best known for its hand-crafted cars with classical styling, and Pashley Cycles, the longest established British bicycle manufacturer, have teamed up to create two bicycles, the Pashley–Morgan 3 and the Pashley–Morgan 8.
The new bicycles, launching this weekend, feature a hand-crafted frame and sporting features. The 8 features a frame-mounted race plate, black leather grips with Morgan aluminium end caps, and matching mudguard and chainguard. It has an eight-speed Shimano Nexus internal geared hub and a dynamo front hub, a classic domed headlamp, and a Brooks Black Cambium C15 vulcanized rubber saddle with organic cotton surface. It retails for £1,595.
The 3 is in British racing green, and features hand-stitched honey leather grips and Morgan aluminium end caps, a Brooks B17 saddle with walnut laminated wood veneer short mudguards and matching chainguard. It has a three-speed Sturmey Archer three-speed internal geared hub and dynamo front hub. It retails for £1,495.
Morgan will retail the bicycles along with Pashley Cycles’ international boutiques.
Adrian Williams, Pashley Cycles’ managing director, said, ‘Pashley and Morgan share many similarities including our unrivalled heritage, design innovation and British craftsmanship and this is evidenced in the beautiful bicycles we have produced. These bicycles will appeal to Morgan car owners and discerning cyclists alike.’
Jonathan Wells, Morgan’s head of design, noted in a release. ‘I am particularly fond of the swept top tube. This feature is not only a first for Pashley, its intention is to mirror the gentle sloping shoulder line of current and future Morgan cars.’ 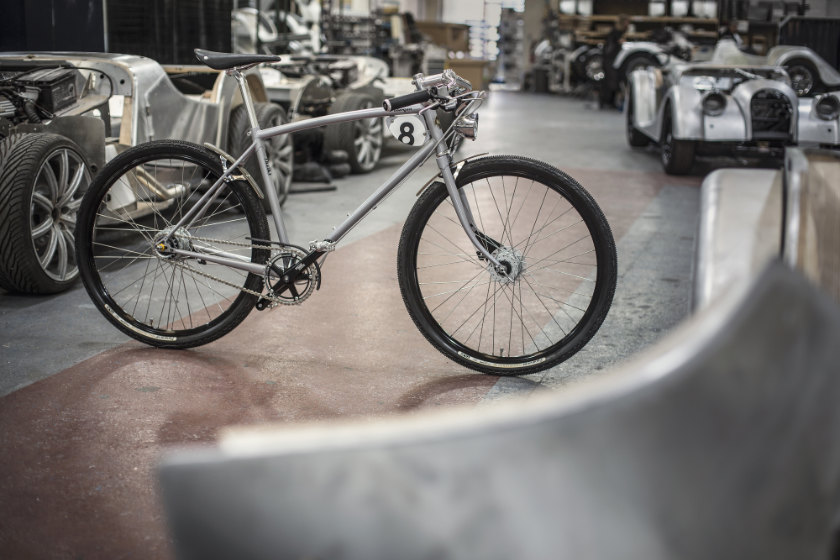 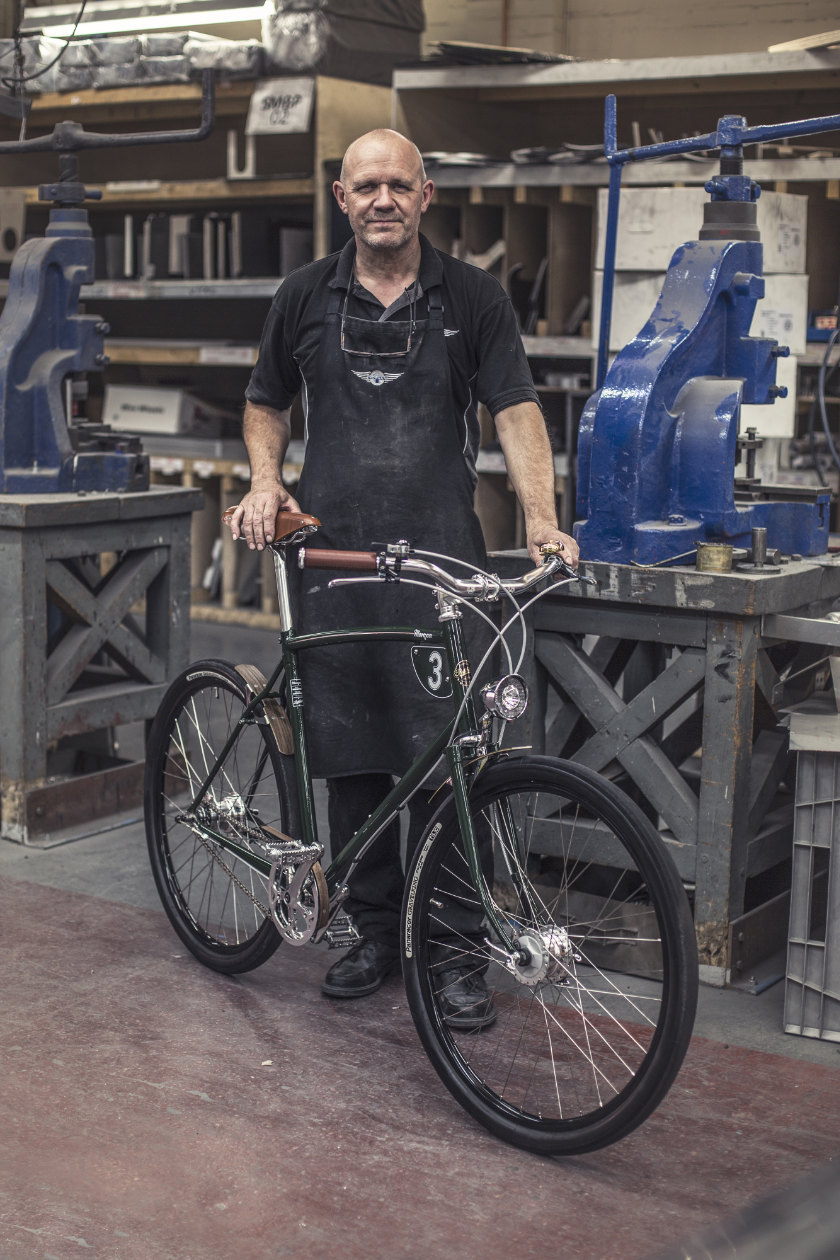