When I ﬁrst wrote on my personal blog about Players, the Abbas–Mustan brothers’ remake of The Italian Job, I did so with my tongue ﬁrmly planted in my cheek. It wasn’t so much that the ﬁlm was being remade again—and by such stylish and expert directors—but that it would take quite a twist in the plot for the gang to come to Wellington, New Zealand, where ﬁlming of the latest stage of Players began a few hours ago today.
In fact, it began not that far from our HQ, where we were able to snap these images. I was on set as well but as I did not have permission to photograph from those angles, I refrained, as we’re down on the press list to interview the Players team later this month. I’m sure our readers will understand that we’re not here to burn bridges. The pics here are all shot from public vantage-points.
I am told by insiders that the stars had not arrived though there I spied someone as attractive as Bipasha Basu there. However, I saw co-director Abbas Alibhai Burmawalla on set. The crew was busy at Rongotai College, and a purple MGF sports car was being driven with a reﬂector on its roof.—Jack Yan, Publisher 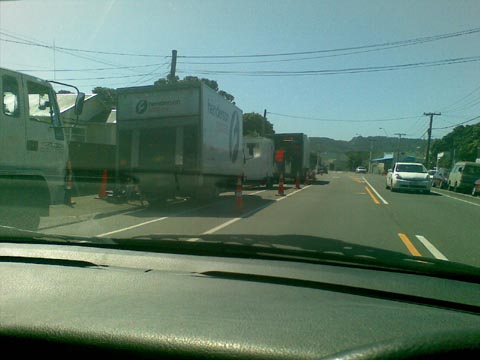 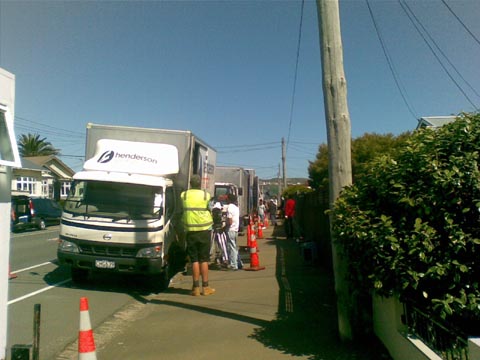 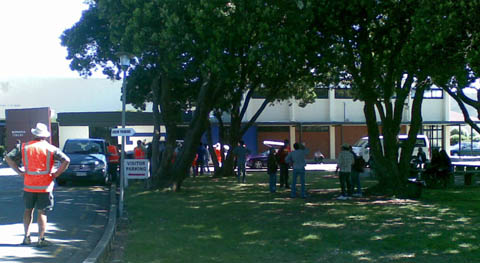