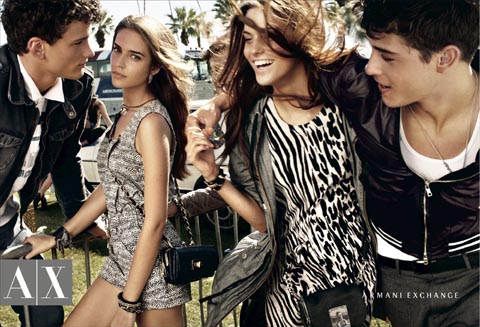 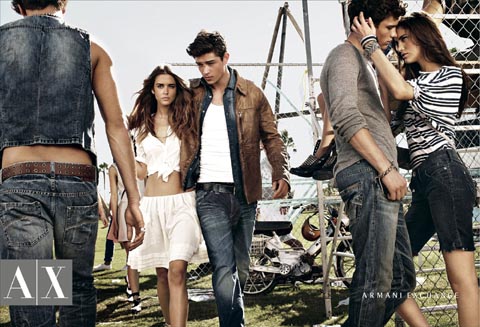 Armani Exchange‘s spring–summer 2011 advertising campaign, Style Festival, has been shot at the Coachella Music Festival in Indio, Calif., styled by Kate Lanphear of Elle US.
Lanphear’s aim was to connect the Armani Exchange brand close to music, which she says is ‘such a big part of the brand’s DNA’. Matthew Scrivens photographed the campaign, with Neil Moodie on hair and Virginia Smith on make-up.
Coachella was thought to ring true to Armani Exchange’s youth market.
The campaign breaks in February 2011 issues of, inter alia, GQ, Elle, Glamour, Allure, Out, Nylon, V and V-Men, says Armani Exchange.