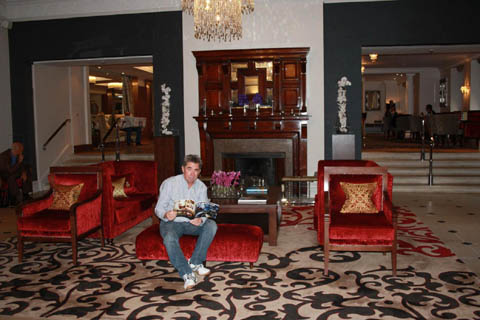 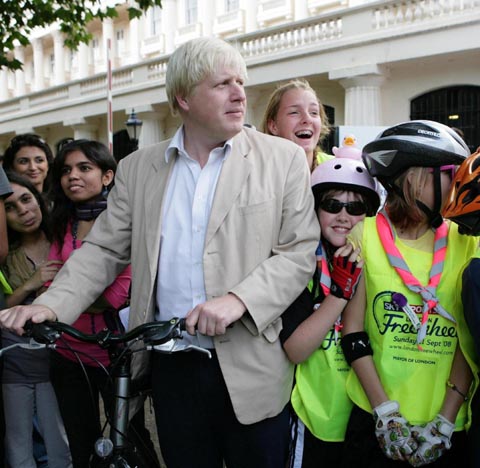 ‘Mind the gap between the train and the platform edge’—ah, the old London Tube message. Don’t you just love the place?
London is one of the greatest cities of the world, with more than 300 languages spoken among her teeming millions of people.
We decided to head there and see how the city was preparing for next year’s Olympics in the wake of the August riots which caused hundreds of millions of pounds in damage.
Simon and Michelle at Air New Zealand gave us some great seats on the way up. Their premium economy or better is the only way to travel if you can manage it. Going via Hong Kong both ways was the fastest route than any other option. We arrived at LHR (London Heathrow) and ﬂew through immigration and customs in about 15 minutes.
We spent most nights at the Metropolitan Sanctuary, organized by Kate at the UK Holiday Lettings, at Tooting near Wimbledon. It was a lovely place to stay, apart from the noise upstairs in the terraced house some nights. But the owner, Lynne, had the house looking lovely and homely when we arrived, after our 26-hour trip.
First sightseeing trip via the Northern Line to Blackfriars was the Tate Modern, one of the ﬁnest contemporary art galleries in the world. We gazed in dazed amazement at the big bold Picassos, such daring paintings for their time 60 years ago.
Exhausted, we ﬂop back to our sanctuary. Next day, we walk to Wimbledon station and take the district line to South Kensington and drool over just some of the two million objects at the Victoria and Albert Museum. The V&A covers 12 acres and is simply the world’s greatest museum of art and design, receiving 2·5 million visitors a year.
A stroll down the Embankment took us to the London Eye which gave us a panoramic view of London almost out to the M25. We were met at the entrance by an extremely rude ticketing clerk who had no idea of manners of customer service. But we still loved the trip.
Foot-weary, Chrissy and I head to the prestigious address of 1 Whitehall Place, the Royal Horseguards, which is the top-rated hotel in London, ahead of the Ritz, the Savoy, the Dorchester and the Waldorf. We stay here the night. HM the Queen and princes have visited and this was once a regular spot for Winston Churchill.
It’s just metres from the Houses of Parliament, opposite the Eye and easy walking distance to Trafalgar Square, Covent Garden, Regent Street, Piccadilly, Buckingham Palace and the Strand. The rooms are lavishly appointed with every modern convenience. The Royal Horseguards is an iconic London landmark, as it looks like a fairy castle. It won the accolade of the AA London Hotel of the Year 2010–11.
The hotel has been superbly refurbished with a classical elegance. We sipped champagne Laurent Perrier grand siècle at £35 a glass.
Using the Horseguards as a base, we walked up Regent Street to do some shopping on Oxford, and then back to the famous Liberty building which was constructed out of two old 19th-century sailing vessels. The Tube was easy to use but quite expensive (£8 return trip to Zone 3). Buses take forever and typically three turn up at once after a long wait. Black cabs can be cheaper and faster than minicabs. But once in town, walking is best and there are so many famous views with every step.
Perfectly situated on the banks of the River Thames right in the heart of the Capital, the Royal Horseguards is opposite the famous London Eye and within easy reach of the key business centres, tourist and cultural landmarks.
Back at the Horseguards we freshened up and headed to its One Twenty One Two restaurant, as we dined on delicious fat scallops and Dover sole off the bone.
Then, we jumped in a waiting black cab and took in a musical on the West End—Ghost, at the Piccadilly Theatre. We were given tickets by a Kiwi friend Michael Watt, possibly the only New Zealander to turn down a peerage. Watty has shares in a number of shows on West End and Broadway so we were lucky to take in Ghost, which was fabulous.
Before heading out the next day we enjoyed a lavish and sumptuous afternoon tea. We ate so much we needed to walk it off. So we took up an invitation from Hannah at Christie’s, the ﬁne arts’ auction house, to view the ﬁnest Tom Lowry collection, which included his famous Piccadilly painting. This is expected to set a British record. Again, it was a dream come true to touch, hold and gaze at one the most famous paintings ever.
Before cabbing it to Heathrow to return home, I manage to score an interview with London Mayor Boris Johnson who once described George W. Bush as: ‘a cross-eyed Texan warmonger, unelected, inarticulate, who epitomizes the arrogance of American foreign policy.’
I asked Boris for his thoughts and memories of the Christchurch earthquakes.

Boris Johnson: In addition to the horror at the tragic loss of life it was a real shock to see so much of the infrastructure of this beautiful, historic city, with so many connections to the UK, lying shattered and broken. I know the disaster also had a profound effect on the many expats living in London.

What message do you have for the people of Christchurch?
We have already witnessed the extraordinary resilience of Christchurch’s people who have picked up the pieces and supported each other through this terrible time. While London has not experienced the devastation of an earthquake, Londoners recognize all too well the need to unify and rebuild, following the appalling attacks [the 2006 terrorist bombings] on our city six years ago. I would urge the people of Christchurch to recognize that the strength of their city, and what defines its global attractiveness, is its people. Keep on pulling together.

What suggestions and thoughts do you have on the rebuild of Christchurch?
On a far smaller scale, and man-made rather than created by nature, parts of London were badly damaged during a short period of violent unrest over the summer. We immediately decided to turn the experience into something positive and began exploring ways to regenerate, for the long-term, those areas affected, by making improvements to the wider public realm on top of the repair and rebuilding work that is already underway. So I would call on your leaders to look at what we are planning in London and consider whether the same can be done for Christchurch.

And ﬁnally, what are your thoughts on London’s preparations to host the Olympic Games?
Our venues are ready, our park is ready and our transport system is being transformed. The excitement around London 2012 is already reaching fever pitch and there is no doubt that the capital will live up to everyone’s expectations. Over the next nine months we’ll continue to improve our public squares, parks and streets and dress the city with the unmistakeable Olympic Rings, making sure that London sparkles in the world’s spotlight next July.—Kip Brook, Word of Mouth Media NZ

2 thoughts on “As London prepares for ’12 Olympics, Boris Johnson gives his thoughts about Christchurch”