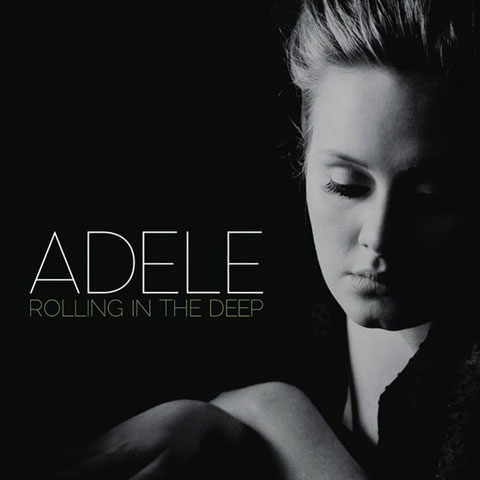 Above Adele received six Grammy nominations, including song and record of the year, for ‘Rolling in the Deep’.

Adele will be going up against Lady Gaga in the Grammy Awards, with six nominations this year, including song and record of the year, for ‘Rolling in the Deep’, and best album, for 21.
The English singer–songwriter—currently recovering from throat surgery—is pipped in the number of nominations by Kanye West, with seven. Bruno Mars and the Foo Fighters also have six each.
The Grammy nominee announcements were made at a concert at the Nokia Theater in Los Angeles, featuring performances from Lady Gaga, Katy Perry and Nicki Minaj.
Both West and Mars have nominations for song of the year. West was nominated for ‘All of the Lights’, which featured Alicia Keys, Rihanna and Sir Elton John. In the same category, Mars was nominated for ‘Grenade’, while Bon Iver, with four nominations, was nominated for ‘Holocene’.
Mumford & Sons were also nominated for song and record of the year for ‘The Cave’.
Katy Perry is also up for record of the year with ‘Firework’.
Other nominees for album of the year were Lady Gaga (Born This Way), Foo Fighters (Wasting Light), Rihanna (Loud) and Bruno Mars (Doo-Wops & Hooligans).
Skrillex, Lady Gaga, Nicki Minaj, Radiohead and Lil Wayne were also multiple nominees.
The winners will be announced in Los Angeles in February.