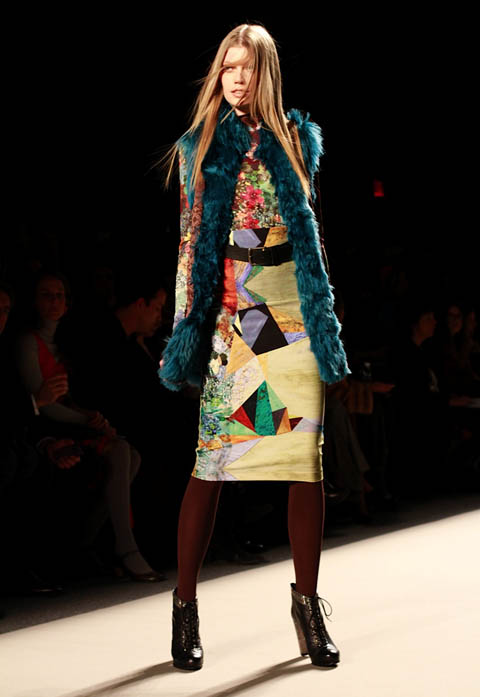 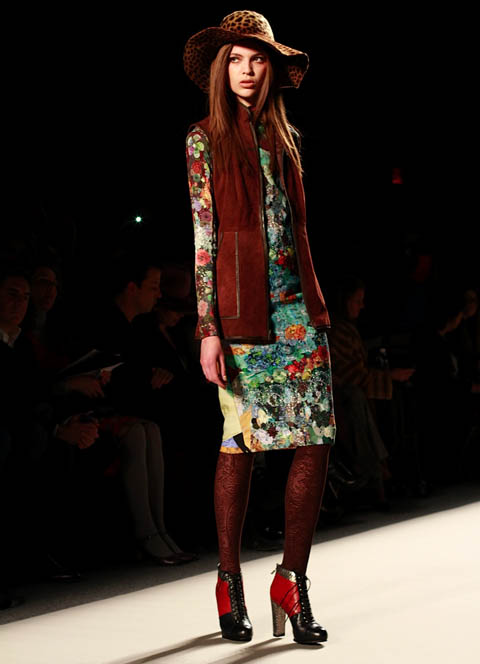 Our man in NYC, Stephen Ciuccoli, has ﬁled some lovely shots from Friday’s and Saturday’s shows at Mercedes-Benz New York Fashion Week, from Nicole Miller, Katya Leonovich, Brandon Sun, Rebecca Minkoff, and Candela. Plus, he’s sent us videos from Mara Hoffman, Hervé Léger and Tibi. There’ll be more in-depth coverage from New York co-editor Joseph Ungoco and New York beauty editor Reiva Cruze coming up in Lucire.
Nicole Miller showed a lovely, Bohemian-chic collection for autumn–winter 2012–13, with A-line dresses, bell bottoms, fringes and hats (and there were also hats at Mara Hoffman and Nicholas K), bringing the Woodstock era and early 1970s to a 2010s’ audience. Miller employed clever digital printing, which meant the collection was, to some degree, driven by the latest technology and her desire to do something new. Her reference to ‘parallel times’ in the notes meant just that: the ability to re-create a retro style that works with the current Zeitgeist, with the latest techniques in design and manufacture. For that, she gets top marks.
Leonovich continued with her æsthetic of mixing fabrics, surprising us with blending soft and hard materials, such as leather and chiffon, and gauze and nylon. Unlike other designers who’ve attempted unusual mixtures, Leonovich’s overall look works for fall 2012.
Brandon Sun’s collection was entitled Silent Assassins, inspired by his love of kung fu ﬁlms. His use of fur and wool gave a lot of volume to his autumn–winter 2012–13 silhouette. The show itself took place in a small circle, with dry ice giving proceedings an air of mystery—though it did affect a few of our photos.
Theophilus London opened Rebecca Minkoff’s show on Friday, and the fashion kept the energy levels high. Her use of burnt oranges, yellows, reds and browns helped paint a vision of autumn leaves. While the typical Minkoff customer might go for her bags and jackets, we’re betting on her blazers and pants being must-haves by the time the week is up.
Gabriela Perezutti of Candela showed an autumn collection inspired by her Uruguay roots, promoting a natural look with her use of ﬂoral prints, chunky knits and delicate silk chiffon dresses. Perezutti forecasts a feminine, carefree look for the season. 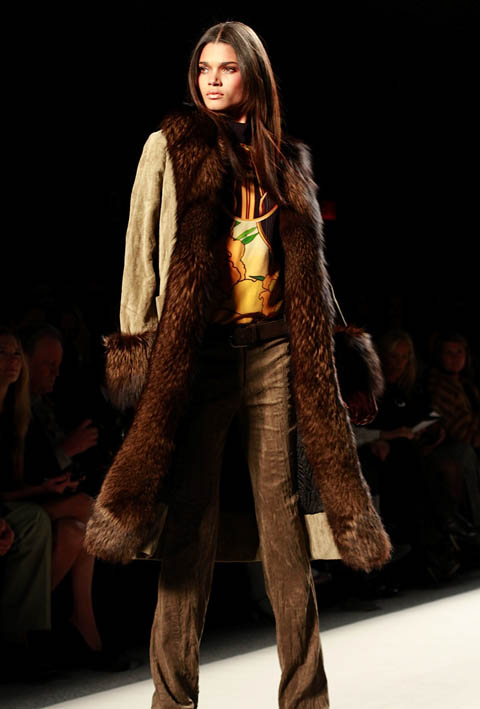 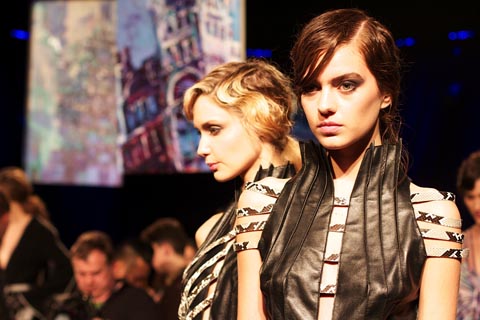 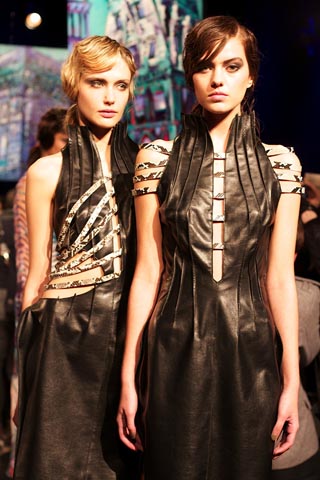 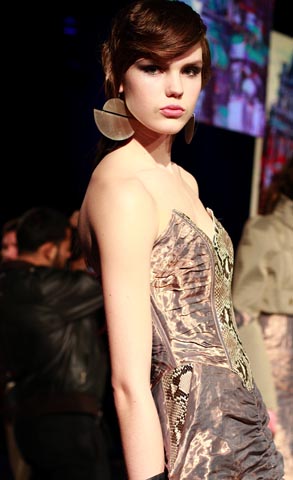 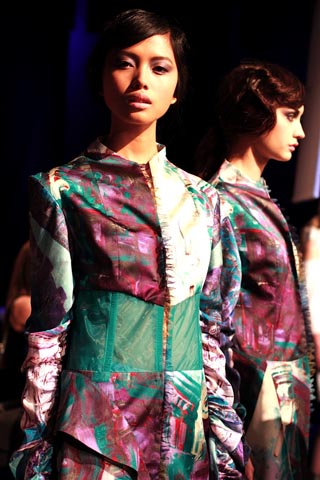 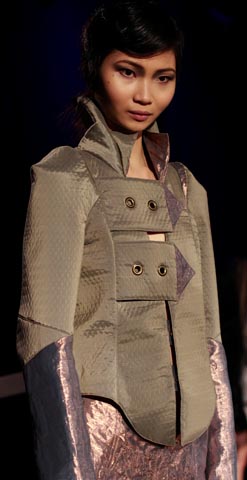 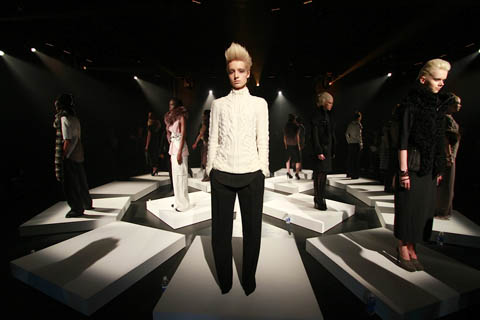 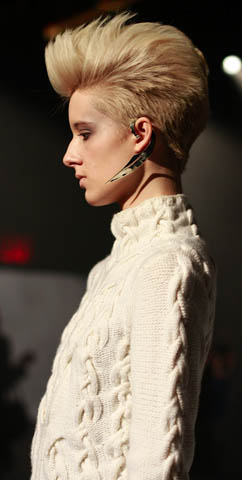 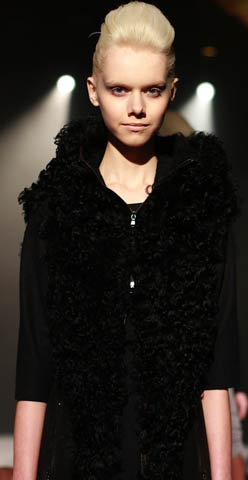 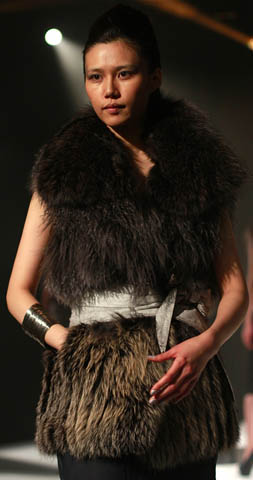 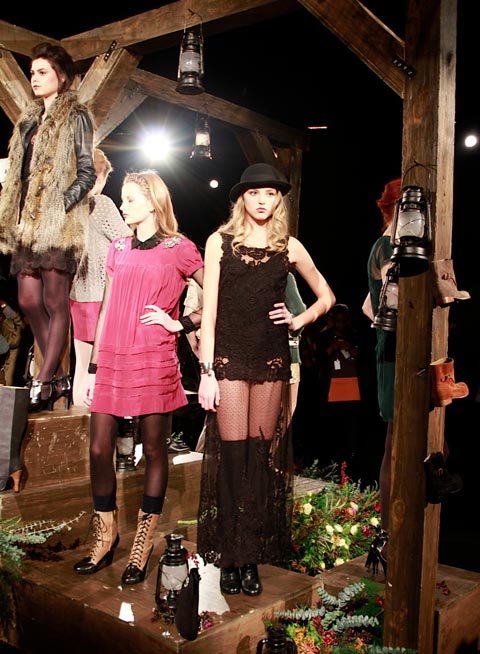 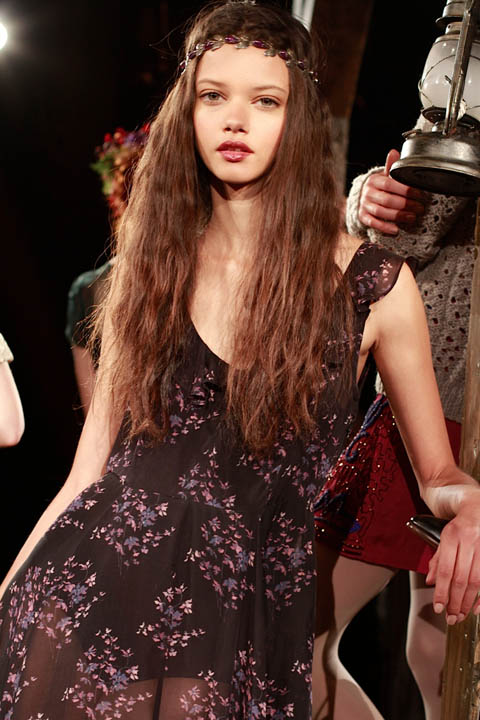