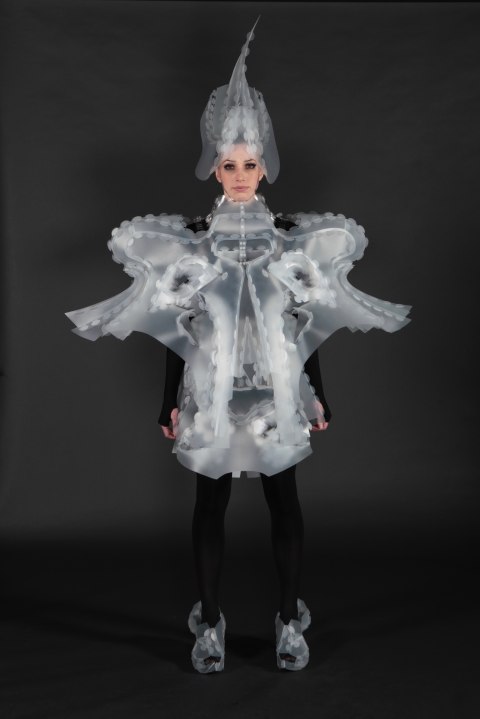 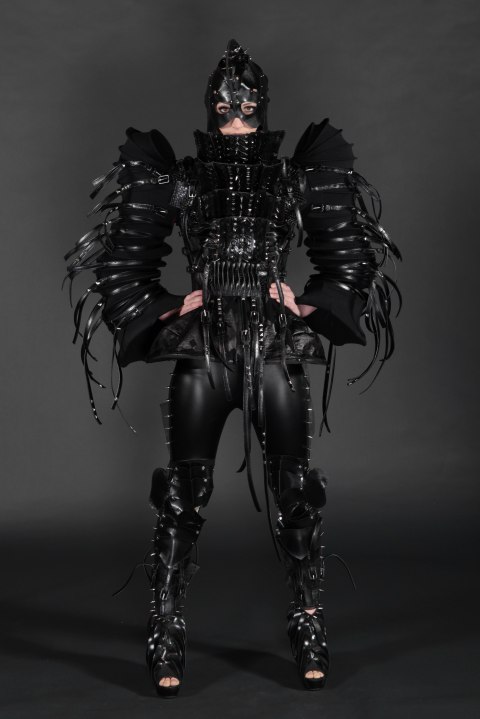 Two fashion students from Donghua University, Shanghai, have won both the Supreme Award and the runner-up prize at the Brancott Estate World of Wearable Art (WOW) Awards Show for 2012. Yuru Ma and Mengyue Wu’s Delight of Light took home the top prize in the coveted awards. Their Revive design took second place. Both won their categories, netting Ma and Wu four top prizes at WOW—an unprecedented feat, according to founder Dame Suzie Moncrieff.
The duo were two of 168 who entered, and take home NZ$42,000 in prizes. Nineteen of the thirty-five awards went to New Zealand-designed garments, while the remainder went to international ones. Of the 16, eight awards went to mainland China, including Hong Kong, and one to Taiwan; Australia, the US and India each took home two; and one award went to a Mexican designer.
‘During the WOW judging process, we are only told the entry’s name and its inspiration, so we were very surprised when we found out that Yuru and Mengyue were the designers for both the Supreme Winner and runner-up,’ says Dame Suzie. ‘It is an extraordinary accomplishment, especially when it is their first time entering WOW. Their talent is astounding, and I am confident they will be designers to look out for in the future.
‘Many tertiary students who have entered WOW in the past have gone on to work in the film and fashion industries. WOW gives them an opportunity to step outside of the normal commercial constraints and to push the boundaries of their art.’
The World of Wearable Art Awards are now in their 24th year, attracting 50,000 showgoers from around the world. Brancott Estate is a long-term partner of the Awards.