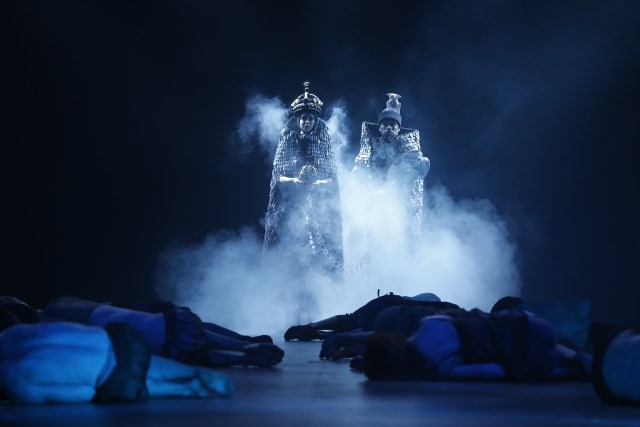 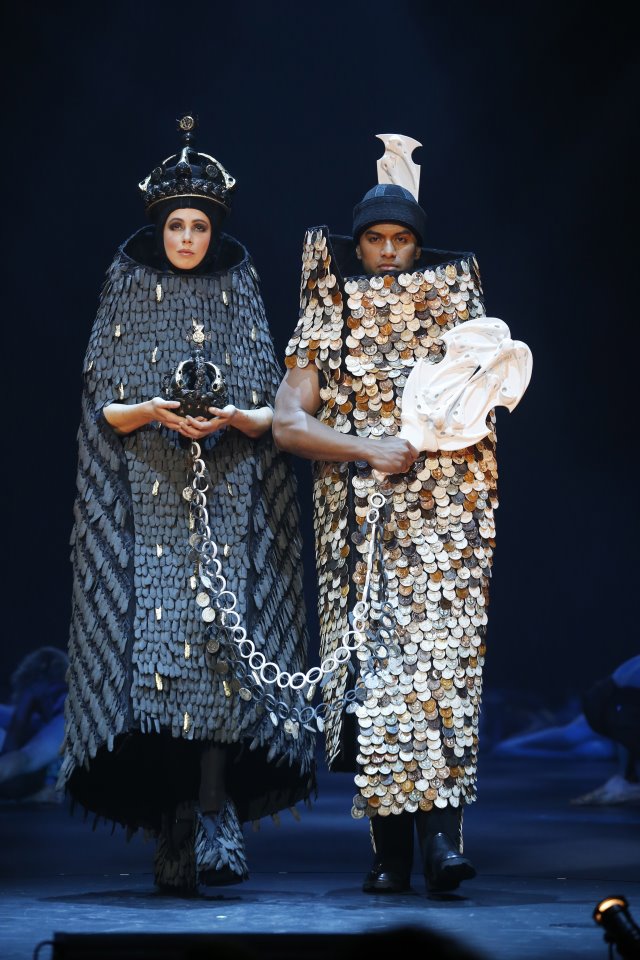 Above The Exchange, by Christchurch sisters Tatyanna Meharry and Natasha Meharry, which took home the Supreme Award in the 25th Brancott Estate World of Wearable Art (WOW) awards’ show tonight.

In a departure from recent years, Kiwis stole the show at the 25th Brancott Estate World of Wearable Art (WOW) awards’ show, bringing in the three most prestigious awards. The Brancott Estate Supreme WOW Award Winner went to two sisters from Christchurch, Tatyanna and Natasha Meharry. They created a two-garment entry called The Exchange, which emulates a living modern Treaty of Waitangi. The garments, which also won the New Zealand South Pacific section, are constructed out of coins and ceramic feathers. This represents the idea of cultural consumption and the interchanging of gifts and promises. This design is truly a work of art invoking a strong emotional response from the audience, due to its beauty through exquisite craftsmanship as well as its cultural identity. It is a true and pure representation of New Zealand and here at Lucire, we are excited and proud New Zealand has gained such honour in the show this year.
Peter Wakeman from Motueka took out the runner-up Supreme Award Winner prize. His garment, Chica under Glass, also won its category, the prestigious Avant Garde section. The garment consists of a Barbie pink, shiny, structured dress which amazingly is made from fibreglass and plywood. This garment crosses the boundaries between sculpture and garment, as it emulates a poofy dress, but it contrasts to the initial idea by being completely stiff and static. His garment effortlessly represents the Avant Garde section, having created a piece of art based on fashion rather than creating a piece of fashion itself. Mr Wakeman seamlessly bridges the fashion to art boundary.
Dame Suzie Moncrieff, the founder of WOW, was joined by Christine Hellyar and Margi Robertson on the judging panel. Dame Suzie stated all decisions were unanimous and they were extremely impressed with the calibre of every garment and model on the stage. She stated, ‘It is inspiring to create a show worthy of exhibiting such incredible works of art.’—Anna Deans 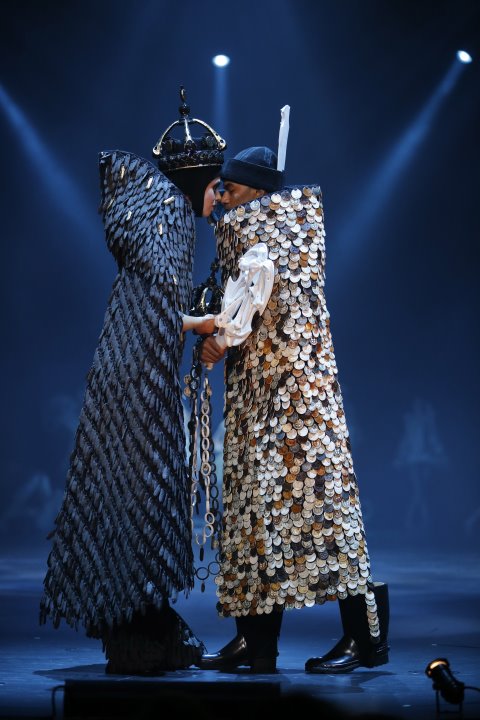 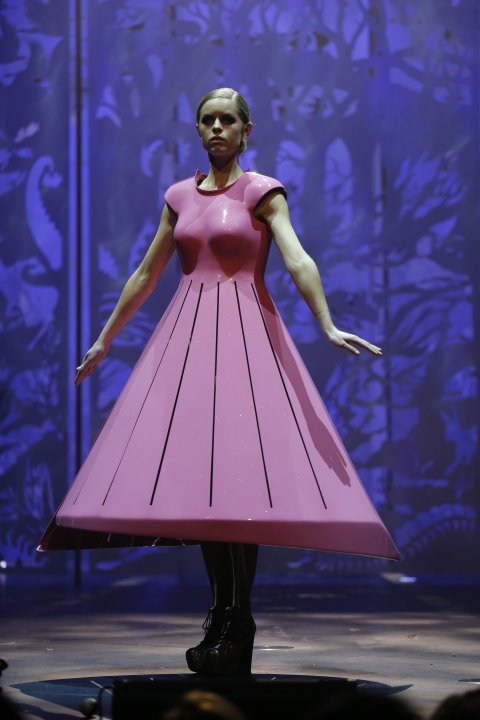 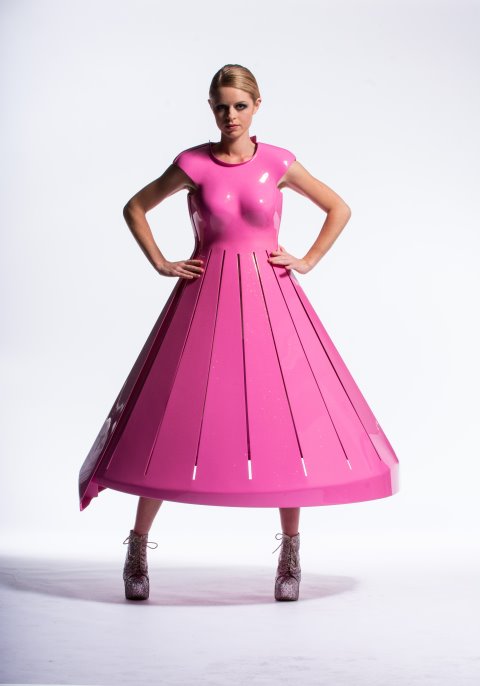 Top The Exchange, by Christchurch sisters Tatyanna Meharry and Natasha Meharry. Centre row and above Second-place winning entry, Chica under Glass, by Peter Wakeman of Motueka.