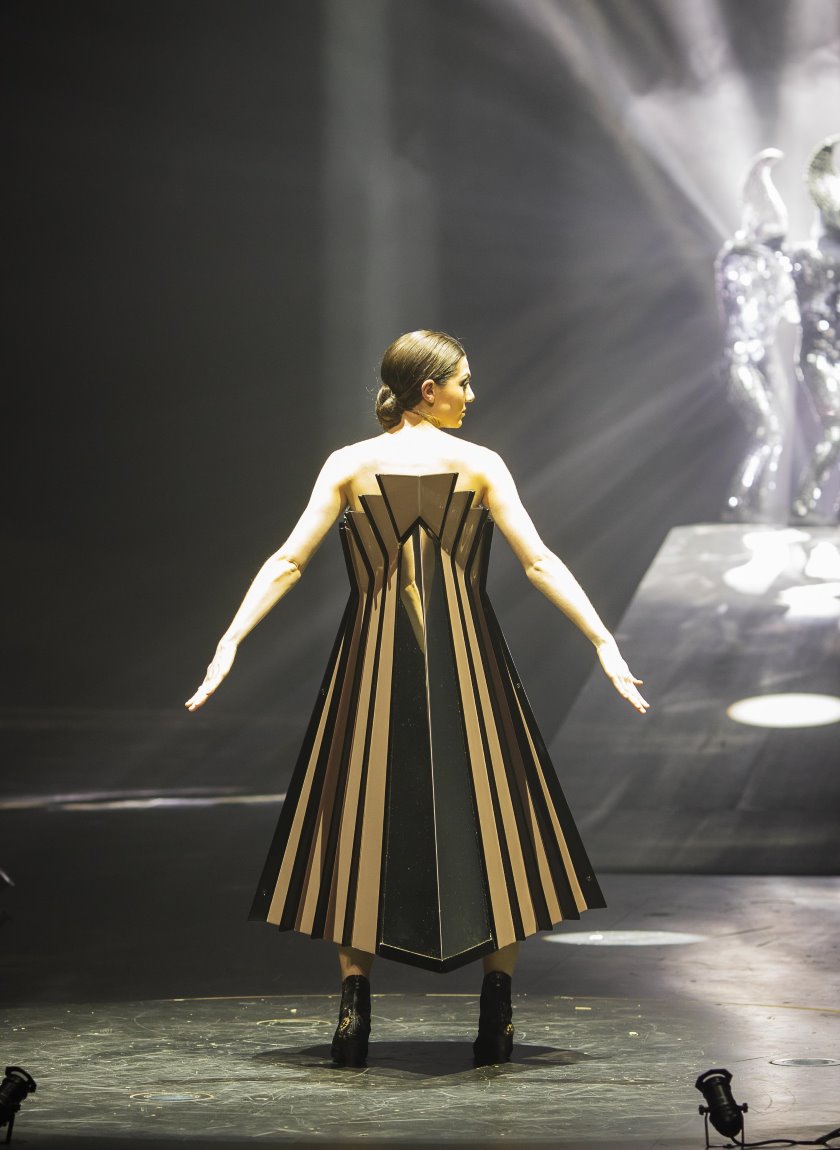 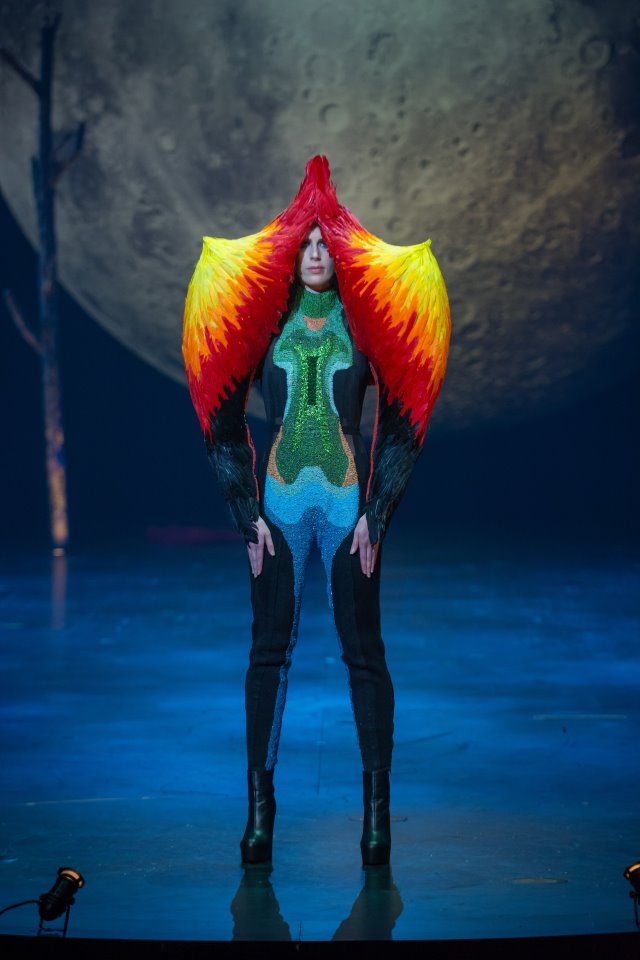 Nelson, New Zealand designer Peter Wakeman has won the 2015 Brancott Estate World of Wearable Art Supreme WOW Award with his entry Diva’s Dreamscape.
Wakeman wins $30,000 in prizes with his design, entered into the Creative Excellence Section: Architecture category. Made from stainless steel, wood and fibreglass, interpreting the art-déco era, the judges admired Wakeman’s workmanship while the founder of the World of Wearable Art Awards’ Show, Dame Suzie Moncrieff, praised its artistic integrity.
‘Diva’s Dreamscape really is a stunning piece of art,’ she says. ‘It has a strong simplicity that works perfectly from every angle. The use of such hard materials to create a sophisticated garment demonstrates great skill and creative ability.’
Diva’s Dreamscape was the unanimous choice of the judges, which included Dame Suzie, sculptor Greer Twiss and fashion designer Denise l’Éstrange-Corbet.
It is the third time Wakeman has entered WOW, and the second time he has won a prize. In 2013, he was runner-up to the Supreme Award winner for his Chica under Glass.
Xi Zhang, a student from Donghua University, Shanghai, took the runner-up prize this year, with Deadly Beauty. Zhang entered her design, made from feathers, beads and mesh cloth, into the Wellington Airport Avant Garde section.
There were 107 entries by 123 designers who were chosen for the Brancott Estate World of Wearable Art Awards’ Show this year.
The American Express Open section was won by Jeff Thomson of Auckland with Tinker. Thomson also won the New Zealand Design Award with Tinker. For Annie, by Doreen Helms and Susan Thurner of Nelson, won the children’s section. Philippa Stitchbury of Melbourne, Victoria won the Aotearoa section with On Reflection; while the Man section, with the theme of Uniform this year, was won by Chris Wilson and Gary Wilson of Upper Hutt with their Piper of the Lights. The Weta Costume and Film section was won by Joanna Peacock of Colchester, England, with her design To Be or Not to Be.
The Cirque du Soleil Performance Art Costume Award went to Tess Taverner Hanks of Sydney, NSW, for Kaleidoscope. Hanks also won the Shell Student Innovation Award with the same design. The WOW Factor Award was won by Rodney Leong with Get Behind Me Satan.
Another Donghua University student, Qianwen Hong, won with Exotic in the Wearable Technology Award, and the Shell Sustainability Award was won by Wanganui’s Danielle Sasvari with Templa Mentis.
The First-Time Entrant Award was won by Ewelina Kosmal of Konskie, with Brave New World.
The Wellington International Awards are given to entrants in different parts of the globe. The overall winner was M45 Pleiades by Maria Tsopanaki and Dimitri Mavinis of London; they also won for the UK and Europe category. Starship Girl, by Julian Hartzog of Tarpon Springs, Fla., won for the Americas. Mona, by Kerryta Chau, Wing Lam Yeung and Emily Lau of the Hong Kong Design Institute, won for Asia; and The Stitch Witch, by Sarah Seahorse and Luna Aquatica of Melbourne, Victoria, won for Australia and the South Pacific.
The total prize pool of 40 awards had a combined value of NZ$165,000. Thirteen New Zealand-designed garments won 15 awards, and 24 awards were won by 18 international designs. 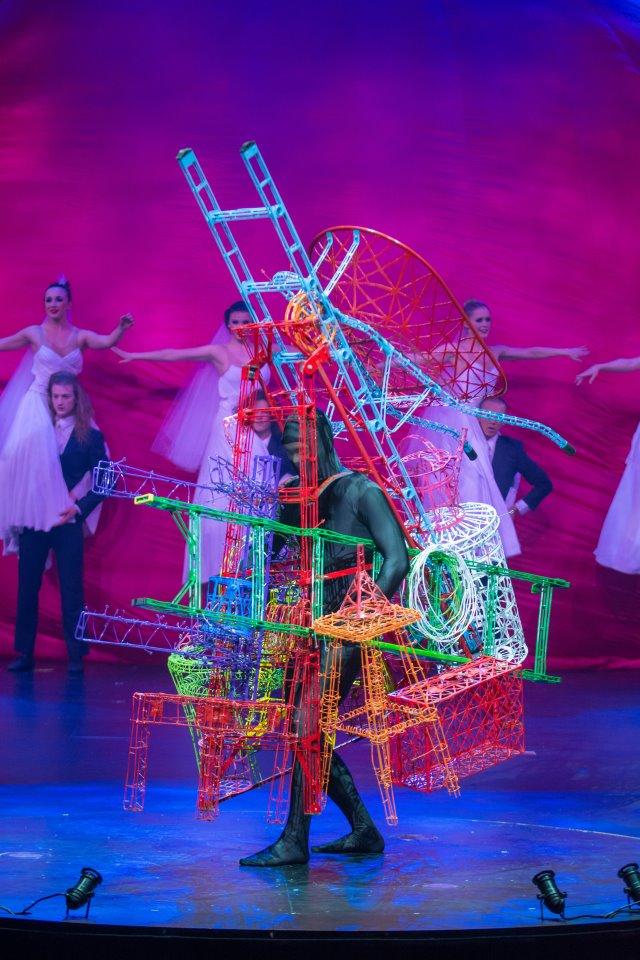 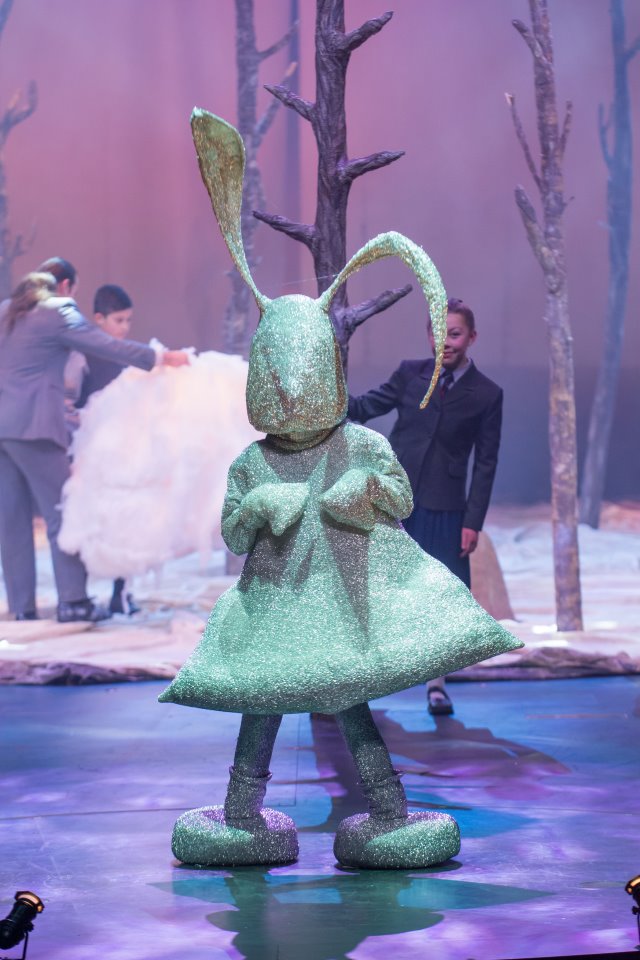 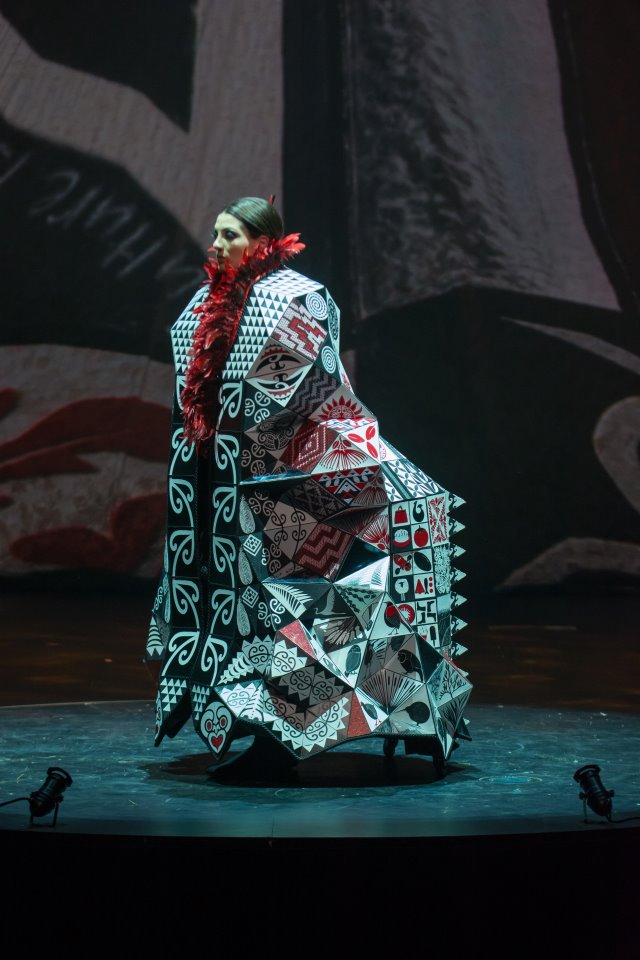 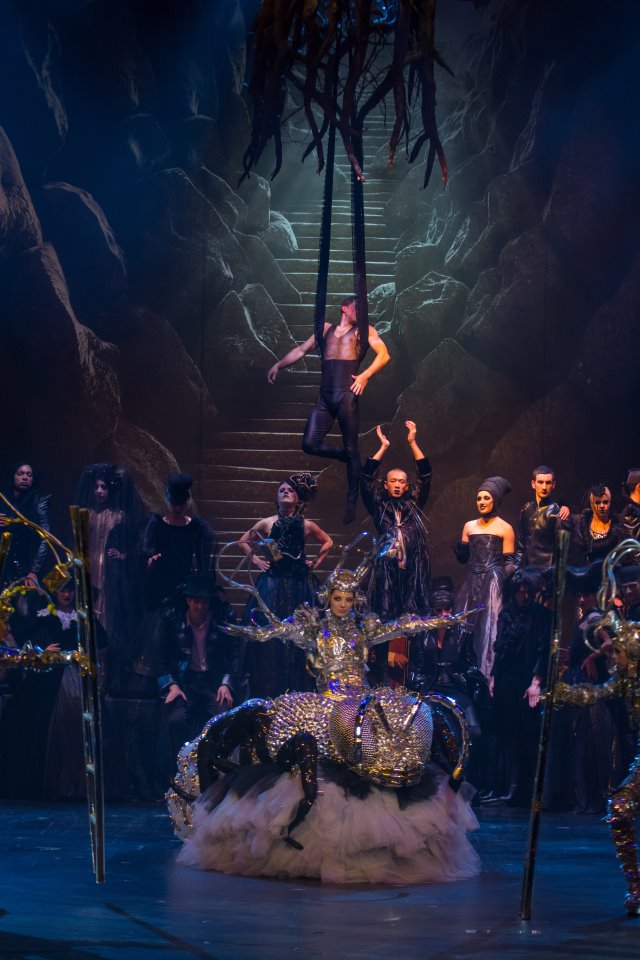 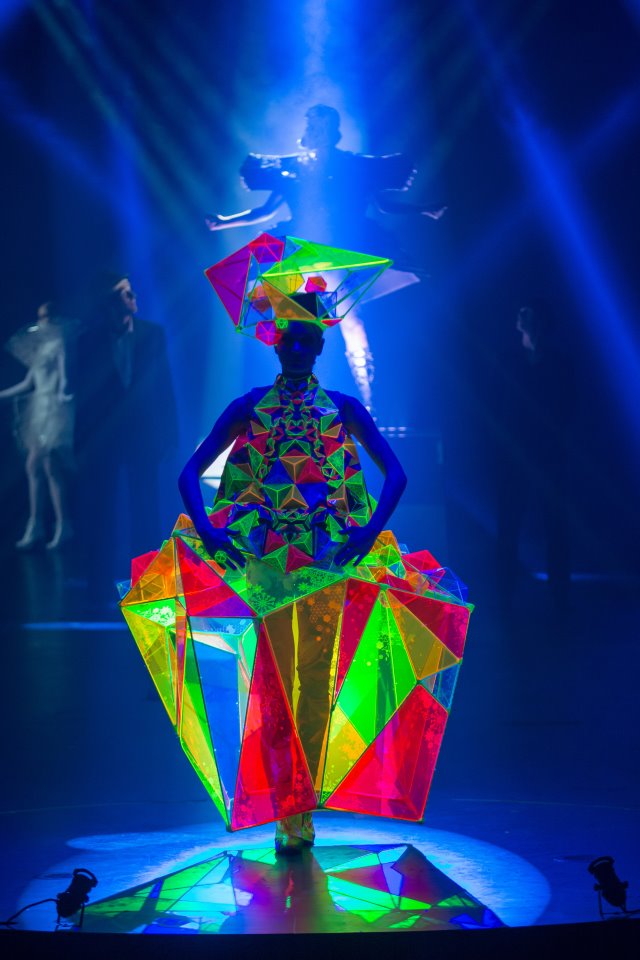 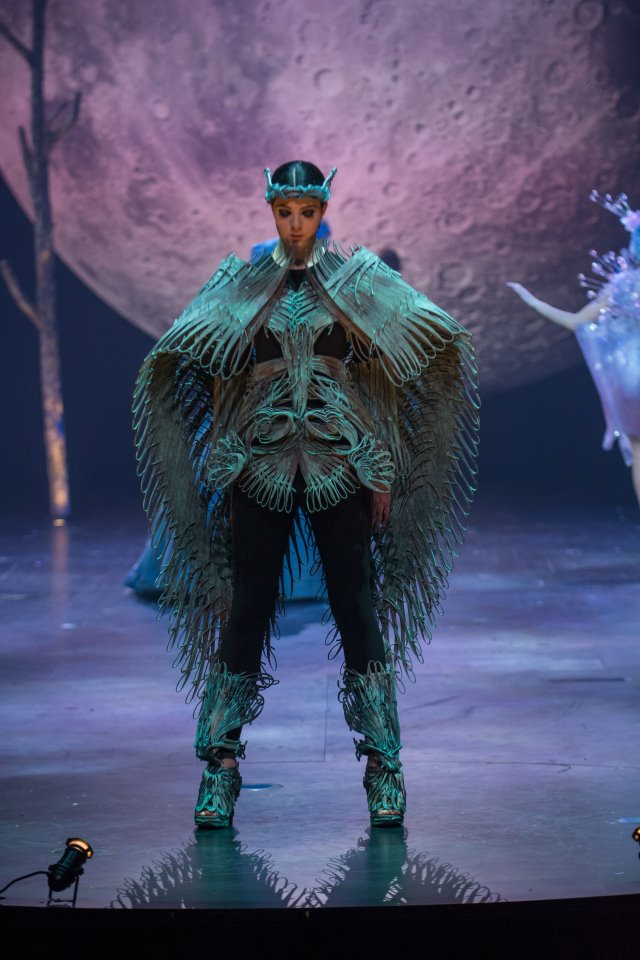 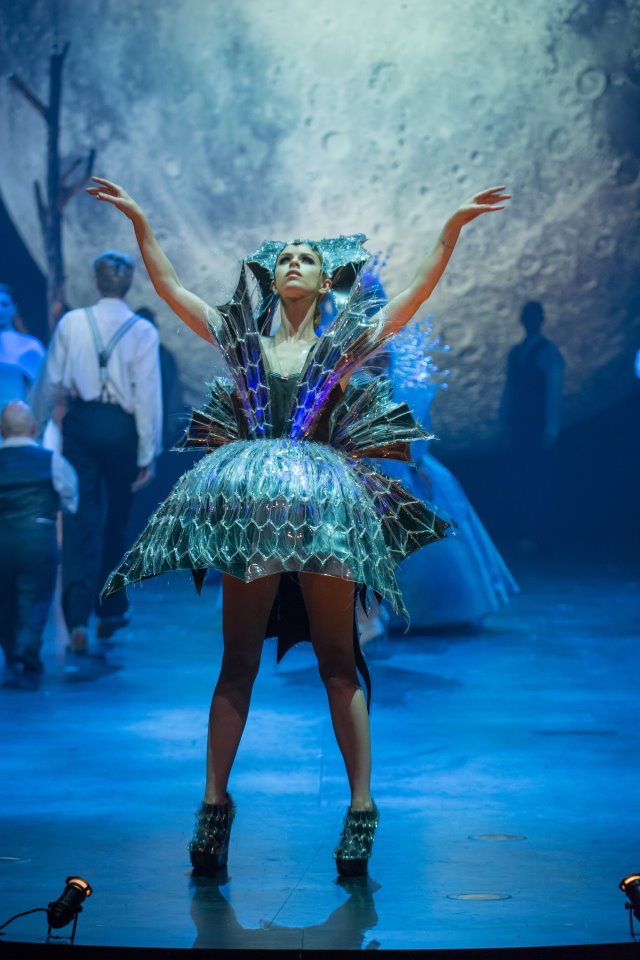 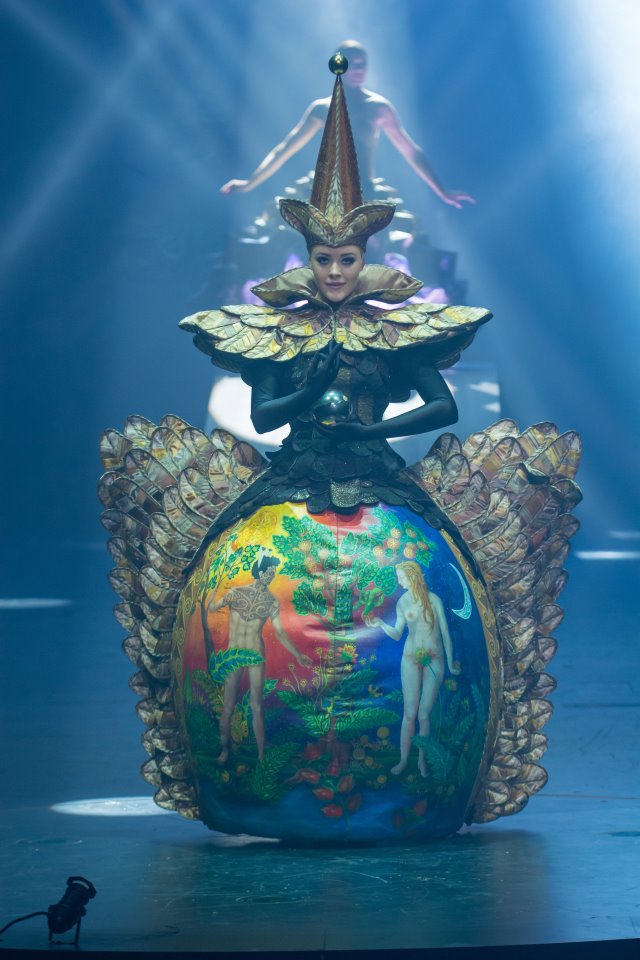 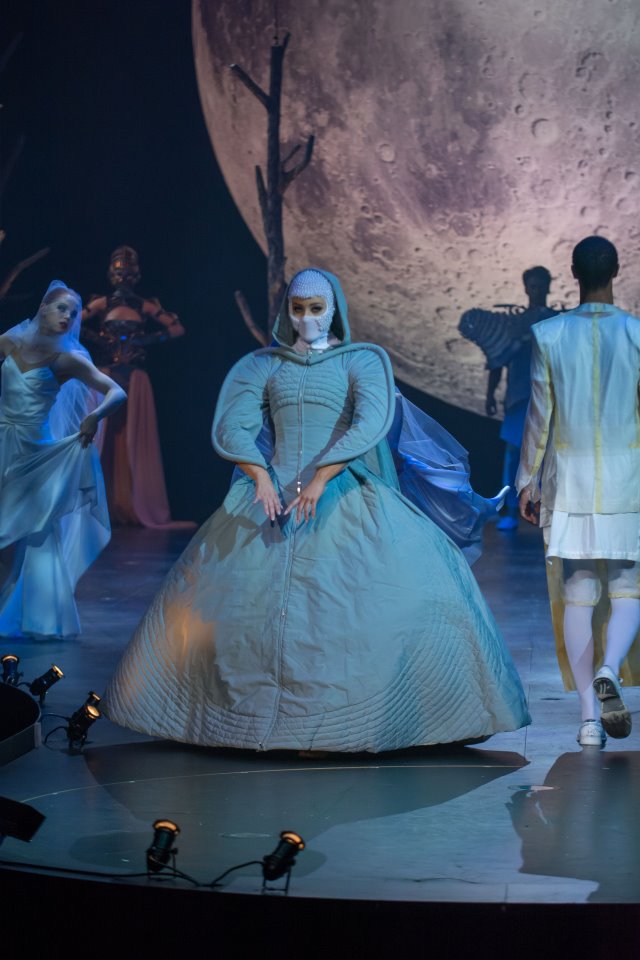 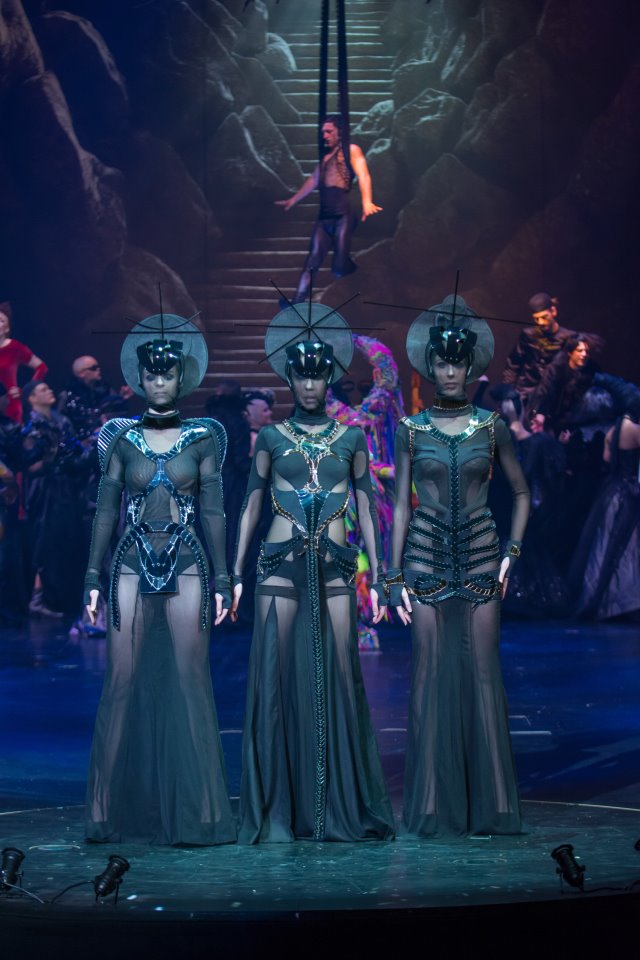 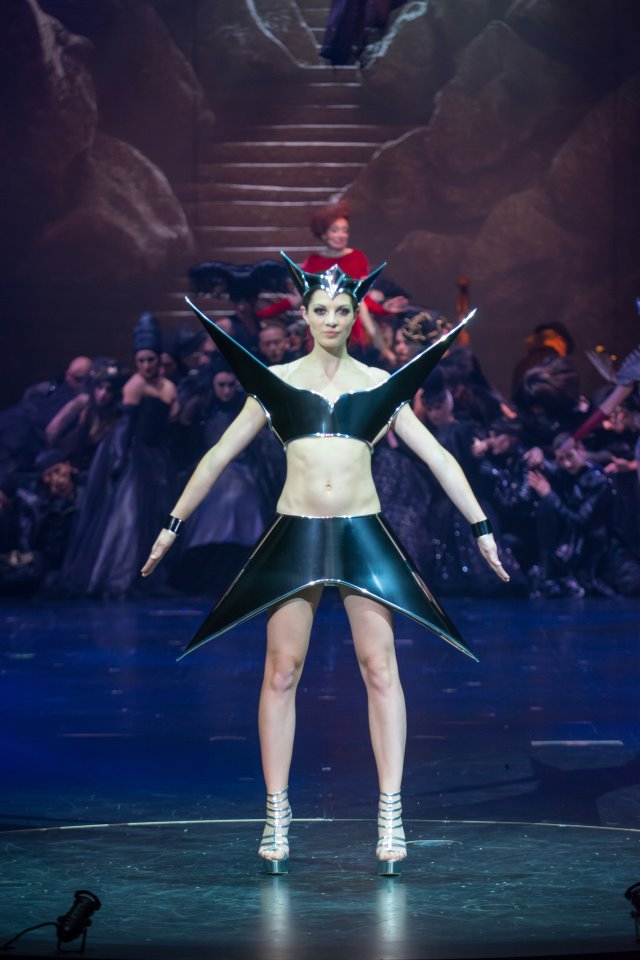 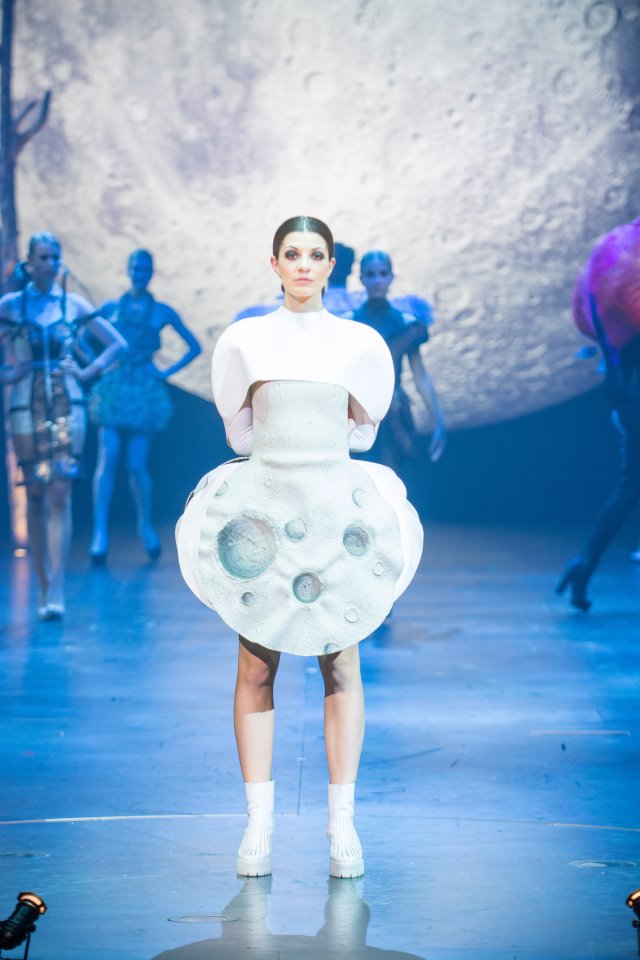 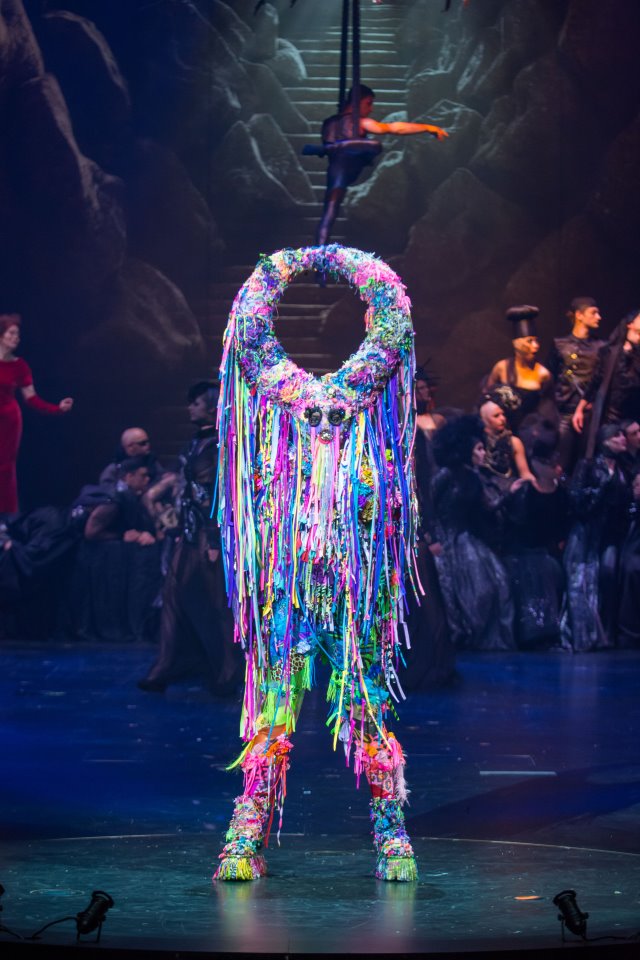 Above, from top Tinker, by Jeff Thomson. For Annie, by Doreen Helms and Susan Thurner. On Reflection, by Philippa Stitchbury. To Be or Not to Be, by Joanna Peacock. Kaleidoscope, by Tess Taverner Hanks. Get Behind Me Satan, by Rodney Leong. Exotic, by Qianwen Hong. Templa Mentis, by Danielle Sasvari. Brave New World, by Ewelina Kosmal. M45 Pleiades by Maria Tsopanaki and Dimitri Mavinis. Starship Girl, by Julian Hartzog. Mona, by Kerryta Chau, Wing Lam Yeung and Emily Lau. The Stitch Witch, by Sarah Seahorse and Luna Aquatica.