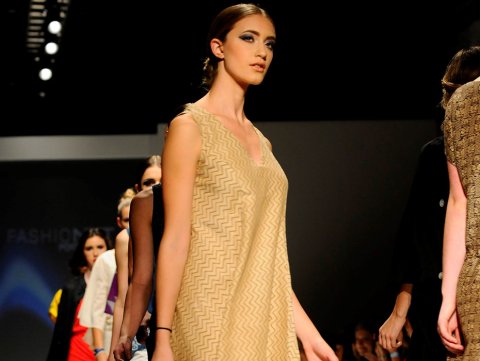 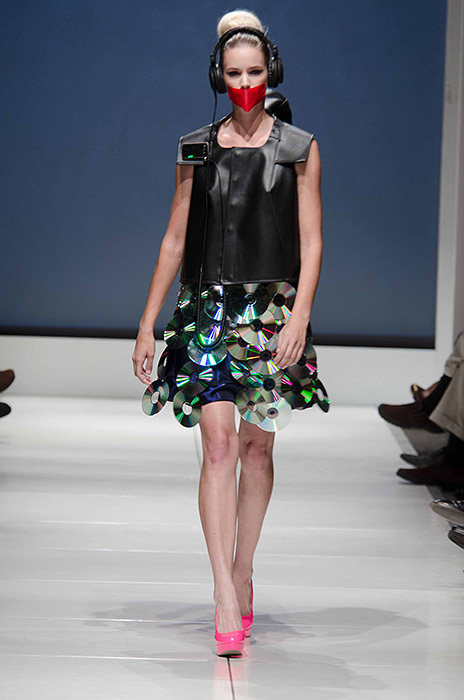 Above High-tech from the Intel Personal Cloud Concept collection by Seth Aaron and Viktor Luna.

FashioNxt, previously known as Portland Fashion Week, wrapped after four days of intense fashion events last Saturday.
Portland Fashion Week was evolved into a fashion event showcasing exhibits and runway collections. In Portland, the latest fashion meets latest technology and set a standard of fashion-forward lifestyle with sustainability.
Despite the runway venue being in what was basically an industrial warehouse, it was well decorated in Portland’s own æsthetic and successfully transformed how future high fashion events might look like.
The shows began with the Intel Personal Cloud Concept collections, which was the collaboration between Project Runway’s Seth Aaron and Viktor Luna. Personal Cloud provides the user access to important back-up data from anywhere. This collection, inspired by Personal Cloud, was a perfect way to start off the FashioNxt runway shows to display the futuristic styling of what is next in fashion through some of the nation’s top emerging talents.
Although Portland, Oregon is known to be a rainy city, where locals often get cozy in black and a million shades of grey clothes, designers pushed their limits and challenged Portlanders with bold colours and risk-taking styling in their collections.
Local emerging designer, Amanda Grisham, successfully turned timeless Pendleton wools into young, feminine spring attires with a bold choice of colour combinations. Traditional Pendleton patterns went nicely with some of the unexpected colours like creamy key lime.
Unexpected colour choices were also seen at the collection of another local designer, Stephanie Dong. Stephanie D. Couture showed off its cocktail dress collection which was all about rich and vivid colours with various patterns and textures, even incorporating a seasonal high–low hemline. Dong, also a wedding gown designer, knows it all. Her collection was a celebration of women’s natural body curves and a feminine silhouette, and she successfully delivered.
Project Runway All Star Gordana Gehlhausen’s evening gown collection started off with multi-coloured gowns, then moved on to a beautiful, airy A-line gown with vivid colours, accented by feathers, which gave an international feel. Gehlhausen finished it off with a bright pink gown to show her support of National Breast Cancer Awareness Month.
But the crowds immediately responded to another Project Runway All Star. Michael Costello’s all-about-black-and-gold line was the fashion week finalé. Every single piece at his Spring Seduction collection, you could easily picture Hollywood celebrities wearing on the red carpet. As Costello’s collection was inspired by French women and Parisian couture, it was orchestrated by various textures, linings, and fabrics coming together to create gowns that are perfectly fit to independent, luxurious figures. Costello’s showcase of sparkly collection was a perfect close to FashioNxt.
Other Project Runway designers, including local favourite Becky Ross, also served as a spokespeople for FashioNxt. Season 9’s Joshua Christensen, and All Stars season 2’s Joshua McKinley joined fellow cast members.
As an indie designer town, Portland is definitely growing. Recently featured by Time, its local fashion show business is in the national spotlight. Portland keeps cultivating local talents and inviting some of the nation’s most publicized designers to its runway. As a result, it successfully put together a unique atmosphere that was fresh, vibrant, and fashion-forward. Some who attended the first fashion show talked about the reason they came to see the runway show: because there is some buzz going around the town that brought them to the show with curiosity. It will be interesting to see how FashioNxt grows in the next few years, as well as the fan base excited enough to join this local fashion movement that could possibly become a nationwide phenomenon.—Yuka Murai 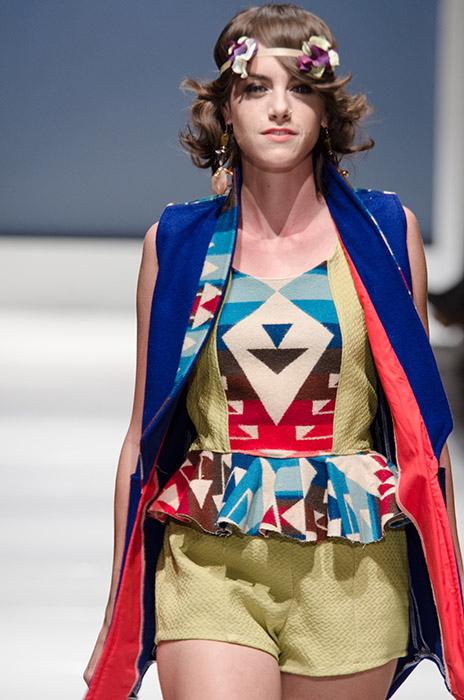 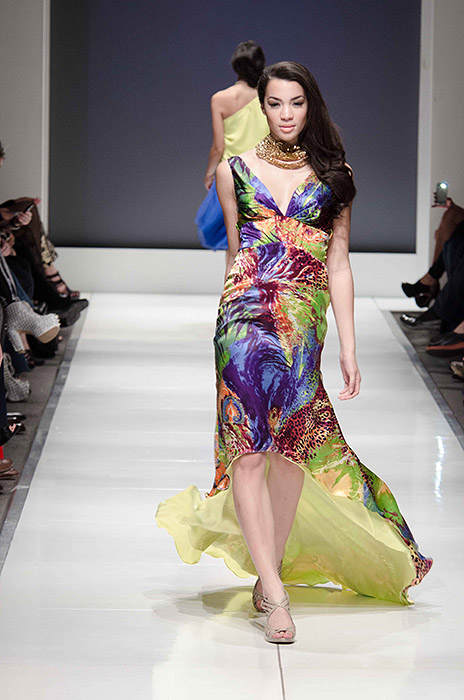 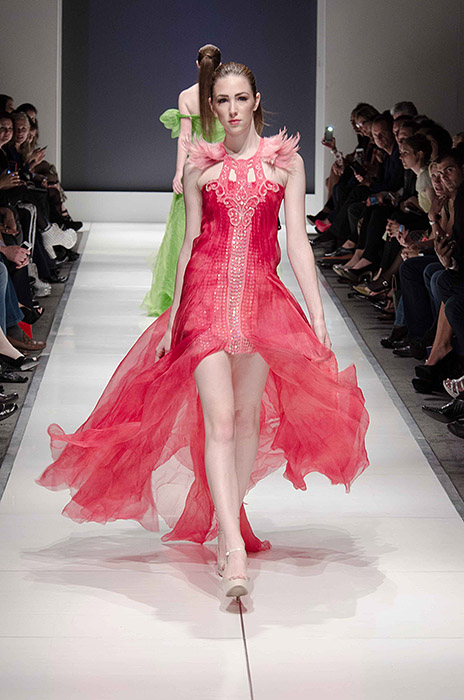 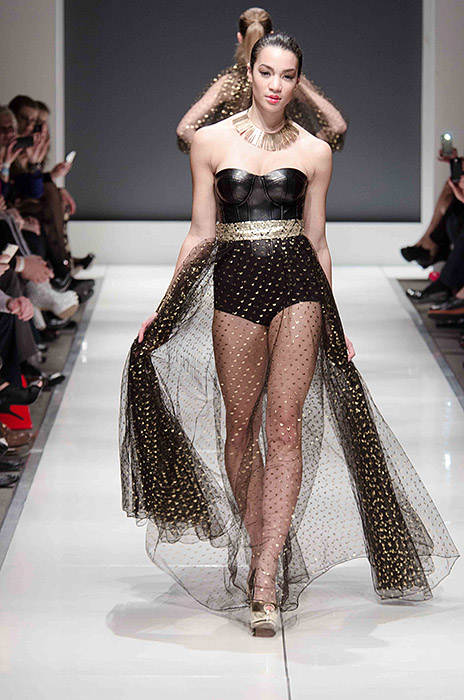